As any Game of Thrones fan worth their salt knows, Jaime Lannister and Brienne of Tarth’s friendship slash uneasy alliance slash maybe-romance is the most important relationship in this godforsaken winter-blighted landscape. And as the impending Battle of Winterfell drew closer in tonight’s episode, “A Knight of the Seven Kingdoms”—forcing everybody to confront their mortality and make some Choices—Jaime and Brienne came to the forefront in a truly glorious way.

First of all, Brienne jumped in to defend Jaime to an (understandably) skeptical Daenerys, vouching for him both as a warrior and as a man. Dany’s still unconvinced, but because Sansa trusts Brienne implicitly, Jaime gets to stay. We then get some classic back-and-forth screwball banter—“We’ve never had a conversation this long without you insulting me,” Brienne notes, accurately, to which Jaime replies, “You want me to insult you?”—which leads to Jaime telling Brienne, “I would be honored to serve under your command, if you’ll have me.” My emotions!

The night before the battle, everybody’s hunkering down searching for ways to stay warm and distract themselves from their impending deaths, which is how Jaime, Brienne, and Tormund—a.k.a. the purest love triangle in the history of GoT—end up hanging out together. Tormund, incidentally, is just relentlessly shooting his shot with Brienne all the way through this episode, and you’ve gotta respect that even if you, like me, are ride or die for Jienne (Braime? I guess we can worry about ship names if they both make it out of next week’s battle alive.)

After Tormund tells a story about drinking breast milk from a giant lady that is the definition of “weird flex, but okay,” the real Moment of this 69th episode of Game of Thrones arrives. Astonished to learn that Brienne is not a knight, thanks to a technicality we all like to call Patriarchal Bullshit, Tormund says if he were a king he’d “knight her ten times over.” Not to be outdone by that deeply loaded statement, Jaime then points out that in fact, any knight can make another knight.

And then. And then. JAIME KNIGHTS BRIENNE. 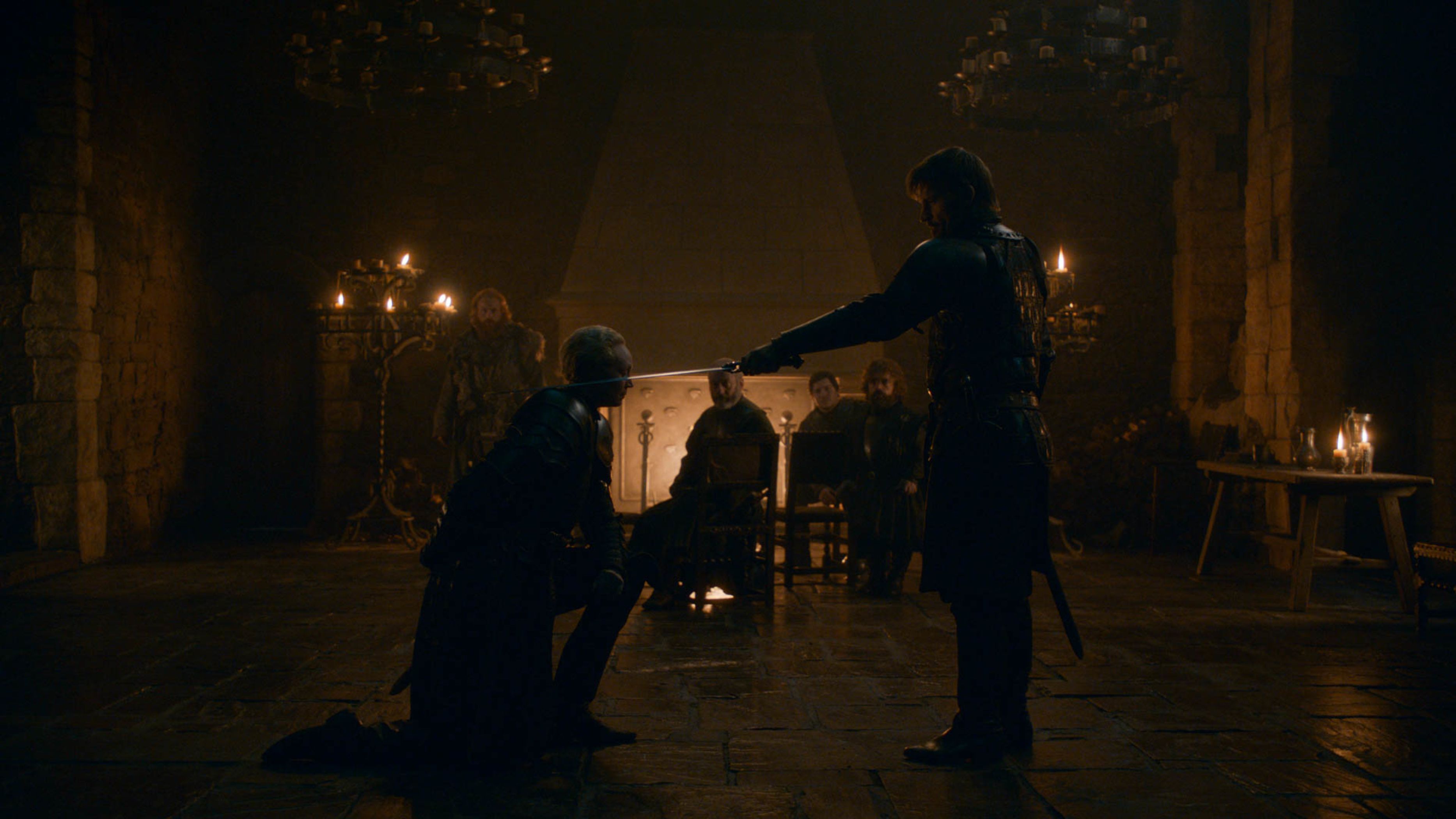 Twitter was having every single one of the feelings at this point.

Ugh this is basically the closest they’re ever going to get to making out, isn’t it?

And then everybody toasts Brienne of Tarth, Knight of the Seven Kingdoms, and her smile is SO WIDE and Jaime looks at her with SO MUCH LOVE and I’m simultaneously so happy and so deeply, deeply scared because one or both of these people is definitely going to die next week, right?

At least there was a glimmer of light in HBO’s post-episode behind the scenes segment, in which co-showrunner D.B. Weiss noted that Brienne “obviously has feelings towards [Jaime] that she’s never come to terms with, or even allowed to come to the surface of her consciousness, but they’re there.” Mm-hmmmm.

In conclusion, I WILL GO DOWN WITH THIS SHIP.

Mystery over village losing broadband every morning is finally solved

Sasha Lane Defends Smoking in the Bathroom at the Met Gala