JAMEELA Jamil revealed that she attempted suicide six years ago. 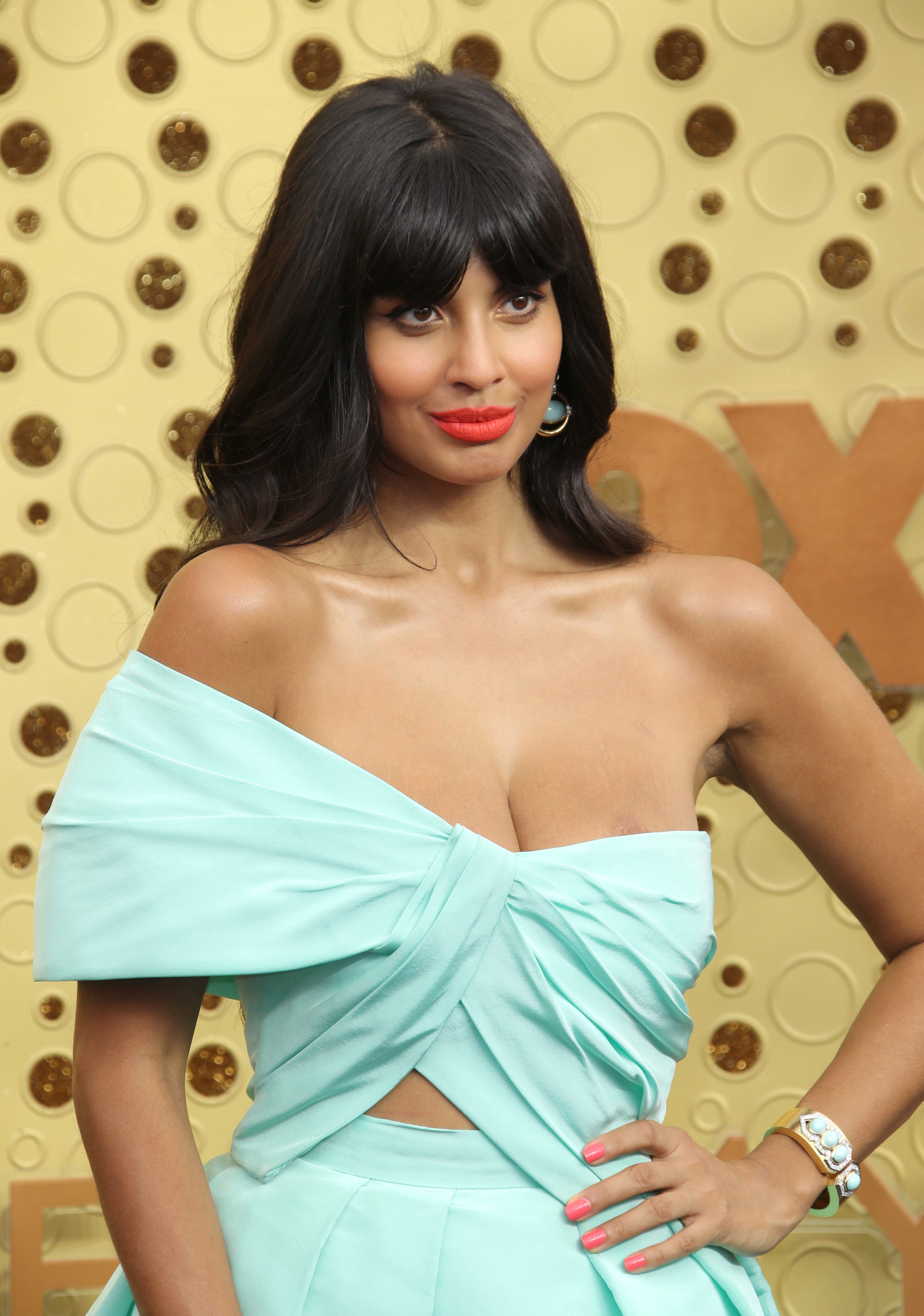 "Today is #WorldMentalHealthDay This month, 6 years ago, I tried to take my own life. I’m so lucky that I survived, and went on to use EMDR to treat my severe PTSD," she wrote.

Her tweet continued: "I urge you to hang on just a bit longer and ask for help if you need it. Because things can turn around. I promise."

"Not everyone is lucky enough to be able to access affordable therapy. But if you can’t, in the mean time, there are helplines ( @crisistextline @giveusashoutinsta ) and community groups online around the world and friends and family who might surprise you as to how supportive they can be," she captioned. 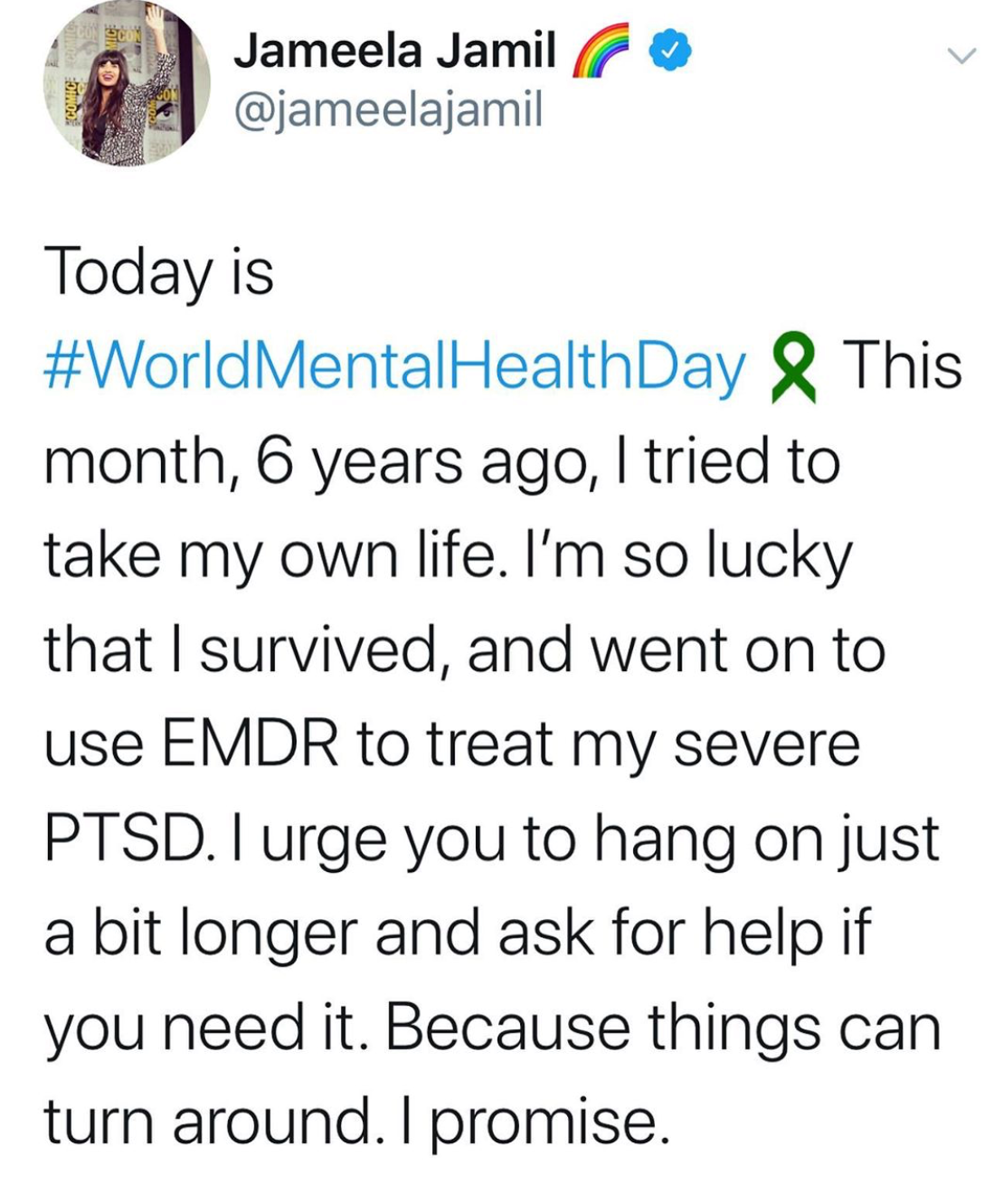 The British actress received considerable support from followers for opening up about her mental health battles.

Imagine Dragons musician Daniel Reynolds wrote: "you are such a powerhouse we are lucky to have you in our world X", while other followers shared their own traumatic experiences. 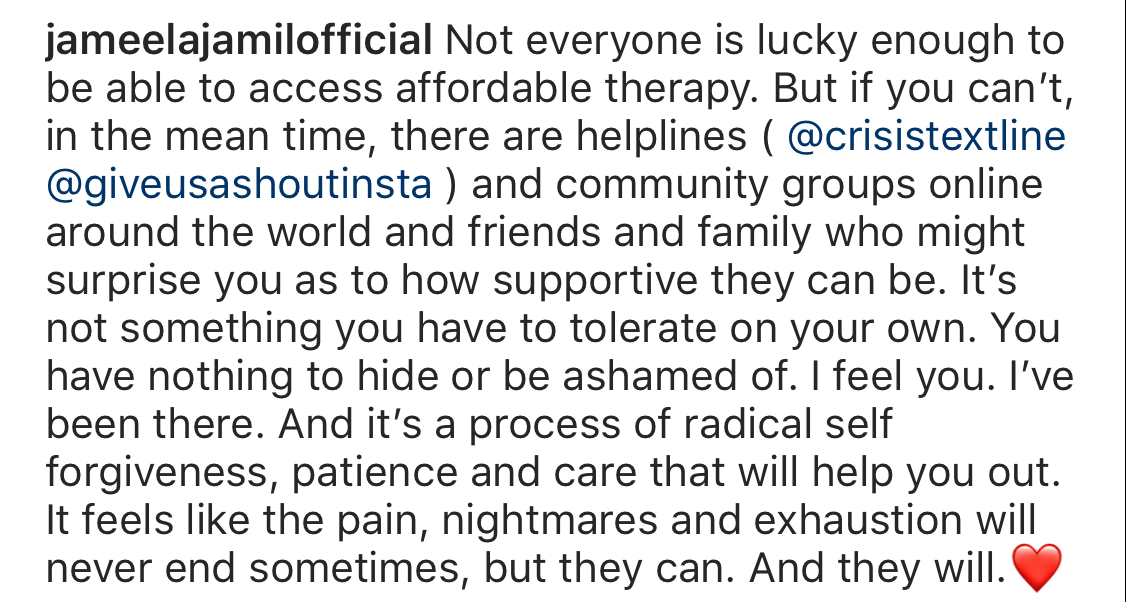 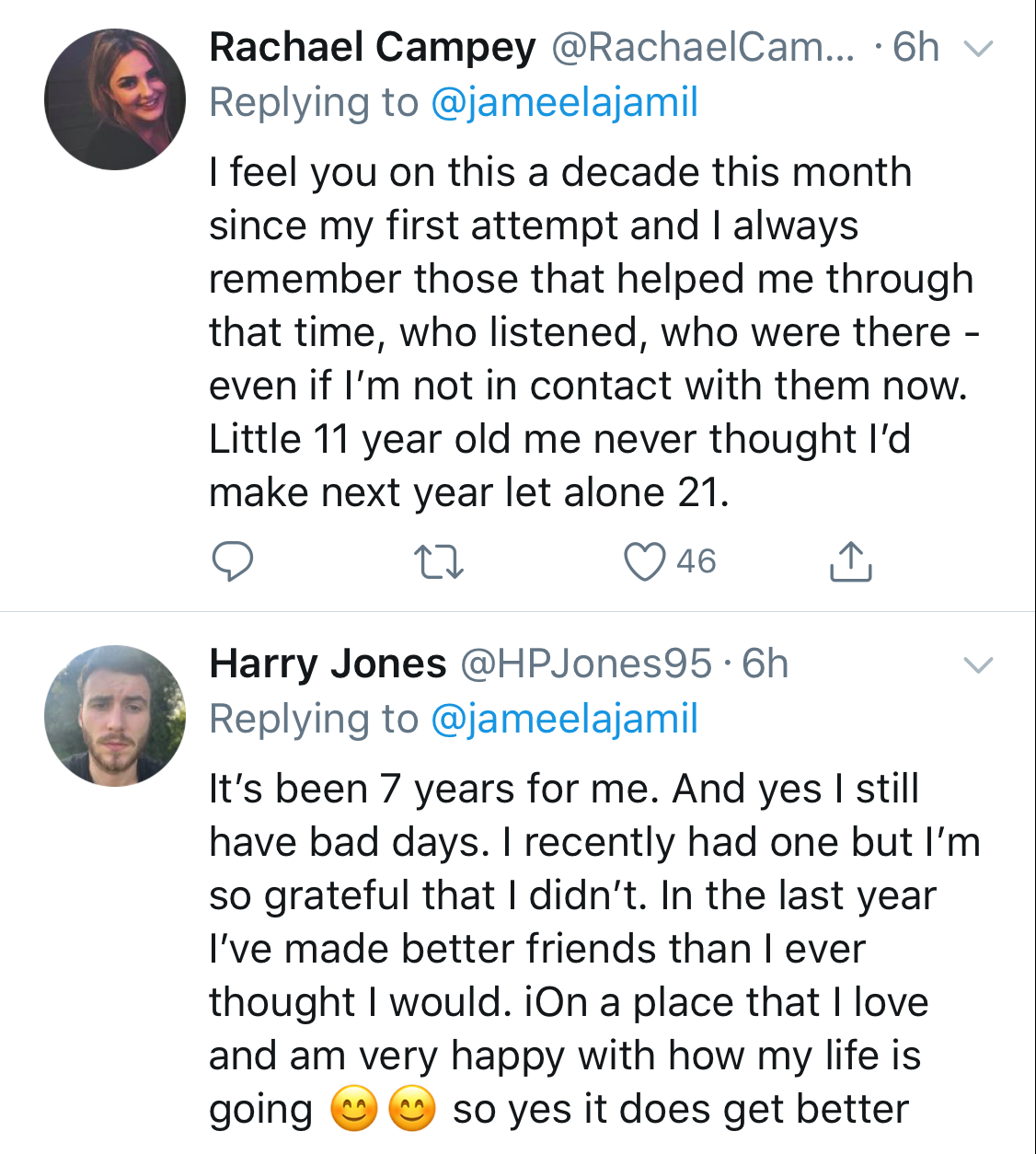 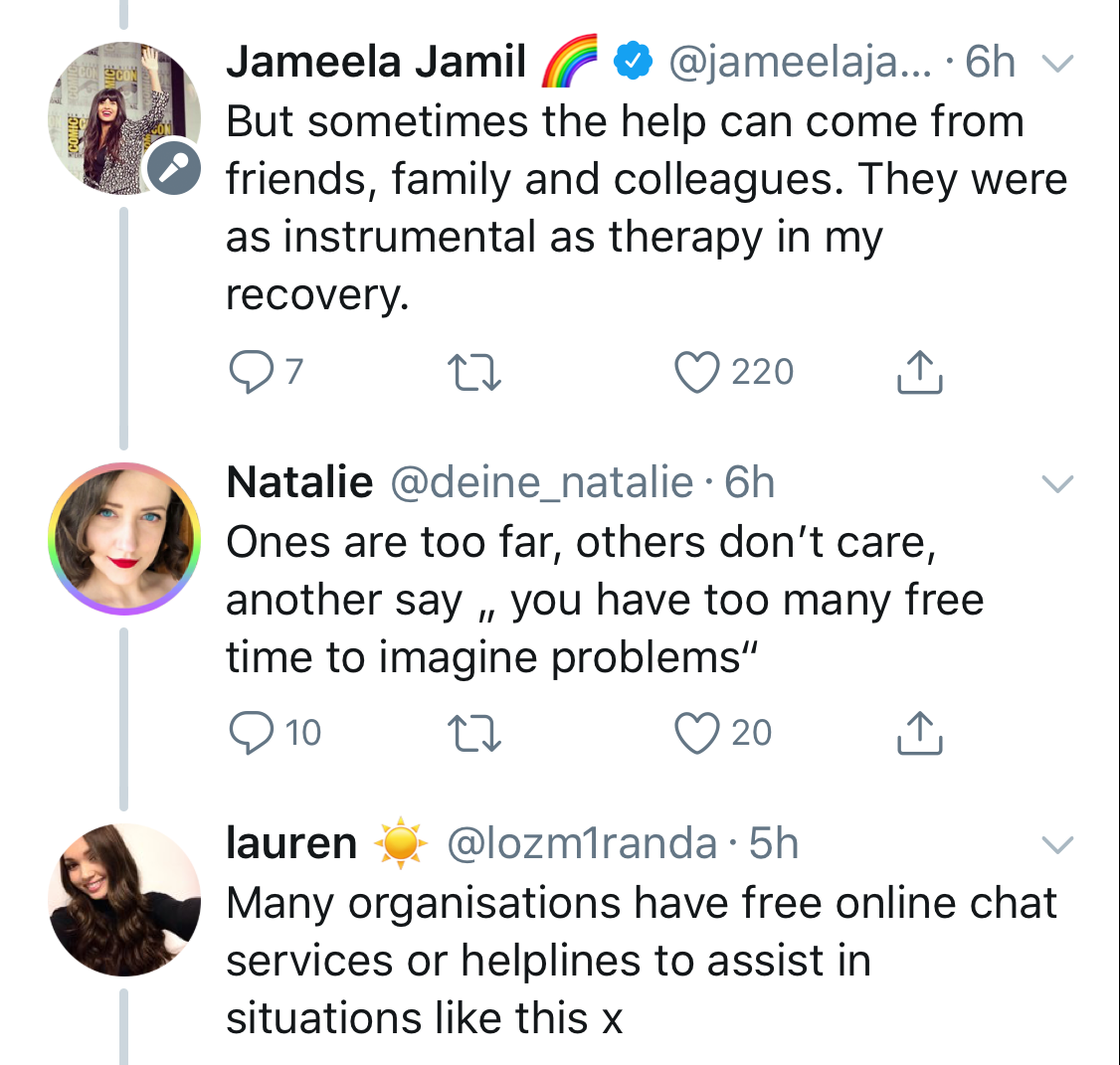 Jameela is often outspoken on her social media and recently received backlash after claiming that she wasn't educated in George Bush's presidency.

She fired back when a follower accused her of living in privilege, writing: "I was deaf, abused and physically disabled and broke… with no internet or cable and two parents who didn’t finish their educations or ever discuss politics. The height of privilege…"

Jameela also revealed how having cancer twice had changed her own attitude towards aging, as she hit back at a cruel troll on Twitter who said she was "too old" to dress a certain way.

The striking actress said that having cancer made her grateful to get older, as she slammed the author of the tweet for being "ageist." 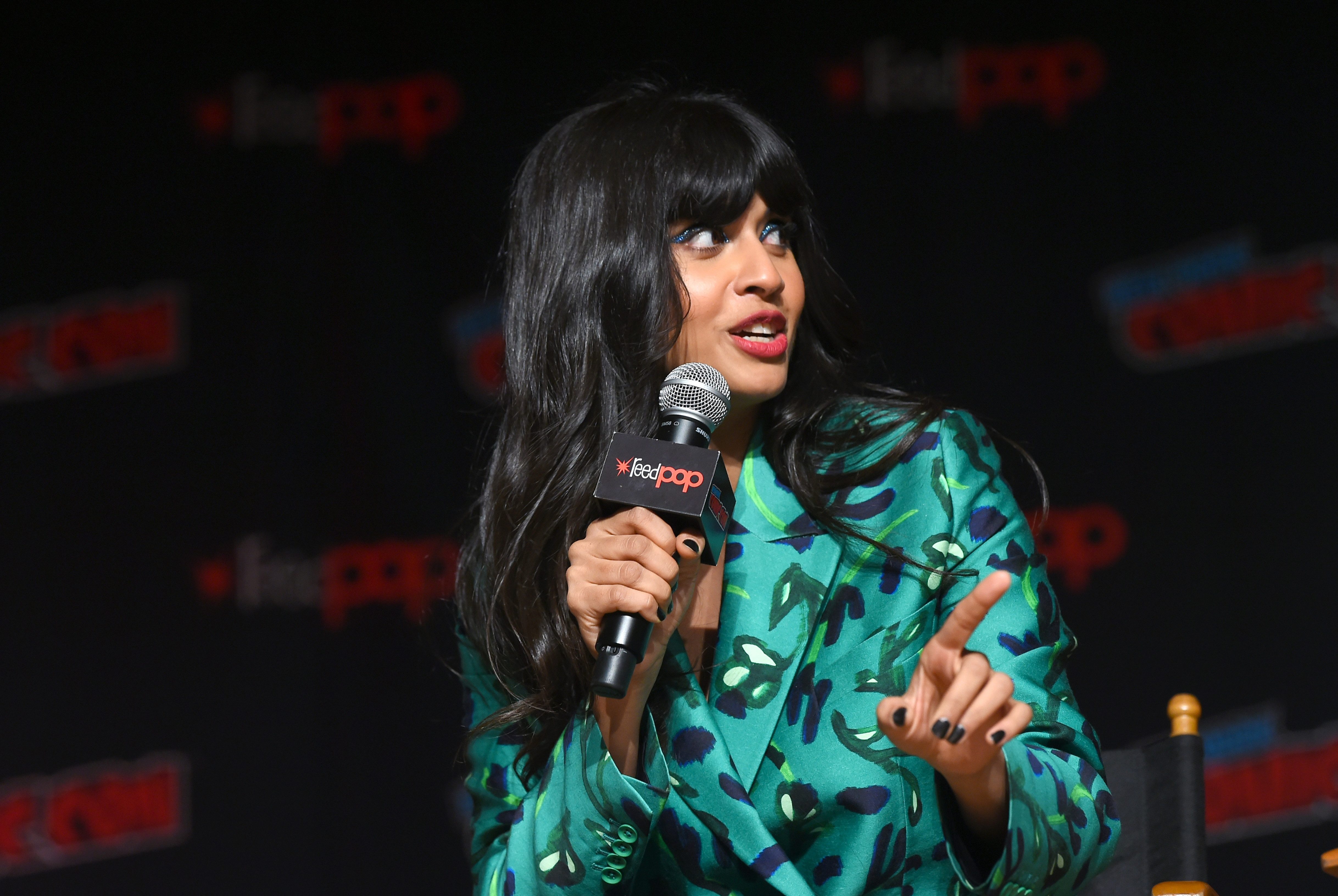 She had shared a picture of herself wearing a floral dress for the troll to comment: "You are too old to dress like that. Not a good look".

The beauty – who stars as Tahani Al-Jamil on NBC's hit comedy series – wrote: "I would just like to say, that as someone who has been chronically ill my whole life, and had cancer twice, I find it EXTREMELY offensive that there is a cultural taboo around aging.

"Those of us who fight for our lives and those who lost that fight young, deserve more respect."

She had previously revealed in 2015 that she had suffered a breast cancer scare following the discovery of a lump which later turned out not to be cancerous; she also suffers from a coeliac disease and severe food allergies and her spine was damaged when she was hit by a car when she was 17.