Jamie Oliver has faced criticism for launching a microwaveable jerk rice, with MP Dawn Butler accusing him of cultural appropriation.

Butler called out Oliver on Twitter, asking if he knows what jerk really is and saying “this appropriation from Jamaica needs to stop”.

And the debate reached Good Morning Britain today (August 20), with chefs Levi Roots and Rustie Lee suggesting that it was a mistake to market the “punchy junk rice”.

Speaking to guest hosts Kate Garraway and Jeremy Kyle, Roots said: “I could not believe it that I woke up yesterday and saw my name trending on the internet. I thought people were calling me a jerk!

“I taught Jamie how to cook jerk. We did a fantastic thing many years ago in Clapham Common […] we actually got the ingredients from Brixton market – it was the real deal.

“I do think it was a mistake by Jamie, either by him or by his team. Maybe he wasn’t actually even involved.”

Lee explained that she is unhappy that the product has been marketed with the name “jerk”, as this is not an accurate depiction of the cooking method.

“I’ve just tasted it and it just tastes like Caribbean rice and peas with flavour in it,” she said. “Jerk seasoning, jerk marinade, it’s a marinade and the jerk part of it is BBQ, you cannot BBQ rice.

“Yes [Butler] was harsh, but it wouldn’t have come to our notice if she hadn’t used those words. She’s absolutely right.”

And when asked why the matter was so serious, Lee responded that the incorrect use of “jerk” is an “insult”.

“The people who have this, it’s their thing. They would be offended by it,” she said. 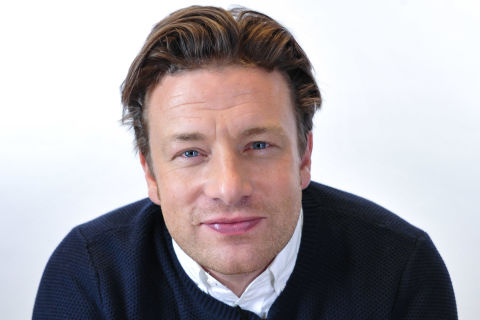 “It is an insult. Jerk is from the Caribbean. As much as I love Jamie, the point is, it’s getting on a bandwagon to say it’s Caribbean. It’s taking away from us.”

But Roots said that he didn’t see it as being “that serious”, saying that people who haven’t grown up with Caribbean food need to learn more about what it is.

“I don’t think it’s that serious. I really don’t,” he said. “Caribbean food – for it to get to where we want it to get to – we have to change things.

“You’ve got to know what jerk is. Jerk is either a method of cooking or it’s the marinade itself.”

Others also questioned whether the issue is a serious problem, with MP Neil O’Brien tweeting: “If Jamie Oliver isn’t allowed to make Jerk chicken because it’s cultural ‘appropriation’ she’s going to go mad when she finds out about ‘Jamie’s Italy’.”

Digital Spy has reached out to Jamie Oliver’s reps for comment.

Hiker falls to his death at the Grand Canyon

Kendall and Kylie Jenner Found the Sexiest Tops to Wear in the Summer, and They Only Cost $33!