The singer, 52, showed off her timeless beauty as she strutted her stuff in a flowing gown at the showbiz bash in New Jersey on Sunday, where she picked up the prestigious Rock Star award. 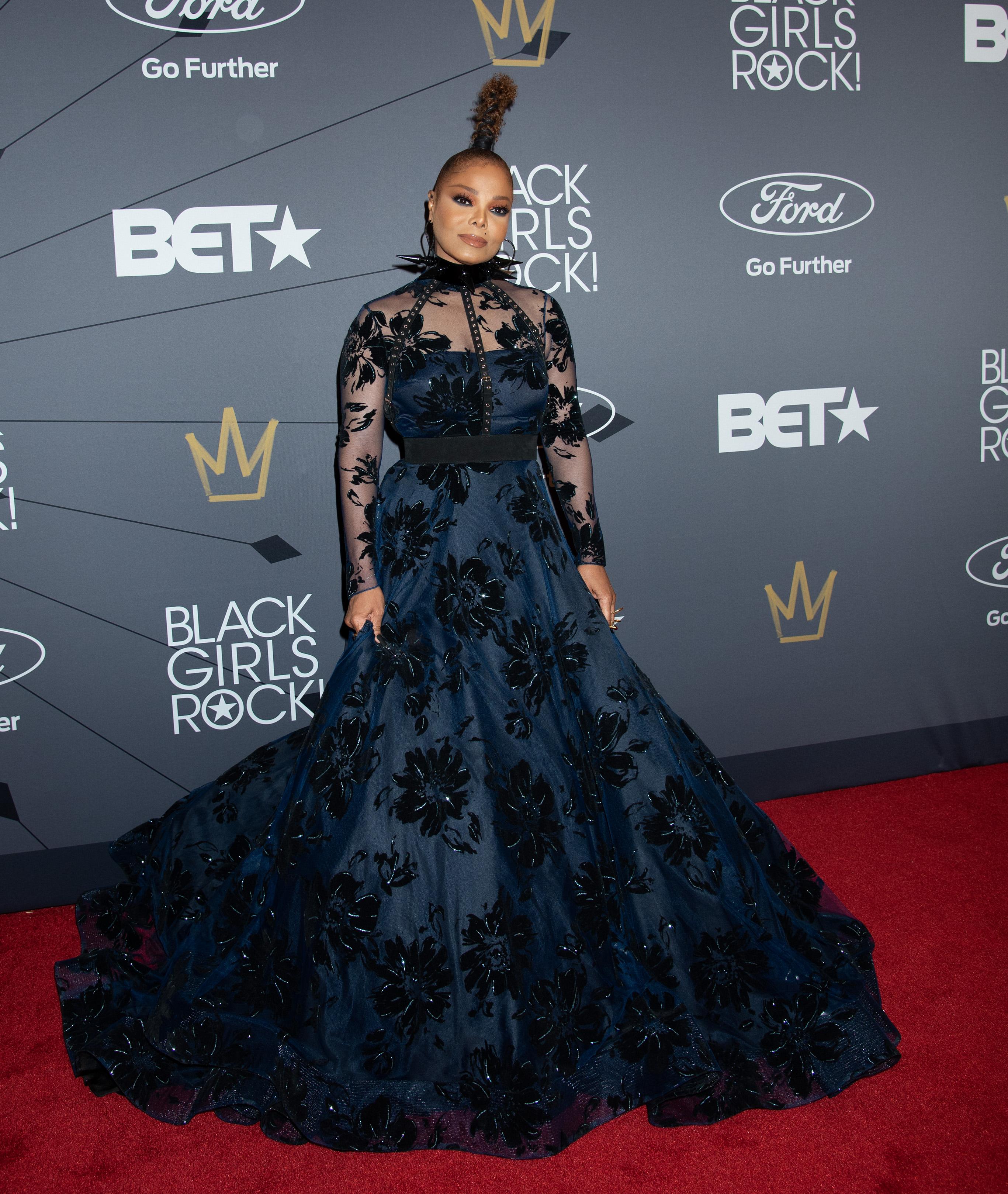 The singer, who has just released her long-awaited new single Made for Now, sent her fans into a frenzy with her statement style.

The mum-of-one squeezed her trademark curves into a sheer floral ballgown with a navy dress underneath.

She added drama to her look with a thick spiked choker around her neck. 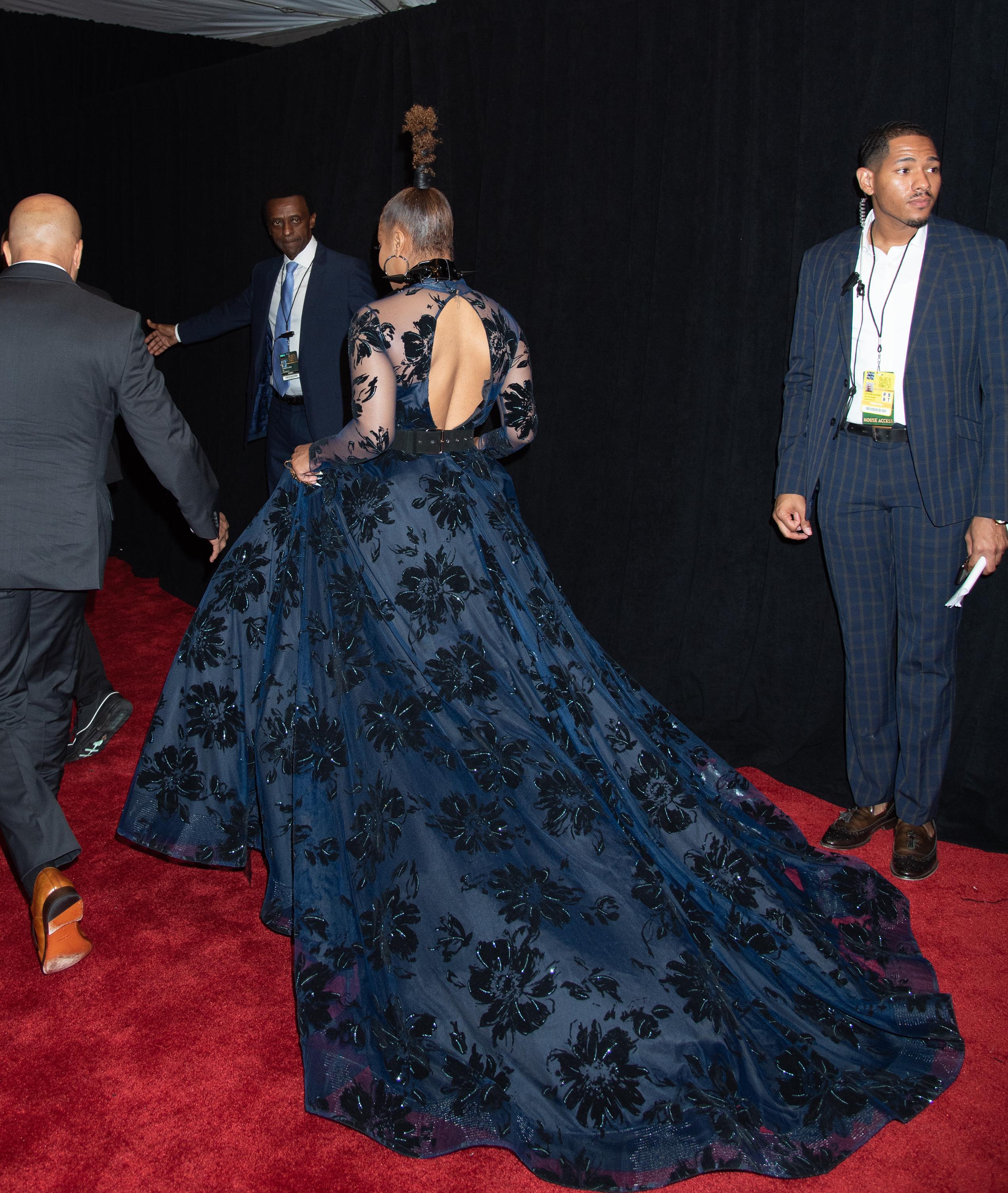 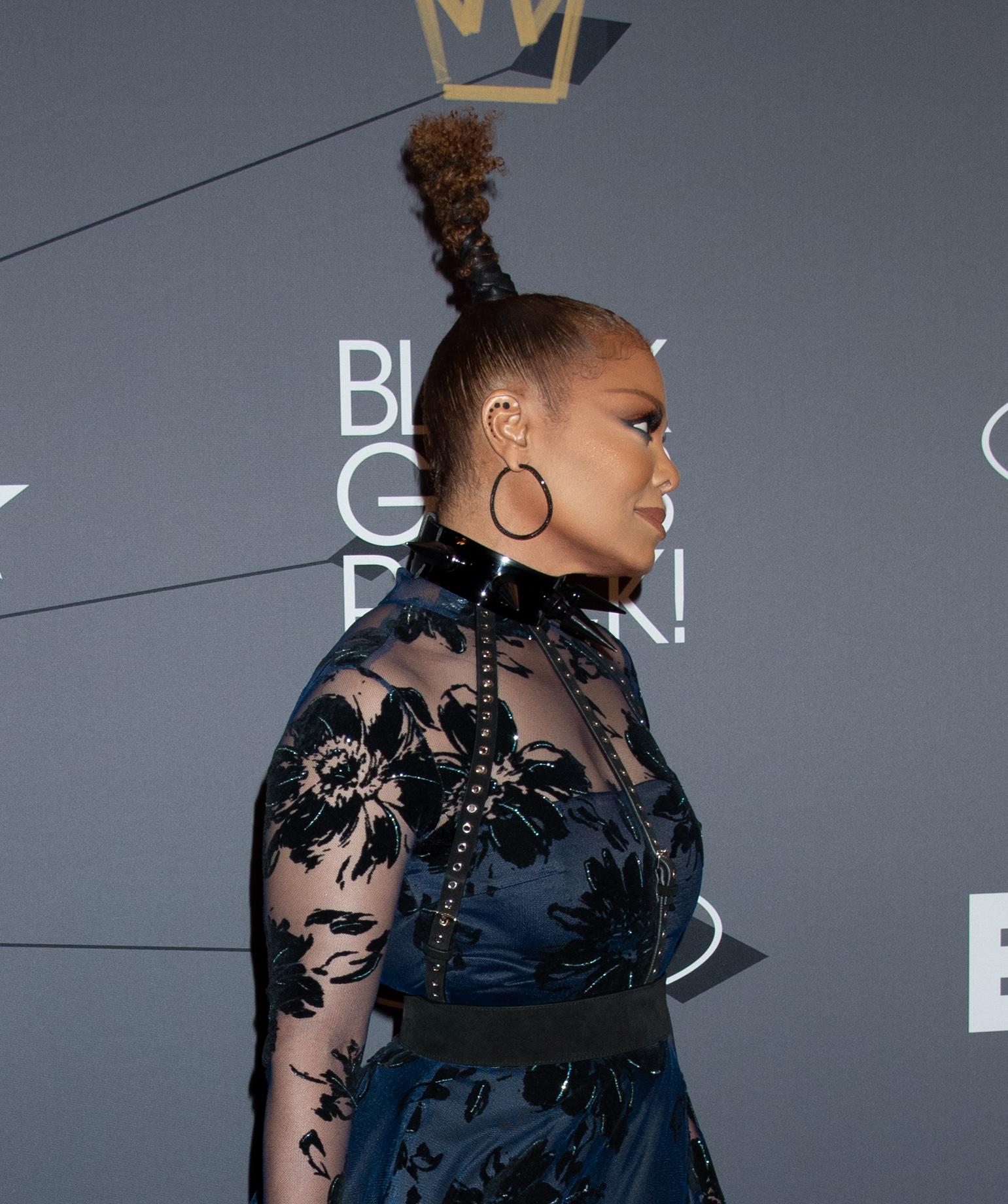 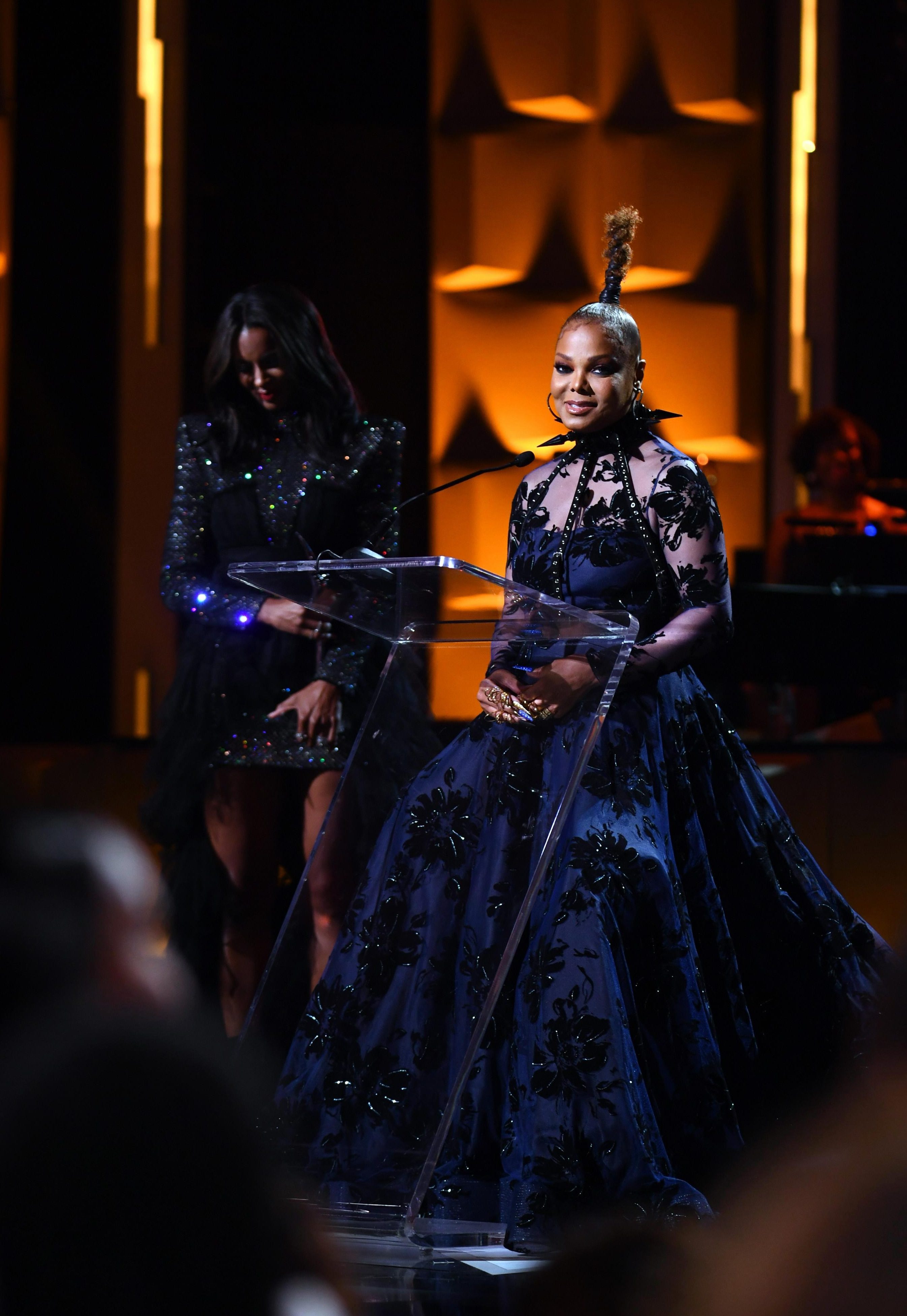 Her fans were crazy for her striking look and took to Twitter to praise her fashion choice.

One wrote: "#JanetJackson such a fashion ICON the #QueenOfPop always dress so fabulously  #BlackGirlsRock."

Meanwhile Naomi held her own in a dazzling orange number at the annual ceremony.

The British supermodel, actress and Fashion for Relief activist looked sensational in her floorlength gown, as she was presented the Black Girl Magic award for over three decades dominating the fashion world.

The sleeveless halterneck number showed off her toned and slender frame.

The 48-year-old looked more youthful than ever with a head of soft curls that fell just above her shoulders and a fringe as she received her accolade. 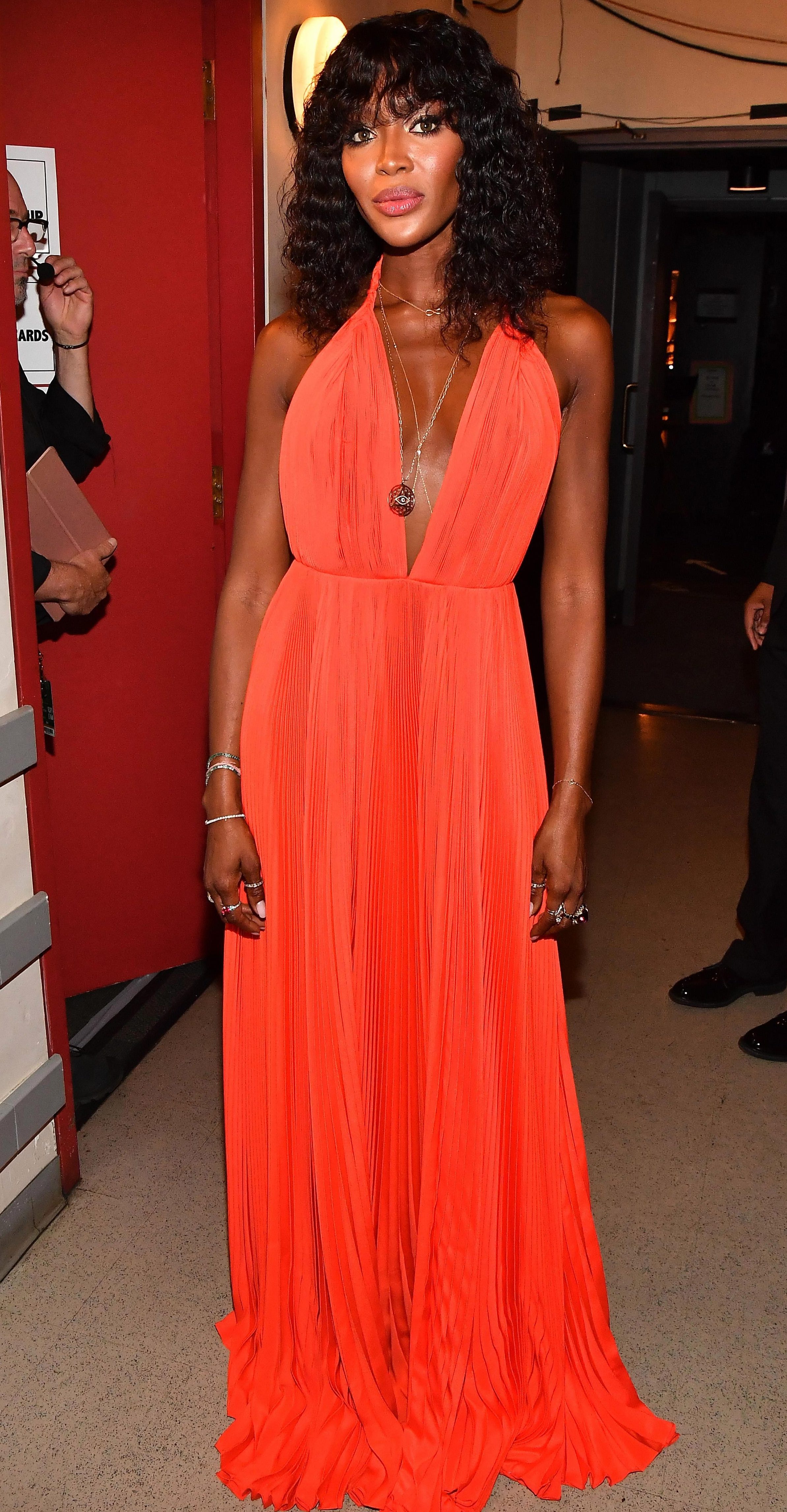 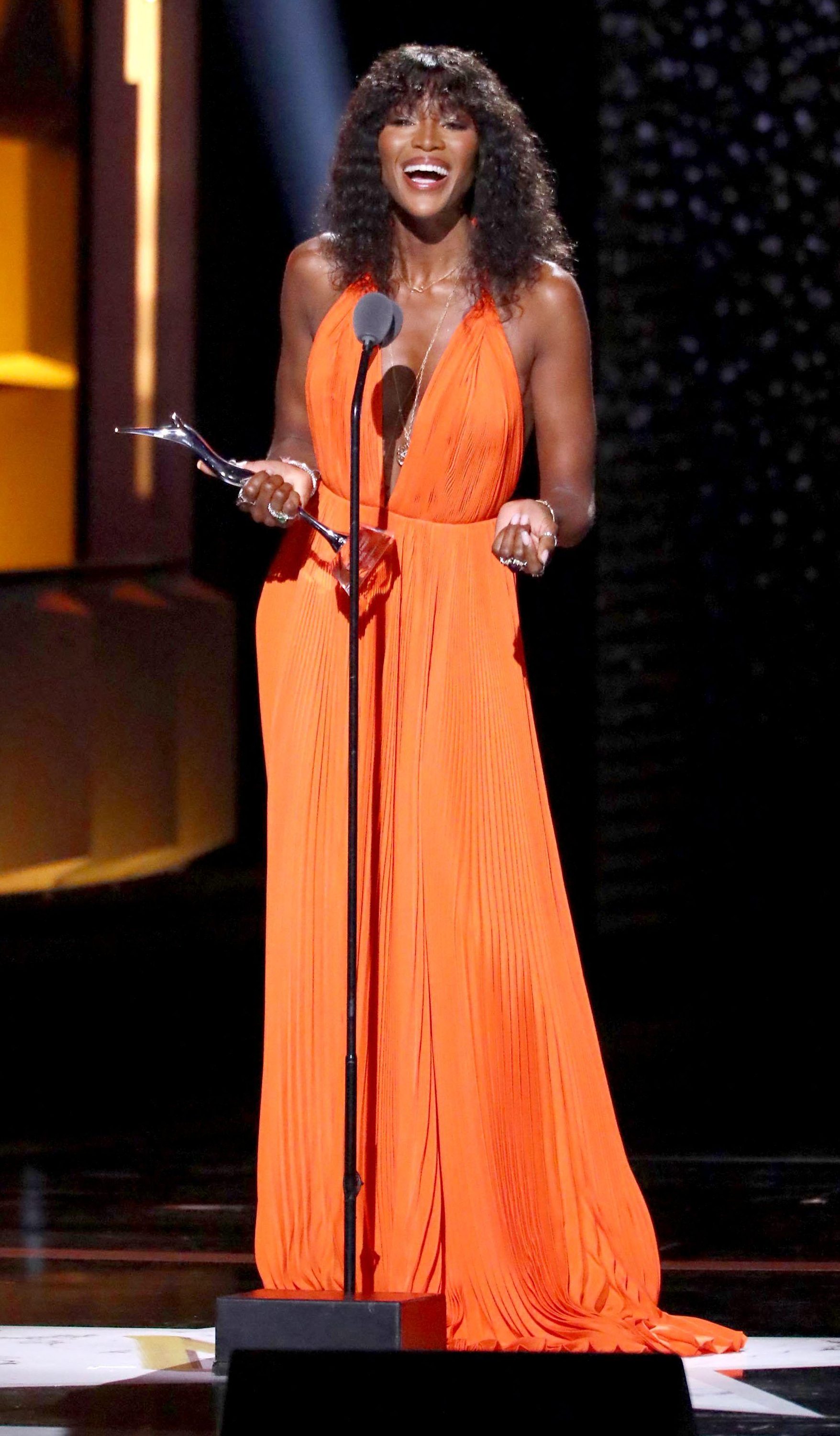 It was a night to remember for Mary J Blige too, who scooped the Star Power Award.

The chart-topping singer, 47, appeared to be ageing backwards too as she showed off her incredible figure in an animal print gown with racy cut-outs that revealed her cleavage.

The plush ceremony was hosted by actress Queen Latifah.

Khloe Kardashian Shares Most Photoshopped Pic Yet, Gets Called Out on Instagram!