Bateman previously defended Tambor, who was accused of verbal harassing co-star Jessica Walter on the set of the Netflix comedy.

The cast of the Netflix comedy sat down with the New York Times for a group interview, during which they were asked about Jeffrey’s behaviour on set, in the wake of him being let go from TV show “Transparent” over sexual harassment allegations. 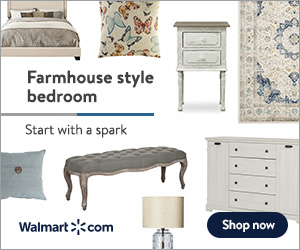 Jessica, who plays his onscreen wife, tearfully said she had been verbally harassed by Jeffrey, who lashed out at her. Jeffrey, who recently confessed to losing his temper on set, was open about his “unconscionable” behaviour and said he apologised to her, while Jason repeatedly interjected, saying he wasn’t trying to “belittle” Jessica’s story, but claimed Jeffrey’s actions are common in the entertainment industry.

The “Horrible Bosses” actor received backlash online for seemingly trying to condone or excuse his co-star’s behaviour, and he issued a lengthy statement on Twitter on Thursday, May 24 in which he insisted he was not doing those things, despite how it sounds.

“I’m horrified that I wasn’t more aware of how this incident affected her,” he tweeted. “I was so eager to let Jeffrey know that he was supported in his attempt to learn, grow and apologise that I completely underestimated the feelings of the victim, another person I deeply love – and she was sitting right there!

“I’m incredibly embarrassed and deeply sorry to have done that to Jessica. This is a big learning moment for me. I shouldn’t have tried so hard to mansplain, or fix a fight, or make everything okay.”

Jason, who admitted he “was wrong”, continued to apologise for failing to say there is no excuse for abuse in any form. He added, “And, the victim’s voice needs to be heard and respected. Period… I deeply, and sincerely, apologise.”

One of Jason’s detractors following his interview was actor Thomas Sadoski, who shared a picture of him with Jessica on Instagram and wrote in the caption that screaming at someone in the workplace isn’t acceptable, and trying to excuse that “unhinged bulls**t” behaviour was “pathetic”.

“And it is even less acceptable for his male cast-mates to excuse it away In front of the person that it happened to….(wait for it)….While she is trying to explain how traumatizing the experience was,” he concluded.