Home » TV & Movies » 'Jeopardy!': These Familiar Faces Will Compete in the 2022 Tournament of Champions

Jeopardy! GOAT Ken Jennings is back at the quiz board as host afterThe Big Bang Theory alum Mayim Bialik headed the first-ever Professors Tournament. No word yet on who will man the iconic lectern for the Tournament of Champions in 2022, but some memorable contestants will be making their return.

‘Jeopardy’ tournament will include some impressive quiz whizzes

As of now, the Tournament of Champions roster ranges in number of wins from four to 38. Those with a lower amount of victories could technically get bumped if another brainiac edges them out. John Focht has four wins, Tyler Rhode and Andrew He have five, and Zach Newkirk won six games.

Courtney Shah and Brian Chang have a bit of a stronger standing with seven games, giving them a greater chance of competing in the TOC.

Sam Buttrey, an associate professor of operations research at the Naval Postgraduate School in Monterey, California, just won Jeopardy!‘s inaugural Professors Tournament. He earned $100,000 in grand prize money plus a spot in the 2022 TOC.

“This has been the greatest time, and to come out ahead of all these other great players is something I’ll remember forever,” Buttrey said in a statement, as reported by TVLine. “The group was uniformly so smart, charming, and warm, and there’s been a real feeling of camaraderie from the very beginning.”

‘Jeopardy’s! latest champ and Matt Amodio’s successor both made the cut

Recent Jeopardy! star Amy Schneider has been racking up wins and making a name for herself as a trivia aficionado. According to TV Insider, Schneider is the first woman to break into the upper-earnings spots and is Jeopardy!‘s biggest-winning trans contestant in the game show’s history. After clinching her 14th victory, she landed in fourth place for non-tournament game wins and is now a shoe-in for the TOC.

Many fans will remember Jonathan Fisher, the Northwestern University graduate who defeated champion and fan favorite Matt Amodio on Oct. 11. Fisher went on to win 11 consecutive games and brought home $246,100, while also getting a solid spot in the coveted TOC. Going up against Amodio was something Fisher was hoping for, though he kept his expectations on beating him very realistic.

“I remember saying to my partner, ‘I wonder if Matt Amodio is still going to be there?’” Fisher wrote in Newsweek. “My attitude was that he was such a strong player that it would just be great to play against him. I had decided that the stakes were going to be really low, because the odds of going beyond one game against Matt were so low! It was daunting but it helped me go into it a little more calmly.”

Will the ‘Jeopardy!’ TOC turn into the Amodio Rodeo?

Amodio still holds a special place in the hearts of many Jeopardy! viewers. The Yale student’s polite demeanor and humble nature resonated with fans over the course of his 38-game winning streak. Many were crushed when he lost and some even suggested he threw the game. The Ohio native  credited his competitors for simply outplaying him. 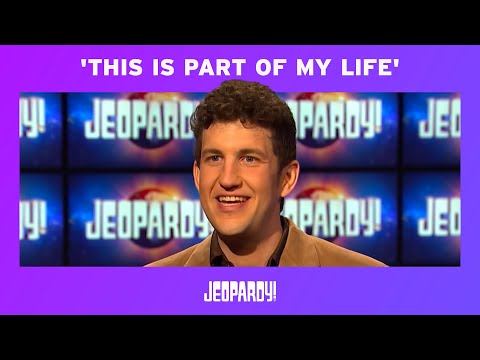 “I didn’t lose a game of Jeopardy!,” he explained in an article for Newsweek. “There were two people who fought hard to win, and one of them won. It was a poorly timed downturn for me, because I was up against two of the best and they did a great job capitalizing on that.”

The Ph.D. student didn’t go home empty-handed. Amodio knocked Jeopardy! alum James Holzhauer out of second place for most consecutive wins and brought home a whopping $1.5 million. With 38 victories under his belt, Amodio is a lock for the TOC and may once again come away with a massive jackpot.

The date of Jeopardy’s 2022 Tournament of Champions has not yet been announced.

Eamonn and Ruth 'fear they could be axed from This Morning'

Daily numerology: What the numbers mean for you today Saturday February 20