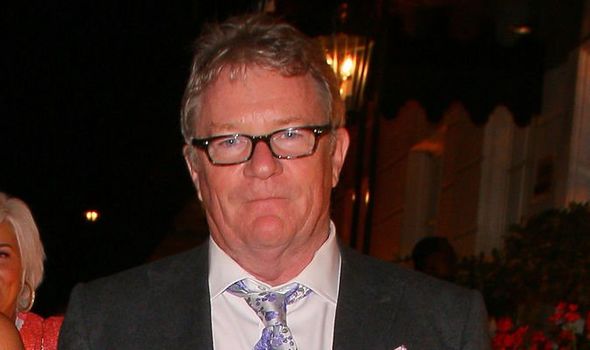 Cockney comedian Jim, 67, was being filmed for an ITV documentary, fronted by Banjo, about the Black Lives Matter debate sparked by Diversity’s BLM-themed dance on Britain’s Got Talent.

He told the Express, “Ashley called anyone who disagreed with his BLM dance a ‘racist’. But it’s perfectly possible to not be a racist and disagree with slogans like ‘Defund the police’.

“That might sound like a good idea if you want to drive home p***ed but it’s not very practical. Who are you going to call when your home is broken into?”

Davidson, who has fronted a string of BBC One shows including Big Break and The Generation Game, added, “Luckily I taped the interview too, so I will make my own documentary about the issue and play it on my JDTV channel on Ustream before ITV airs their show.”

The Diversity dance, performed on September 5 last year, made Britain’s Got Talent the most complained about show of 2020 with more than 24,500 viewers registering complaints. However their objections were dismissed by media regulator Ofcom.

East London-born Ashley, 32, led the routine which saw him being knelt on by a police officer – an explicit reference to the death of George Floyd, the 46-year-old black man who died in police custody in Minneapolis in May 2020.

Banjo, a regular judge on the ITV talent show, said Diversity “wanted to express how the events of this year have made us feel”.

How old is Nikki Grahame, what does the ex-Big Brother star think of CBB and what is she up to now?