Actor and singer John Barrowman is currently entertaining millions with his fabu-loooooous jungle antics on I’m a Celebrity… Get Me Out of Here!

For Whovians, though, Barrowman will always be known as Captain Jack Harkness, an omnisexual time agent who could never die. And, like another recurring Doctor Who character, River Song, Jack’s timeline is a bit of a head-scratcher.

So let’s get all timey-wimey as we delve into Captain Jack’s murky past, present and future… 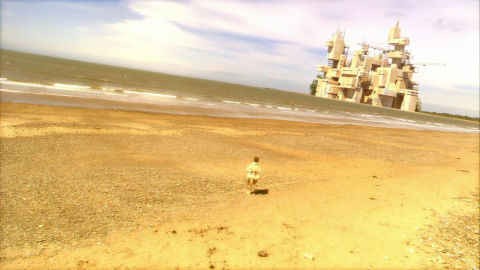 In a series 2 episode of Torchwood, we get a flashback to Jack on his home world (the Boeshane Peninsula) where, sadly, he loses his younger brother Gray.

Then there’s quite a few decades until we catch up with him again. 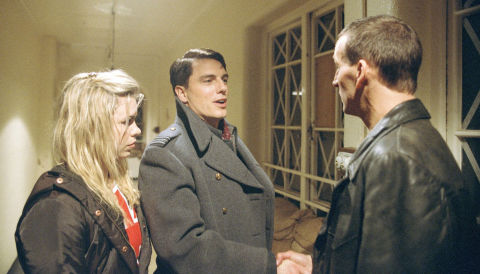 Now a Time Agent with a two-year gap in his memory, Jack bumps into Rose Tyler (Billie Piper) in World War II London.

Christopher Eccleston’s Ninth Doctor isn’t impressed by his flashy antics but he decides to take him abroad the TARDIS regardless.

The Captain defends himself against robots Trine-e and Zu-Zana, voiced by Trinny Woodall and Susannah Constantine respectively, by pulling a weapon from his butt and destroying them.

But that’s just the start of his worries as the Daleks board Satellite 5 and wreak just a little bit of havoc.

Being a brave boy comes with its downsides. Jack managed to gallantly fight the Daleks but he came a cropper when he was blasted in the face. Dead.

Or so we thought.

Upon looking into the TARDIS, Rose obtained God-like powers and managed to bring Jack back to life. There was a twist, however – he was brought back to life forever.

The newly-regenerated Doctor (now played by David Tennant) decided he didn’t want to have anything to do with Jack and left him on Satellite 5. 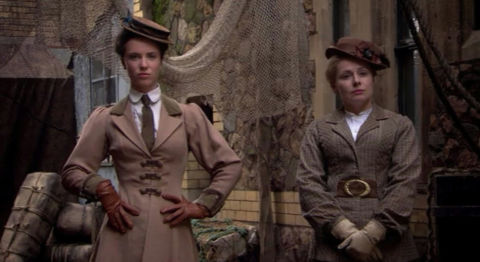 In another Torchwood series 2 flashback, we see Jack has transported himself from Satellite 5 to Earth in the year 1899.

Jack is accosted by Alice Guppy and Emily Holroyd, members of the newly formed Torchwood (established in the 2006 Doctor Who episode, ‘Tooth and Claw’). After some disagreements (they tried to kill him), he joined the organisation.

In the 2006 Torchwood instalment ‘Small Worlds’, we’re presented with another flashback showing Jack as a soldier on a train in Lahore, 1909. 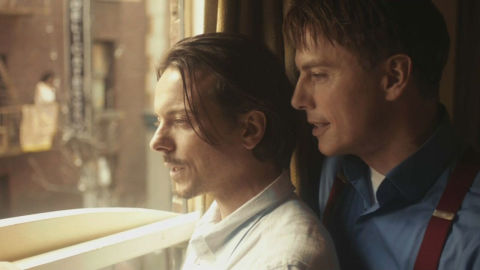 And falls in love! (With tragic results, obvs.)

Taking place in 1927, Jack also encounters a member of the Trickster’s Brigade – the only alien enemy to be faced in the triumvirate of Doctor Who, Torchwood and The Sarah Jane Adventures. 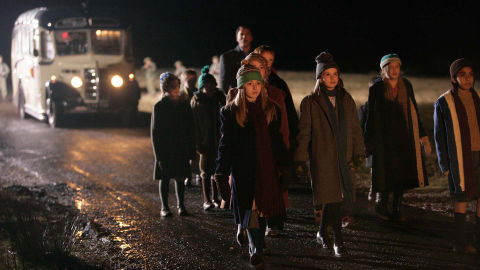 Still on Earth waiting for his man, Jack helps the British government deal with aliens The 456 some 40 years later in 1965.

And by “helping”, we mean he delivers a bunch of kids to the extra-terrestrial beings, who use them for nefarious purposes. Urgh.

In the previous year’s Torchwood episode ‘Fragments’, we see Jack in 1999 after stopping the Millennium Bug, which he states has “18 legs stacked with poison”.

He returns to the Hub to find all his colleagues from the time murdered by then-boss Alex Hopkins. 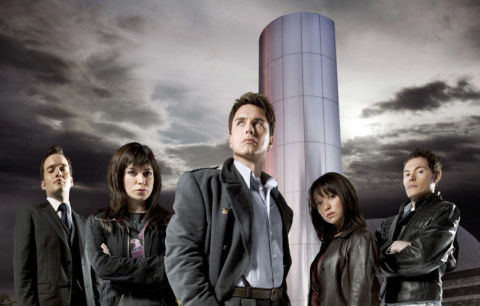 Over the 13-episode run, the gang do sex, aliens, drugs and booze. And sometimes twice.

The finale sees a huge monster romp through and over Cardiff (we know, a typical weekend) but ended with a shocker – hearing the TARDIS materialize, Jack went dashing off…

…right into the third series of parent show Doctor Who. 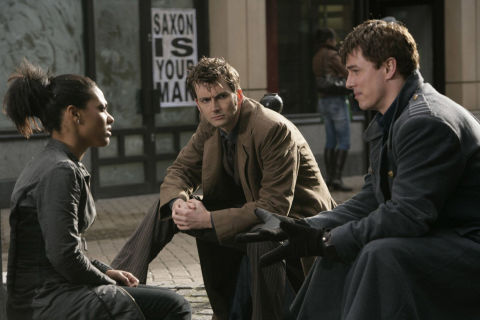 This classic gem from the Tennant era kicked-started the return of renegade Time Lord, The Master – played by John Simm (and Derek Jacobi briefly beforehand.)

Series 3 ended with ‘The Sound of Drums / Last of the Time Lords’ where Jack found himself bonding with Martha (Freema Agyeman) over their unrequited love for the Doctor and then imprisoned by The Master.

We also learn he was once known as the “Face of Boe” (as he was a handsome lad from the Boeshane Peninsula.) 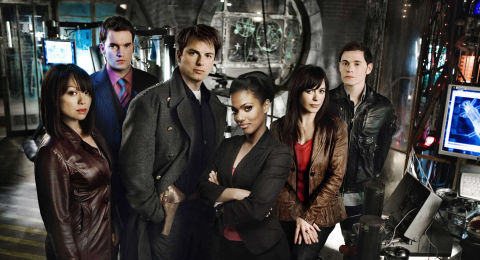 Captain Jack returns to his Torchwood buddies, who are understandably slightly miffed at their boss going missing.

During the course of the series, he reunites with Martha Jones, who joins the squad for several adventures.

He’s buried there until discovered by Torchwood in 1901. As he knows he’s already knocking about in this timeline, Jack convinces them to put him in cryogenic sleep until Hart’s present day appearance. 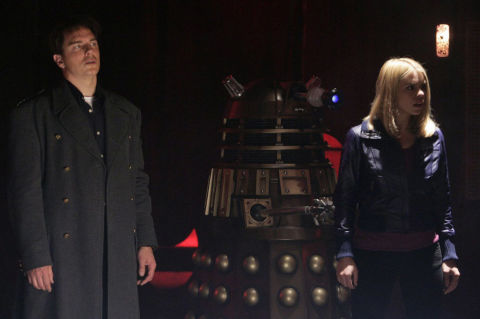 Jack, Gwen and Ianto are minding their business in the Torchwood Hub when the Earth is moved at the whim of the Daleks.

Jack uses his vortex manipulator to find the Doctor and ends up in a Doctor Who companion mash-up to die for; he meets Donna Noble (Catherine Tate) and Sarah Jane Smith (Elisabeth Sladen) for the first time and is reunited with Rose, Mickey (Noel Clarke)and Martha.

After all the excitement, he returns to Cardiff once more. 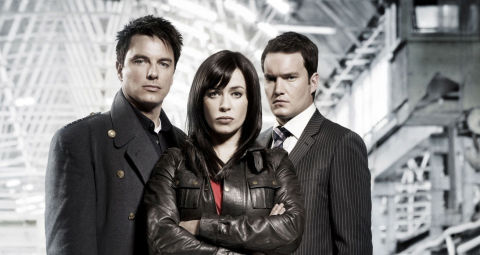 This shocking five-parter was all the more shocking given just how good it was.

Captain Jack’s past came back to bite him on the ass, and not in a good way. Alien beings The 456 loved Earth kids and wanted more.

Along the way, Jack’s lover Ianto (Gareth David-Lloyd) died and Jack killed his grandson. An absolute laugh-a-minute this one.

The denouement saw a heartbroken Jack leave Earth, Gwen and, of course, Torchwood.

One of the Tenth Doctor’s final acts, before he turned into Matt Smith, was to find Jack in a packed space bar and set him up with Alonso Frame, played by Russell Tovey.

Well, he needed cheering up after ‘Children of Earth’. 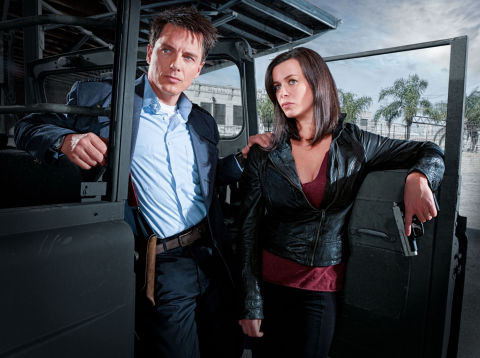 Don’t worry, we’ve forgotten most of it too.

Not Torchwood‘s finest hour (or ten) as Jack discovers he can now die and there’s a gaping hole in our planet, which is stopping everybody else from dying. Or something. If we’re honest, it didn’t exactly make a lot of sense. 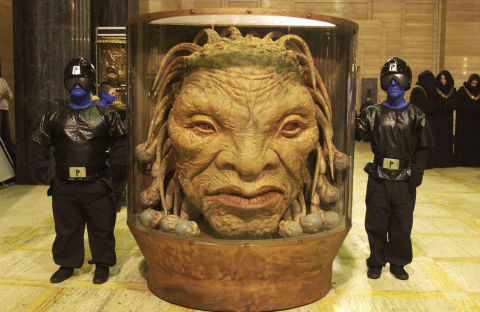 In our far future, the Doctor and Rose meet the Face of Boe on Platform One, a space station in orbit around Earth.

As we now know (revealed in the aforementioned ‘Utopia’), this is, in fact, a very, very old Captain Jack. Realising that crossing timelines would be bad and cause all sorts of problems, he doesn’t let on who he will be to the Time Lord (given that their “first” meeting takes place in a few episodes time.)

Later in the Ninth Doctor’s run, and directly before he meets Captain Jack in person, Bad Wolf TV informs us that the Face of Boe was pregnant. Wonder how that went?

Being enigmatic, the huge head had a message for the Gallifreyan (now played by David Tennant), but Boe decided not to relay his missive on this occasion.

Though he does tell the Time Lord that they will meet one more time.

Boe finally tells the Doctor, “You are not alone” – and then dies!

The four words come back to haunt the Gallifreyan later that series as he realises, too late, that the message was a warning referring to The Master’s human guise Professor Yana.

Y-A-N-A – You Are Not Alone. Geddit? The Face of Boe / Jack of course knew about Yana / The Master, having battled him alongside the Doctor first time round. (Though why exactly he waited so long to deliver this tip-off is anyone’s guess.)

So, there you go – Captain Jack in a nutshell. Though, we will add, there are also loads of comics, books and audio plays out there exploring his future adventures if you really want to cause yourself a continuity headache!

When does it start getting lighter?

How going off on Harvey Weinstein got comic Kelly Bachman 'Hysterical'