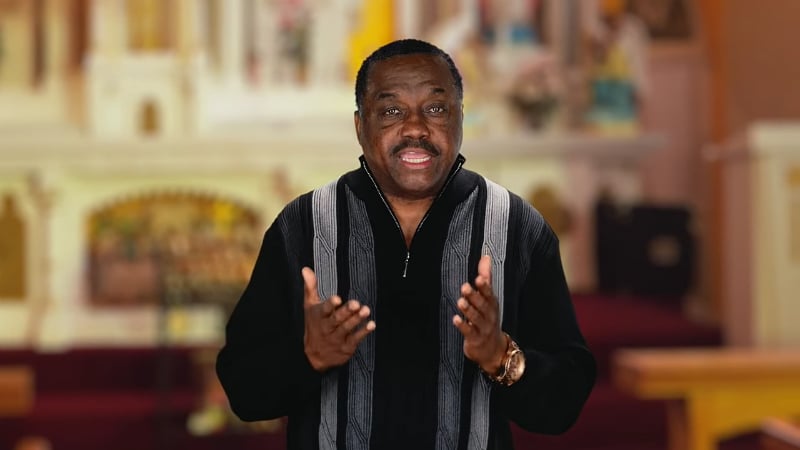 Apple Watts joined the cast of Love & Hip Hop: Hollywood in Season 5 and has clearly become the breakout star. Much of her success this season is due to Apple’s backstory, a tale of growing up in foster care and making a living as a stripper before turning to music.

As Apple works her way into the music business after overcoming such incredible odds, she is also working on her relationship with her father, John Watts. Apple didn’t know her dad growing up and only found him later in life when they were both adults.

Though John Watts wasn’t there for his daughter throughout most of her life, he’s been working overtime trying to “help” her out now. When Apple opened up to her dad on the latest episode of Love & Hip Hop: Hollywood and told him about her music, he was instantly skeptical.

John worried that Apple was being taken advantage of by Shun Love, who promised to work with the stripper-turned-rapper. He thinks Apple is making the wrong decision to work with Amber Diamond’s mom.

But is that really John Watts’ place?

When John decides to meet up with Shun Love to discuss her work with Apple Watts, things go from bad to worse and we get a real good look at what kind of man he really is.

Shun and John discuss Apple’s current dilemma, which includes an upcoming trip to jail for skipping out on her court date. Apple will be gone for 30 days and Shun suggests that her dad help support his daughter and her kids during that time.

Things go from bad to worse when John Watts questions what’s in it for him for taking care of Apple’s children while she serves her jail sentence. Then, he shocks even more by questioning whether he’s really Apple’s father after all.

No wonder the man wasn’t in her life for 30 years! When Apple finds out what her dad said to Shun, he may not be in it for the next 30 either.  Or maybe they can bring this up in therapy, which John Watts previously agreed to pay for when Apple questioned him about leaving her in foster care while handling his fatherly duties for four other children.

Though he’s only credited with appearing on two episodes of Love & Hip Hop: Hollywood this season on his IMDb page, John Watts will likely be back. After claiming he might not be Apple Watts’ father, LHHH viewers are hoping for a confrontation.

What are Nostradamus' 2021 predictions and did he foresee Covid?

Kellan Lutz’s Wife on Her Miscarriage: ‘I’ve Worked SO Hard to Remain Soft’

Parade Launches Its Universal Underwear Collection, Which Is Sustainable and Buttery Soft