All of the stars of Warner Bros. upcoming movies attended the annual CinemaCon even in Las Vegas to promote their films – including Bradley Cooper, Jason Mamoa, Cate Blanchett and Eddie Redmayne. 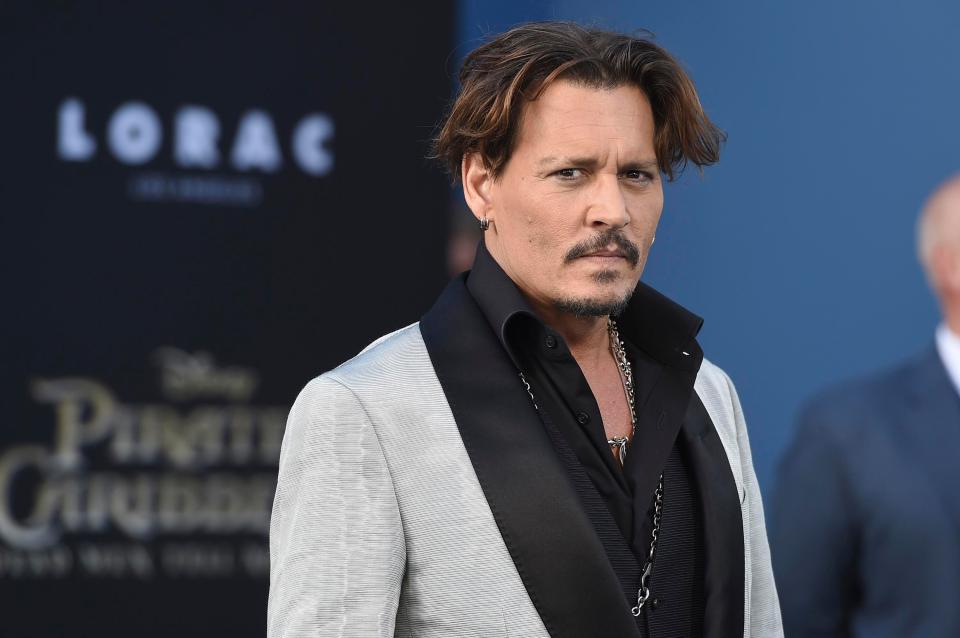 Amber Heard was there to promote her upcoming Warner Bros movie Aquaman – but Johnny did not show up to promote the sequel to Fantastic Beasts And Where To Find Them – in which he stars as Grindelwald.

At the end of the Las Vegas event, all the cast members from Warner Bros. movies due to be released this year took to the stage for the studio’s “Class of 2018” picture – but Johnny was absent.

Sources claim he skipped the event because he wanted “to avoid an awkward meeting with Amber”.

Johnny, 54, and Amber, 32, were officially divorced last January amid accusations the actor was abusive. 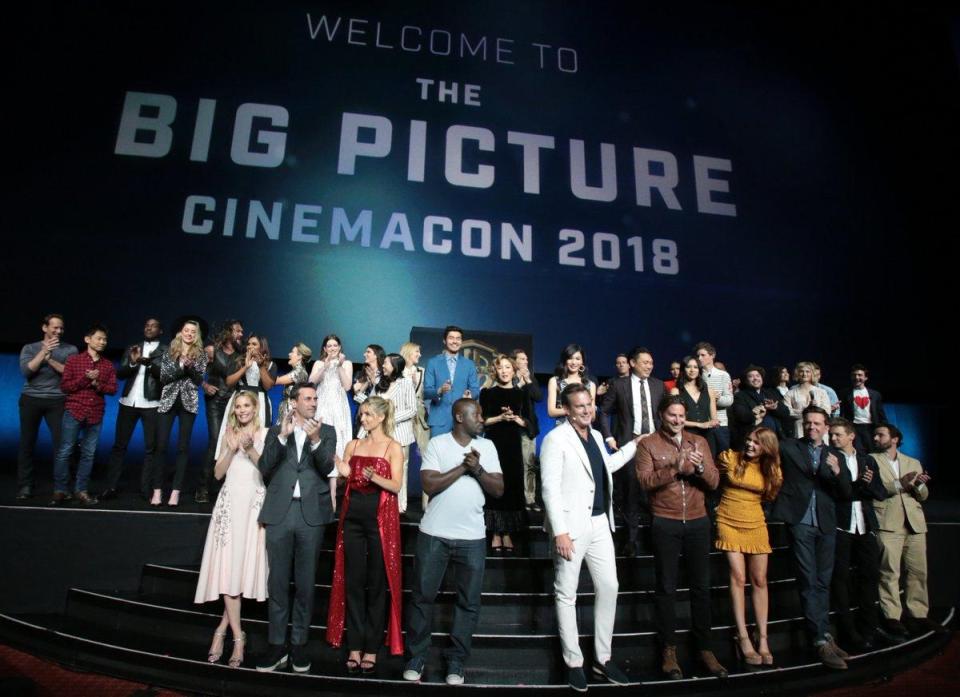 One source told Sun Online: “Pretty much every star of Warner Bros 2018 movies were there – so Johnny should have been there as he stars in Fantastic Beasts.

“But Johnny knew Amber was going to be there and didn’t want to run into her – never mind share a stage with her.

“It would have been way too awkward – there’s still a lot of bitterness about the whole situation, it’s still raw. 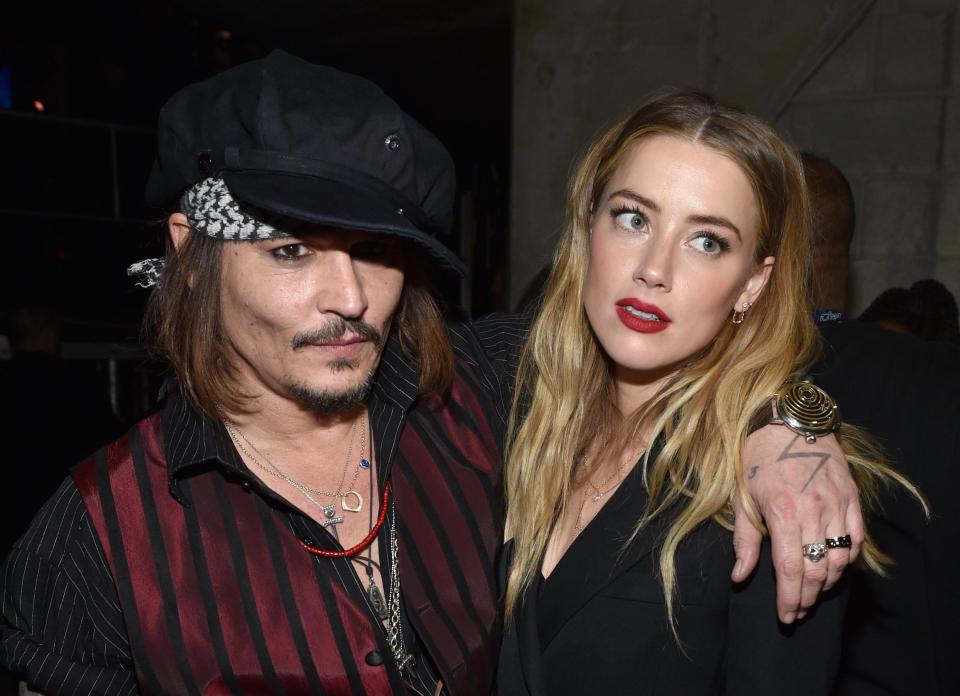 “Jude Law stars alongside Johnny and he didn’t make it because he’s filming Captain Marvel.

“However Johnny was just at home in Los Angeles a few hours ago so could easily have made it.”

It comes after there was controversy about Johnny being cast in the Fantastic Beasts franchise – following Amber’s accusations that he was violent to her during their 15-month marriage. 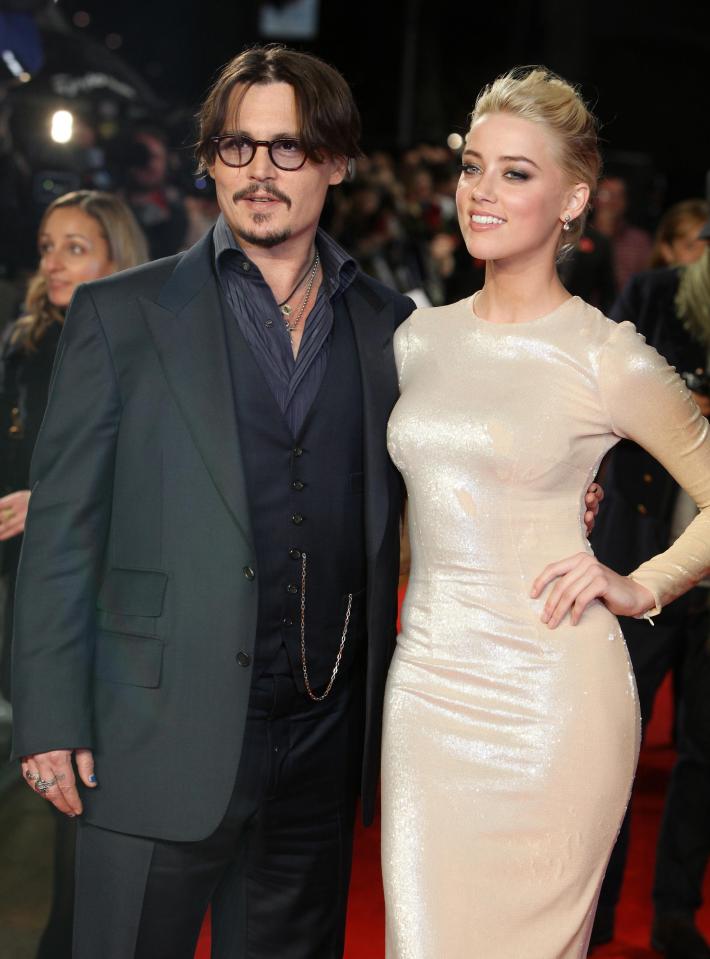 The movie’s creator JK Rowling even came out defending the actor saying: “Based on our understanding of the circumstances, the filmmakers and I are not only comfortable sticking with our original casting, but genuinely happy to have Johnny playing a major character in the movies.”

Johnny and Amber split in May 2016 and the 32-year-old was granted a temporary restraining order against him after she accused him of bruising her face during an altercation.

The warring couple eventually came to a settlement agreement and Amber “withdrew her application for a domestic violence restraining order.”

They later released a joint statement which read: “Our relationship was intensely passionate and at times volatile, but always bound by love.

“There was never an intent of physical or emotional harm. Neither party has made false accusations for financial gains.”

Sun Online reached out to representatives for Johnny and Warner Brothers for comment.

Woman reveals how to wax your legs with SUGAR as salons are shut, but it’s not for the faint-hearted

RICHARD LITTLEJOHN: Arrogant in Whitehall do NOT know what’s best