The Strictly Come Dancing star – who confirmed her split from husband Kevin Clifton last month –  couldn't stop smiling as she left in a taxi with stage designer Jon Bausor. 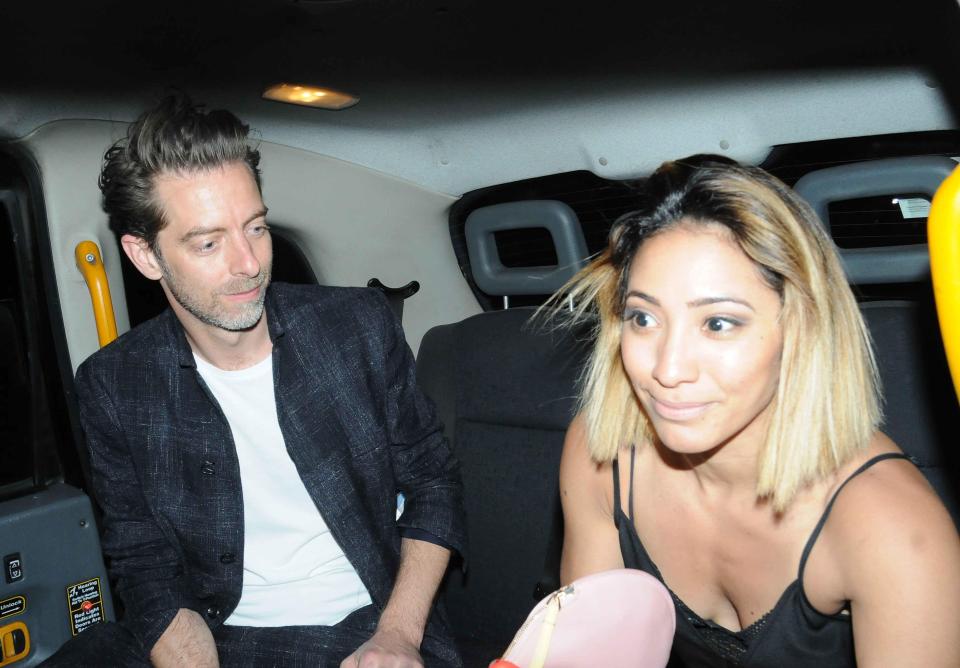 It's thought she turned up to support him at the launch of Bat Out of Hell, which opened at the Dominion Theatre in London's West End last night.

Jon, who has designed the returning musical's set, apparently "couldn't take his eyes off" the 36-year-old as they spent the night together at The Bloomsbury Ballroom in Holburn.

Our exclusive pictures show the pair flagging down a ride home after onlookers claimed they were spotted kissing outside the venue.

They had snuck out the side door in an apparent attempt to avoid the cameras. 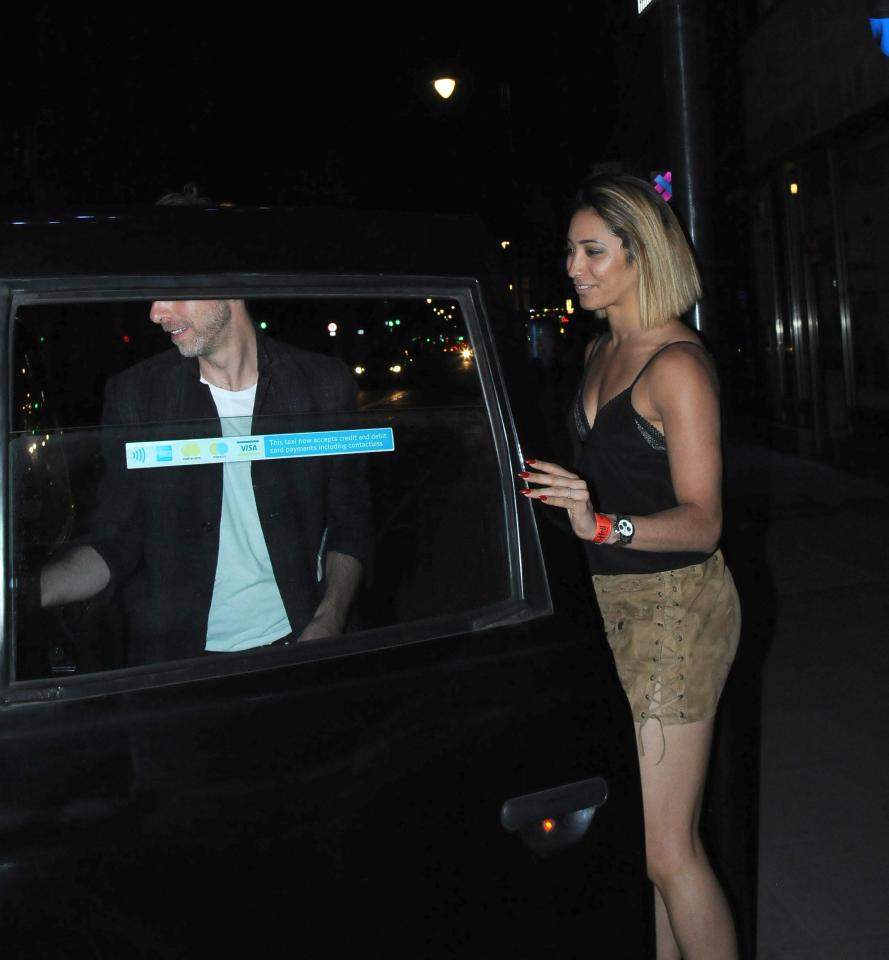 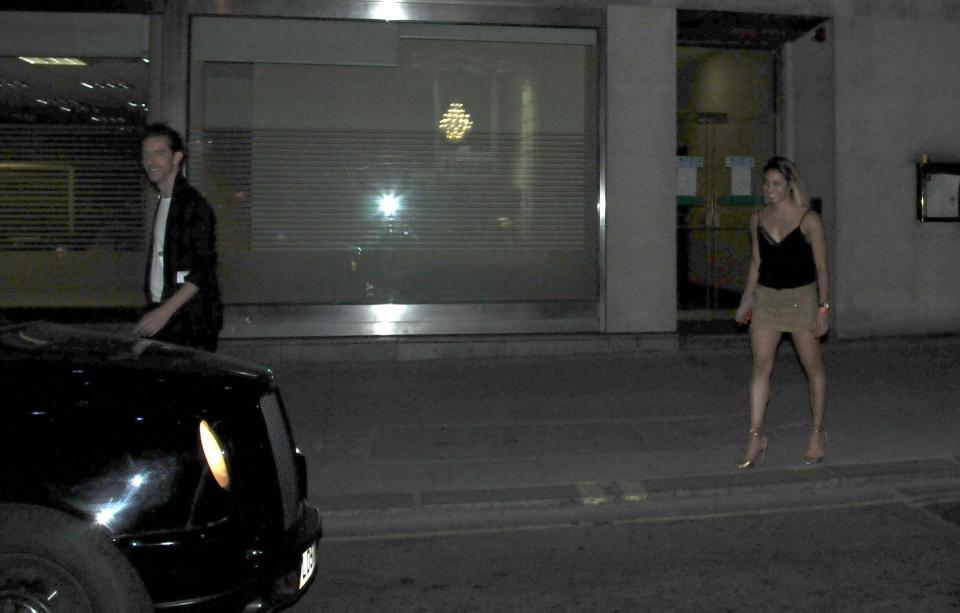 An onlooker told The Sun Online: "Karen had arrived at the after party with her friend Robbie Metoni.

"But when he left out the front door, Karen slipped out the side with her new boyfriend Jon.

"Once they were out of sight they kissed before pulling apart when they saw the paps.

"They quickly hailed down a black cab and left together."

A representative for Karen said: "Karen and Jon are long term friends and she was supporting him on the opening night of his big show." 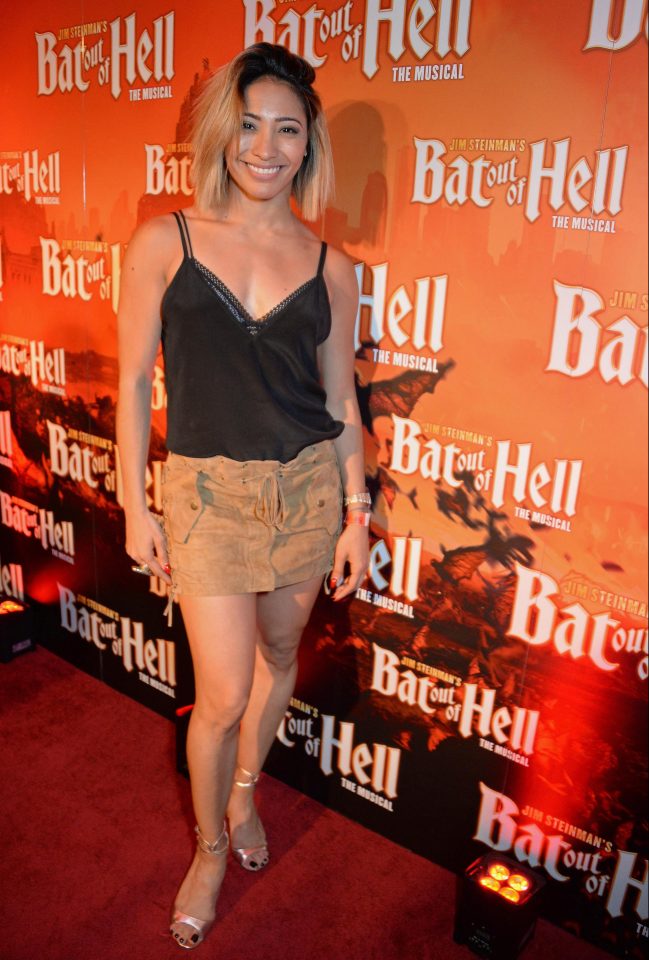 The insider added: "It was clear to see how much they like each other.

"When Karen got into the taxi, Jon couldn't stop looking at her bum.

"He couldn't take his eyes off her the whole night." 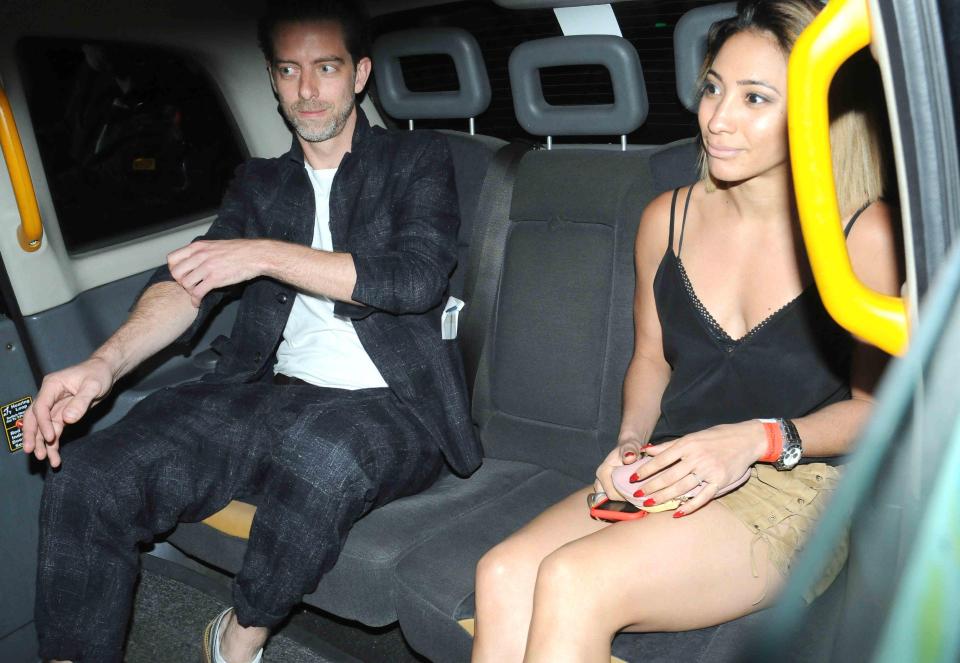 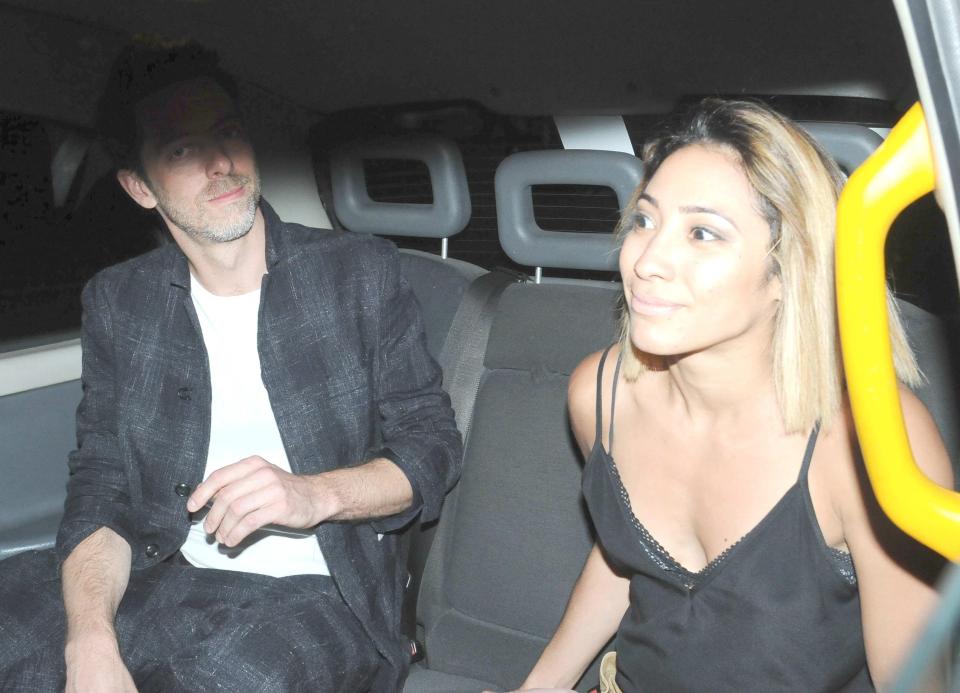 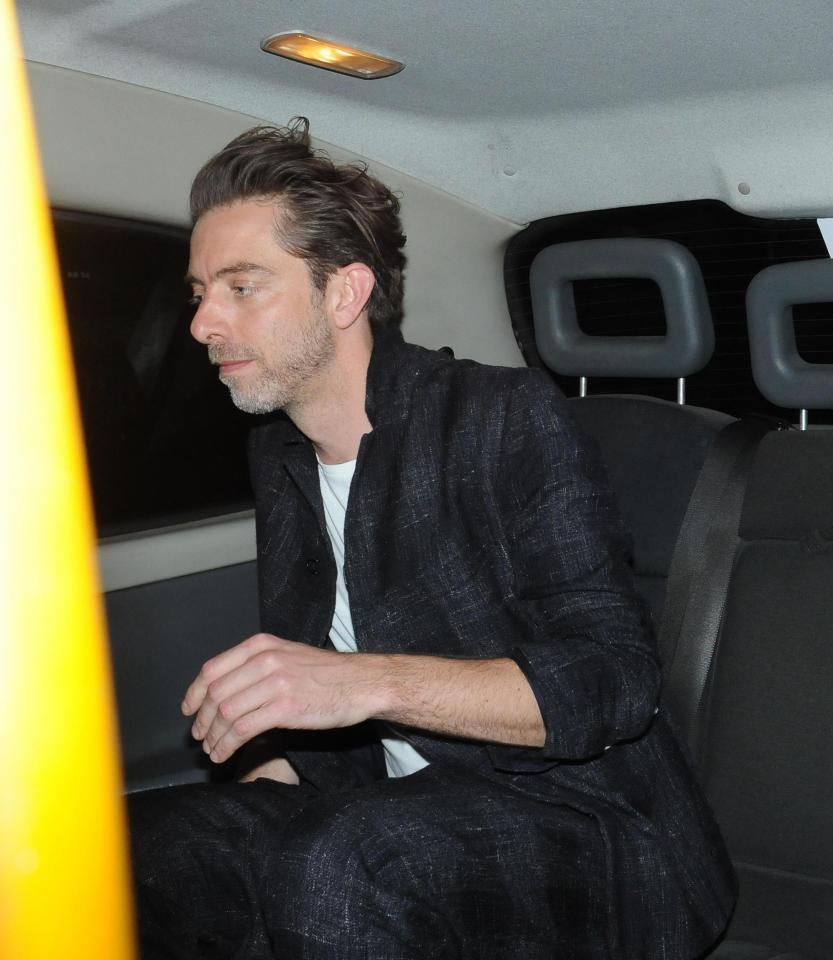 Karen has appeared on Strictly Come Dancing since 2010 with her dance partner and former husband Kevin Clifton.

But The Sun exclusively revealed that the couple were set to divorce two months after their marriage was rocked by Karen having an affair.

It was thought she had tried to salvage their three-year marriage, but heartbroken Kevin couldn't forgive her fling with accountant Stuart Wood, 27.

She called time on her relationship with Stuart after apparently realising she'd "made a mistake".

She was then seen cuddling up to a mystery man on a night out in London in February.

But our exclusive pictures today show she is now loved up with her new flame Jon – an Oxford graduate who designed the opening ceremony of the 2012 Paralympic Games in London.

These Comfy Joggers Are Customized to Fit You Like a Glove

Happy 45th Birthday, Angelina Jolie: See All Of Her Sweetest Photos With Her 6 Kids