The 40-year-old Glamour model – who had her toy-boy lover Kris Boyson, 29, in tow – looked wild and ready to party as she arrived. 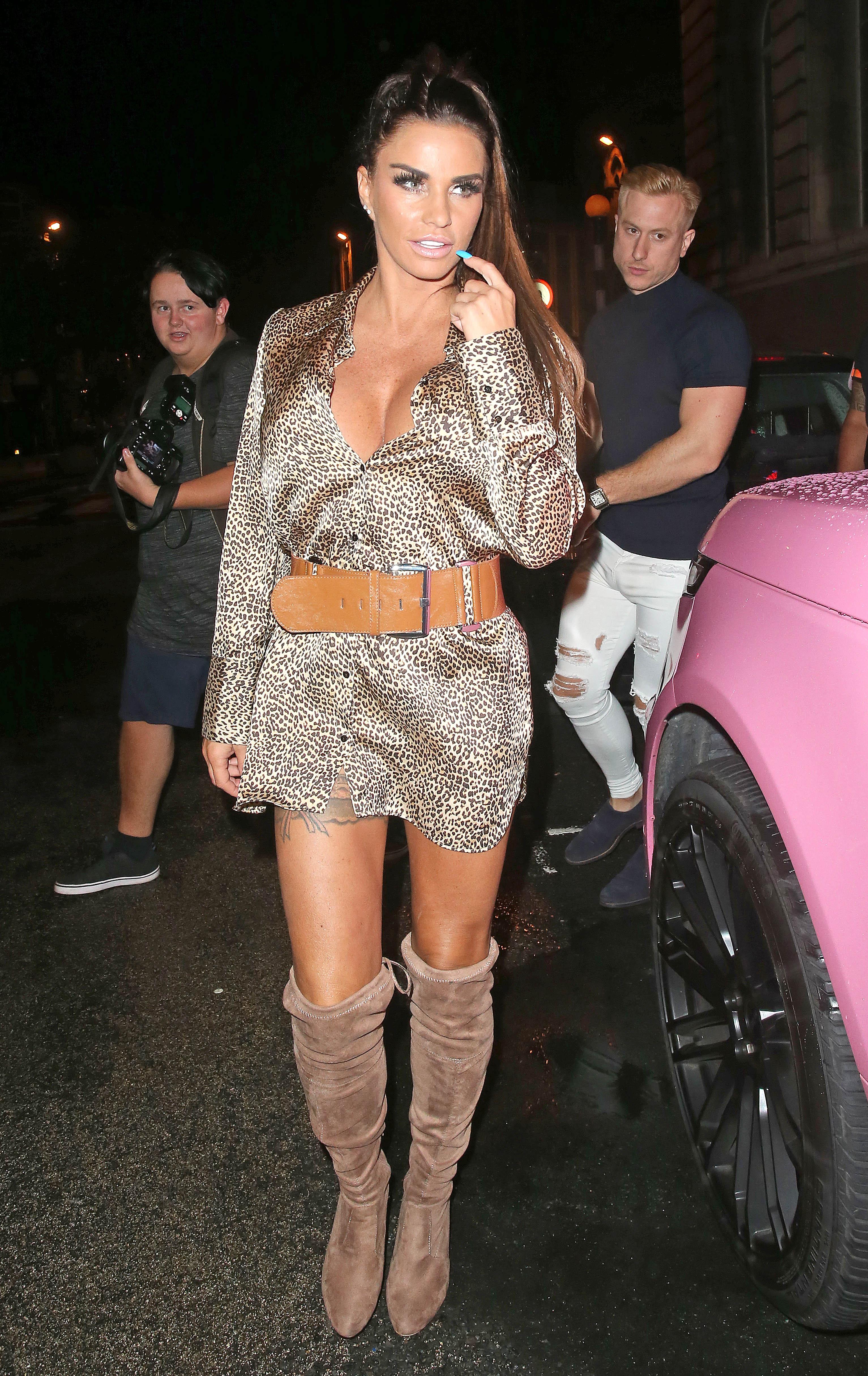 Making a big entrance, Katie rolled up to the club as legions of fans were lining the streets to see their idol make a Personal Appearance.

“People queuing already for @acapulco.club Halifax,” Katie wrote on social media as she shared photos of a lively crowd of fans eagerly awaiting her arrival.

“I’ll be coming later,” she promised as she teased her fans.

And come she did – rocking up in a plunging leopard print mini dress – complete with a dramatic, statement belt wrapped around her waist. 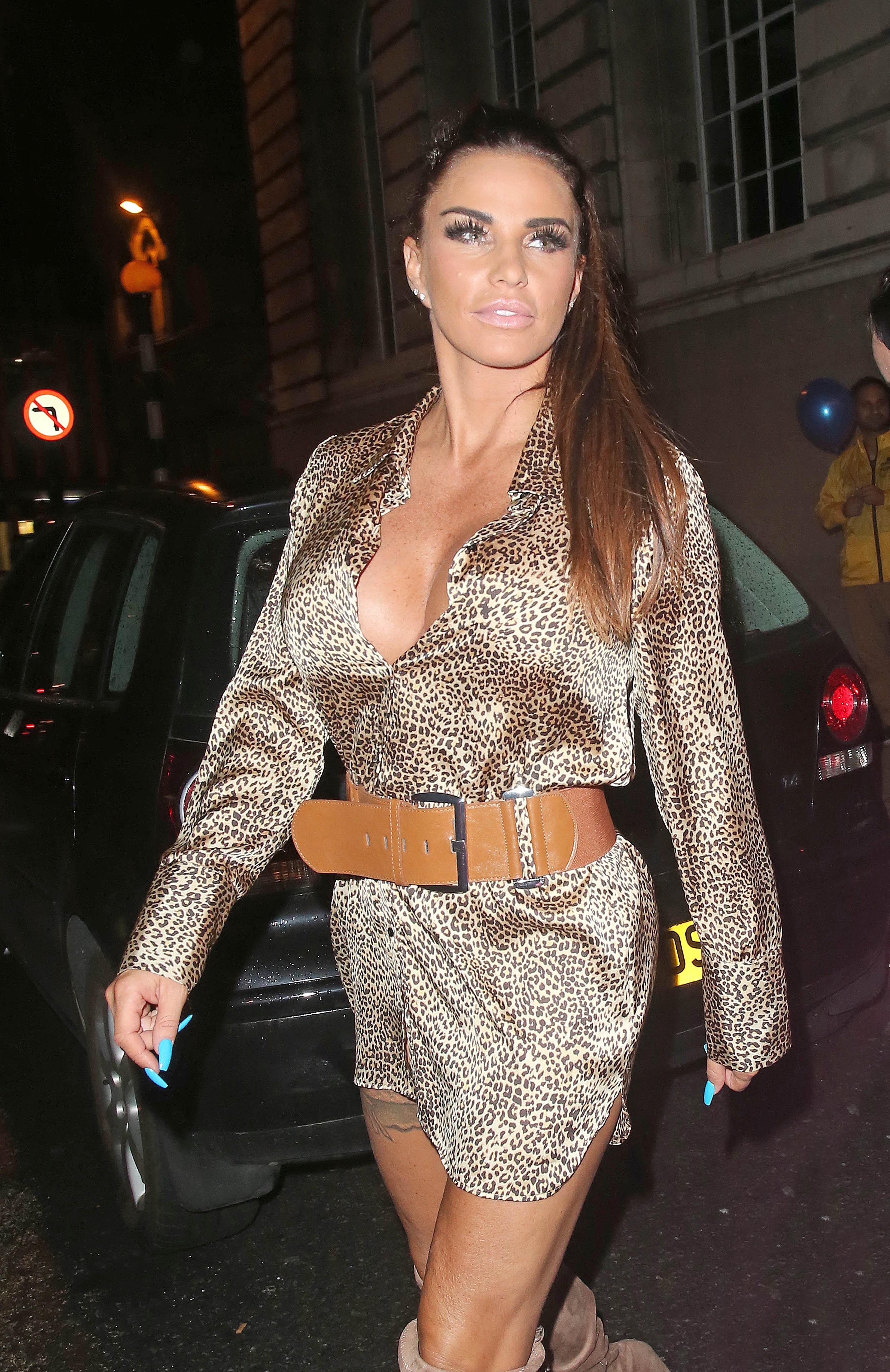 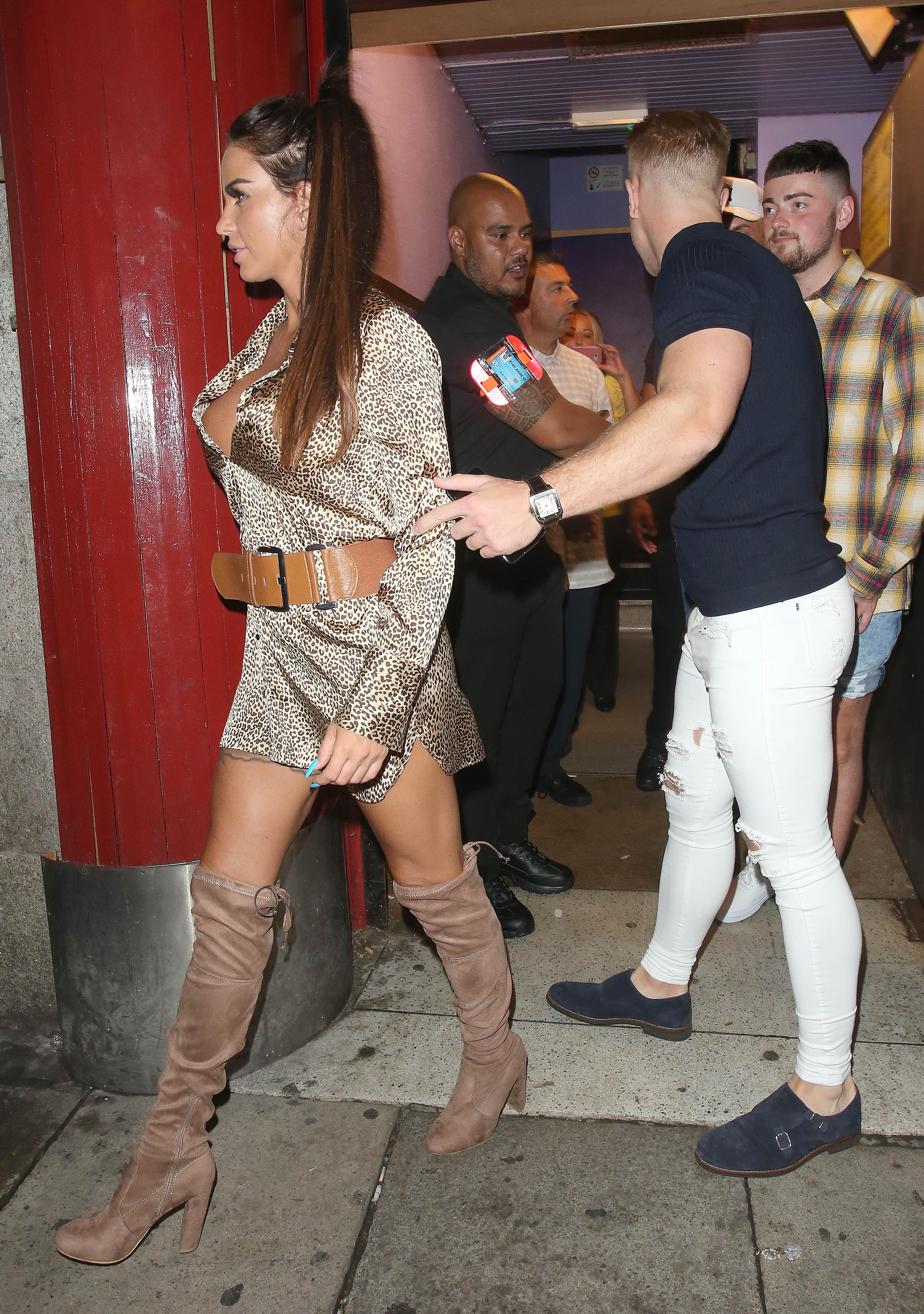 Pricey had her hair pulled back into a sleek high ponytail.

Some fans may have also noticed her dramatic blue nail varnish.

The glamour model and Loose Women panellist looked proud to walk alongside her younger boyfriend. 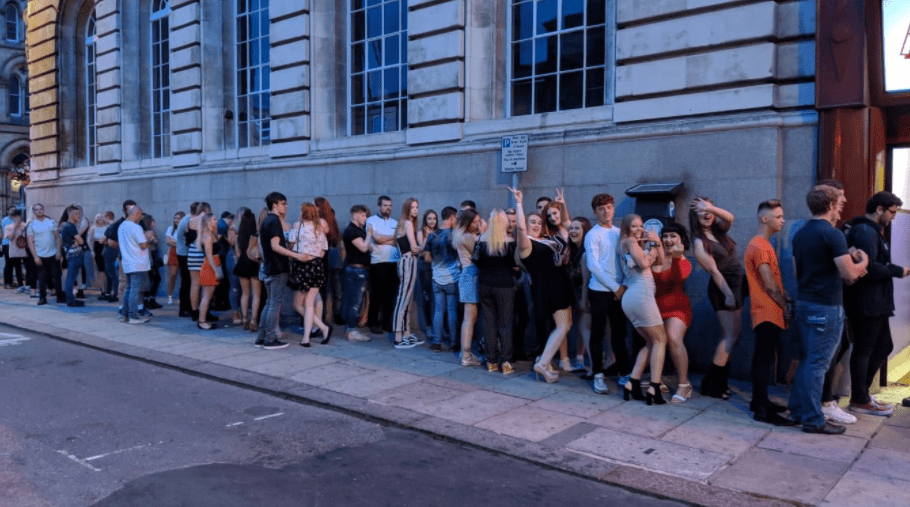 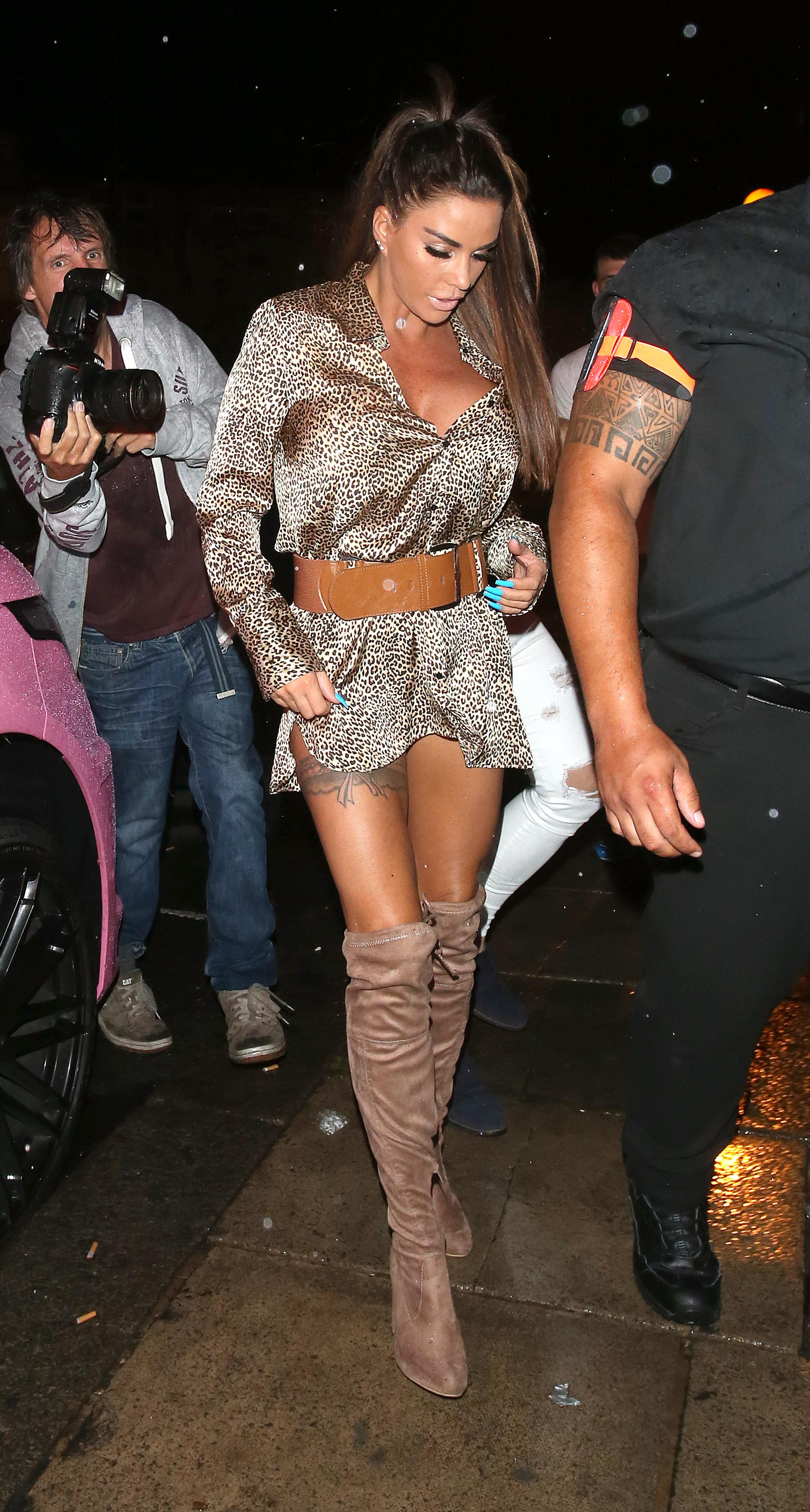 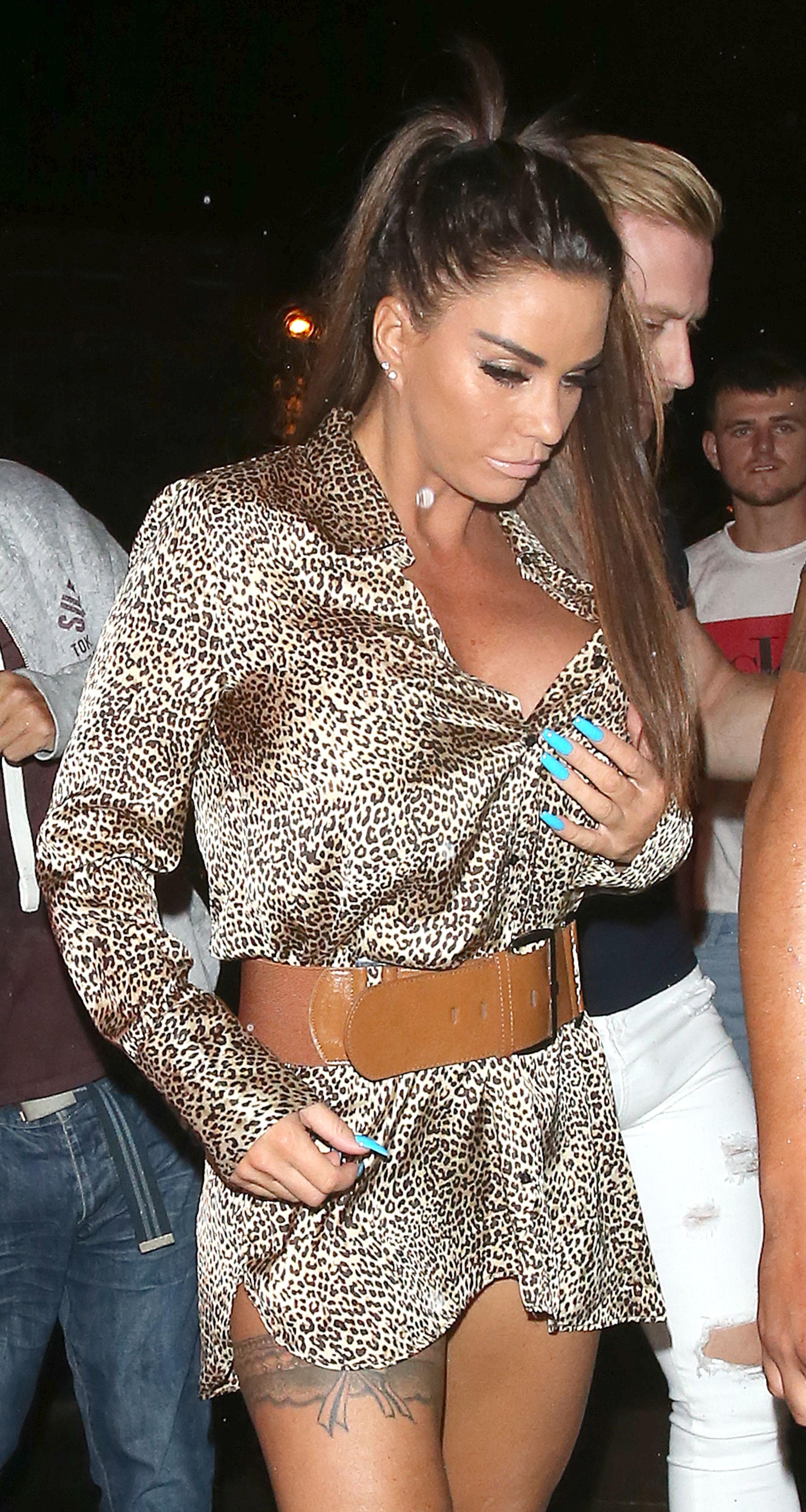 Kris, looking preppy-chic in a pair of ripped white jeans and a dark top, was quite the gent as he helped Katie leave the club and got behind the wheel of her car to drive them both away.

As Kris drove, Katie sucked on some coconut water as she sipped from a bottle using a straw.

The coconut water was from the Innocent company – and Katie’s decision to hold the branding in the full view of waiting paparazzi could be seen as a subtle reference to some dramatic legal drama surrounding the star.

Earlier on Friday, Katie reported herself to the police after she found herself driving her car while not realising she was still banned from driving due to a speeding violation back in February. 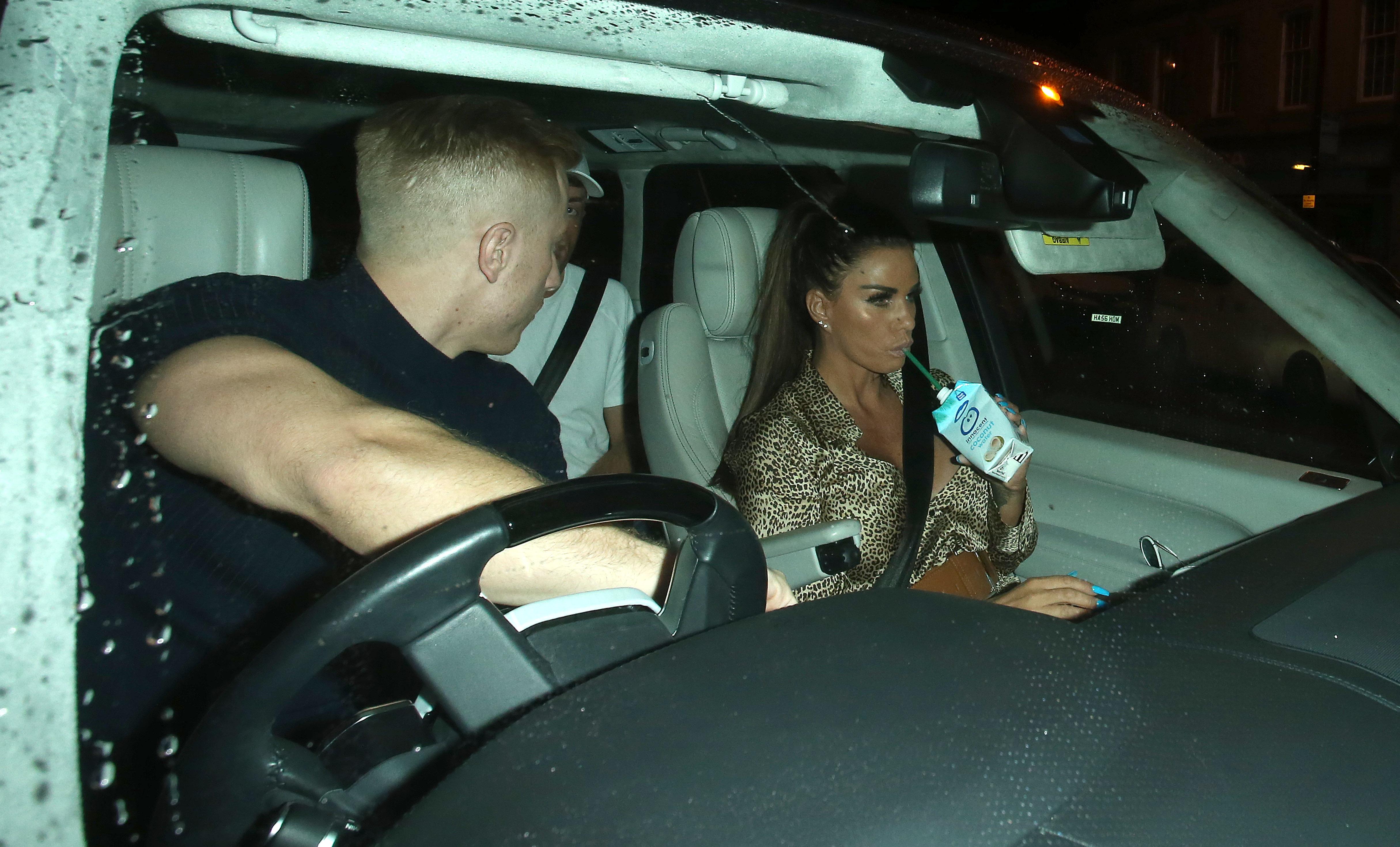 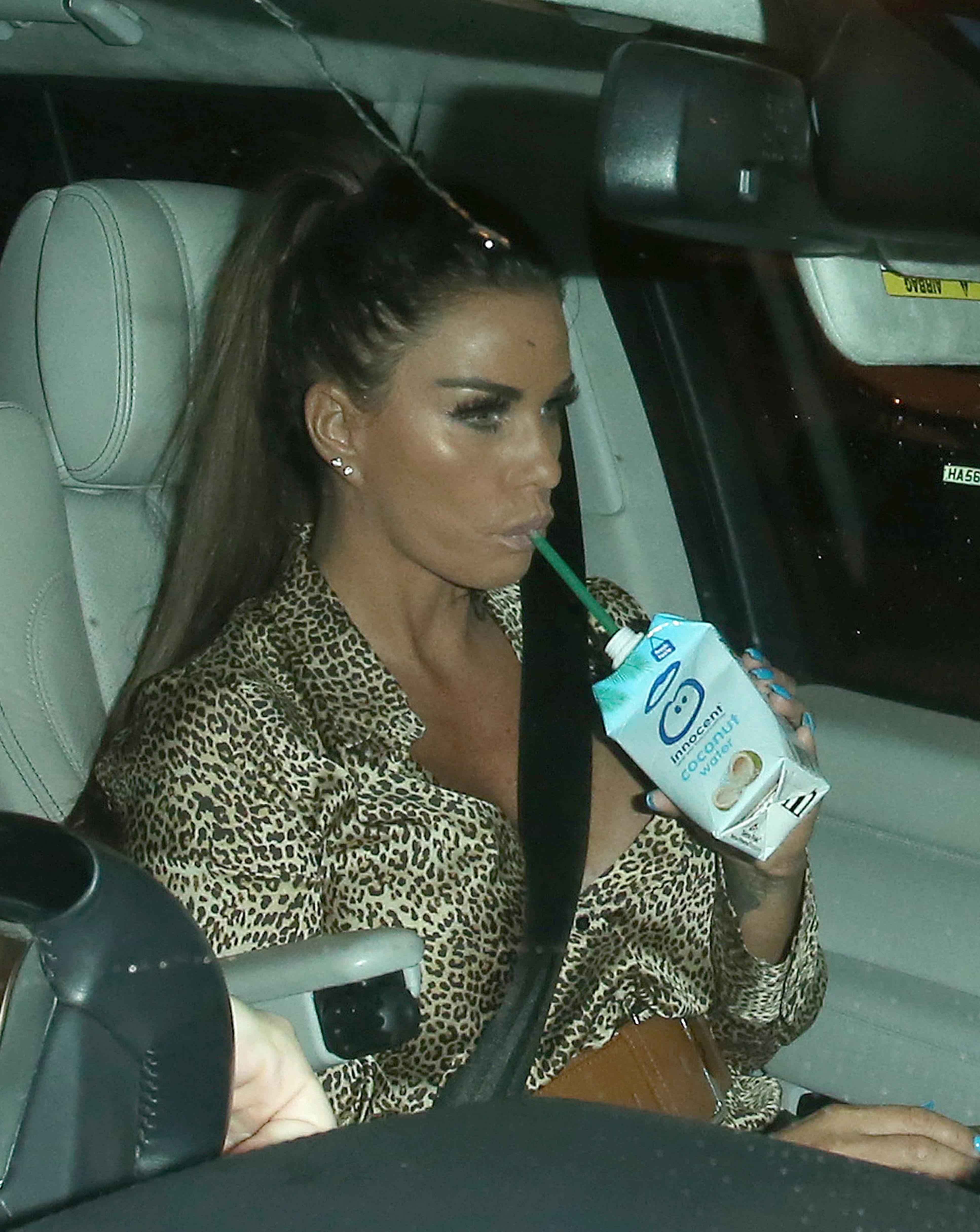 Pricey declared her innocence, stating she was under the mistaken belief that her ban had expired when she drove her son, 16-year-old Harvey, to a hospital appointment.

Explaining herself on Instagram, Katie wrote: “Been on such an emotional rollercoaster the last 6 months and my head has been all over the place, so much so, that I thought my driving ban was up.”

She continued: "With this on my conscience I called police and reported myself.”

She added: "I've come such a long way and I just want easy life now. I have got out of a hole and am finally happy and looking forward to being my old independent self!"

Detective who caught Grace Millane's killer determined to get justice

WhatsApp: 3 of the best new features you might’ve missed, and how to use them