Home » TV & Movies » Kenneth Branagh's Death on the Nile will go up against Star Wars: Episode IX as release date is pushed back

Having your movie’s release date pushed back is not usually great news, but it’s especially not good when you’re going head-to-head with the behemoth that is Star Wars.

Well, that’s the unfortunate fate of Kenneth Branagh’s new Hercule Poirot movie Death on the Nile, which has been pushed back a few weeks from its originally planned November 2019 release.

The movie will now come out on December 20, 2019 (via Deadline), the same day as the final part of the current Star Wars trilogy, as well as the upcoming movie adaptation of musical Wicked.

We imagine a lot of people are going to be at the cinema that weekend.

However, given the disappointing performance of the latest movie in the space saga, Solo: A Star Wars Story, Poirot and co. may not have to bite their nails so much after all.

The box office mediocrity of the last Star Wars spin-off has reportedly led Lucasfilm to put other planned spin-offs on hold and instead focus on the main movies.

However, the company has since said that “multiple” other Star Wars movies are in the works that have not yet officially been announced. 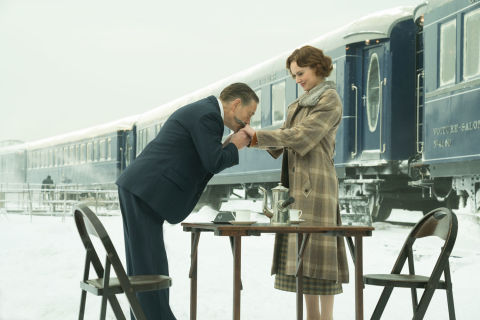 Death on the Nile, meanwhile, will adapt Agatha Christie’s 1937 Poirot novel of the same name, with Branagh directing and starring.

The star has also suggested that an extended Christie movie universe could be on the cards – because the movie world needs more of those.

Teacher allegedly flirted with teen, called him more than 700 times

China moves one step closer to 2020 mission to Mars