The star teamed the studded number with a pair of oversized sunglasses for the snap taken inside her house. 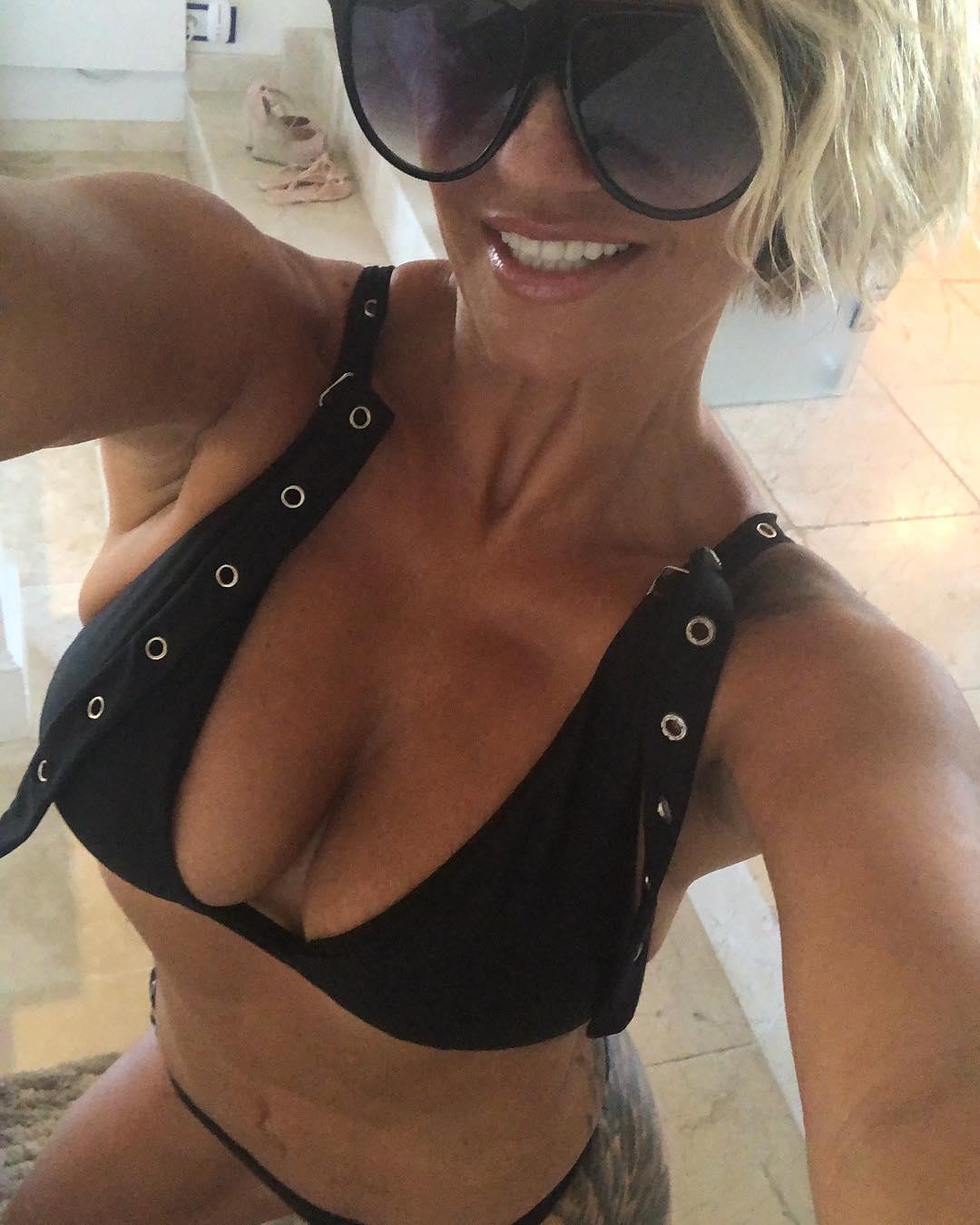 Her followers were quick to compliment her on the snap with one writing: "You look amazing," while another added: "Looking gorgeous Kerry."

More fans praised the star for her fitness regime, with one adding: "The hard work is paying off."

Over the past decade, 37-year-old Kerry has spoken openly about her struggle to maintain a healthy weight after years of yo-yo dieting.

The mum-of-five has joked about trying “every diet going" and turned to cosmetic surgery on a number of occasions to help her achieve the look she wanted. 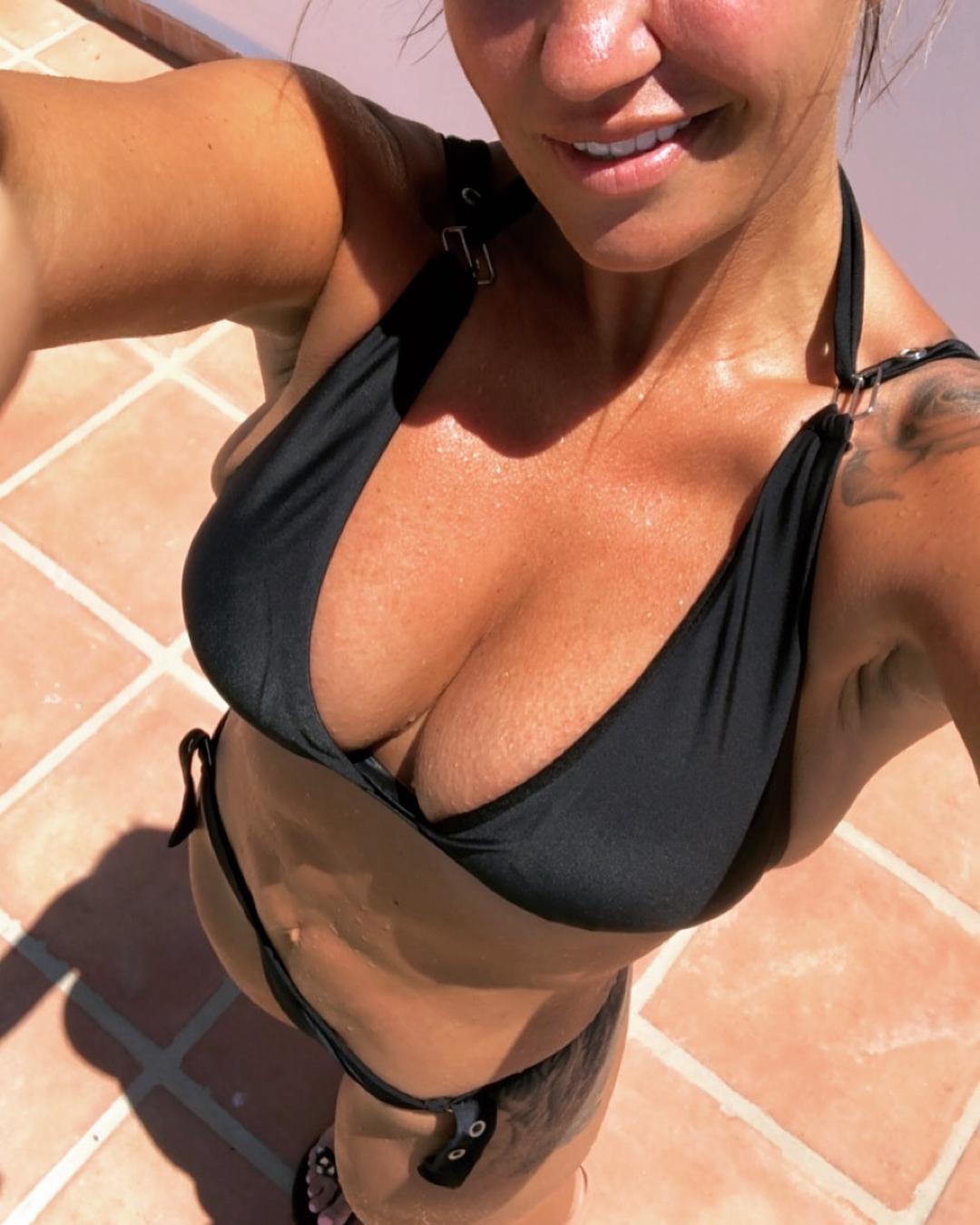 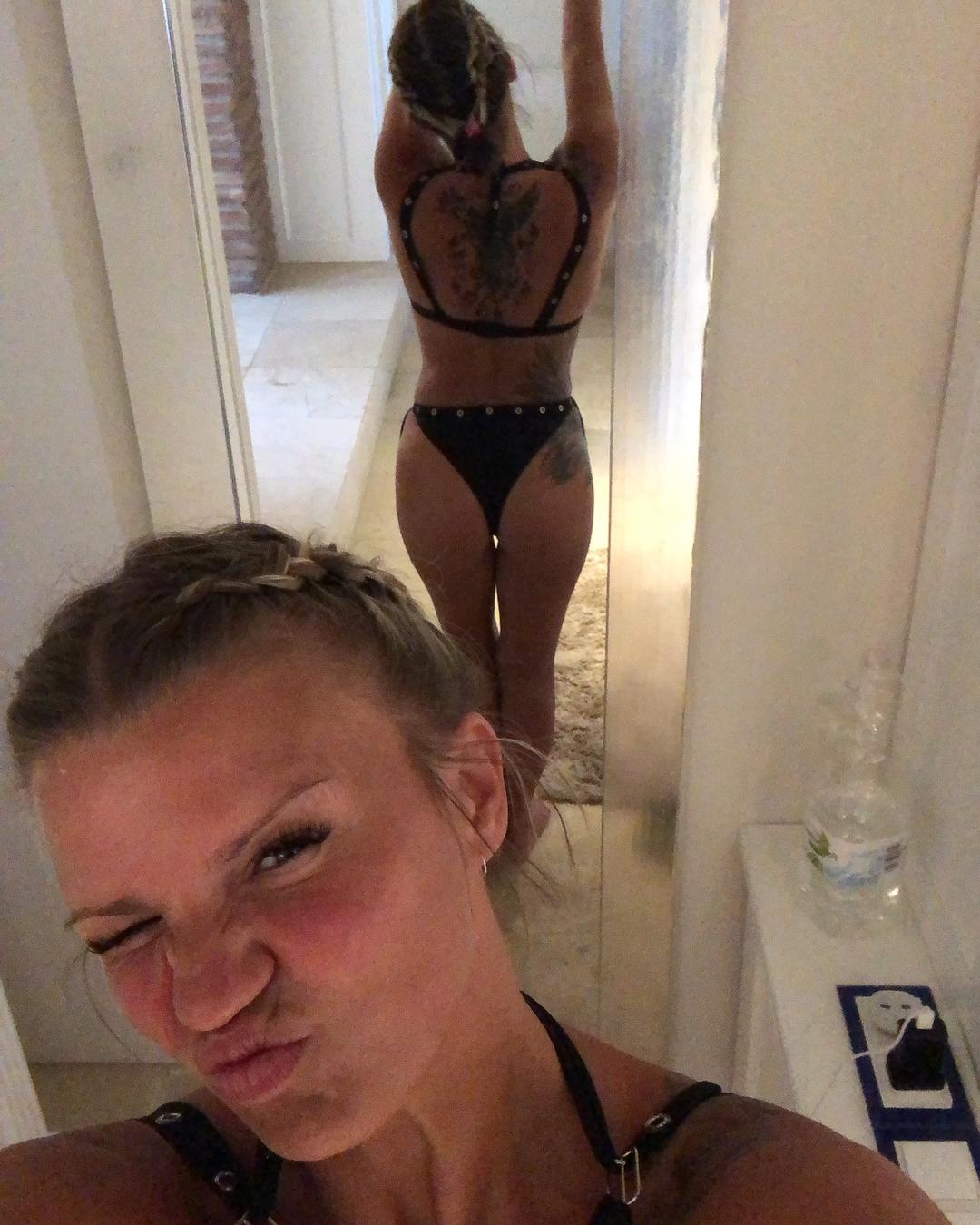 However since becoming good friends with former Real Housewives Of Cheshire star Ampika Pickston last year, Kerry has finally found a method that works for her.

But Kerry's incredible new physique divided her fans after she admitted how she'd achieved the staggering results. 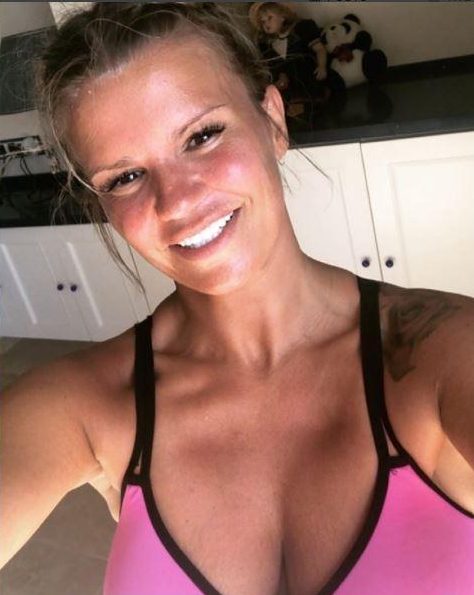 Although she's been putting in work at the gym, Kerry boasted she'd lost two stone in six weeks after using £250 a week protein injections.

While some of her followers didn't agree, Kerry said she felt better than ever with the way she looked.

Meanwhile, Kerry was "heartbroken" to be left out of Atomic Kitten's World Cup version of their hit Whole Again.

Bandmates Natasha Hamilton and Liz McClaron hit the studio to record a World Cup version of their 2001 classic while Kerry was abroad in Marbella.

A close friend of the star exclusively told The Sun Online: "Kerry is heartbroken. She's absolutely gutted that the girls would sing the song without her.

"She always thought they'd get back together and this was the most amazing opportunity for this to happen.

Emmerdale returns to filming after shutting down during pandemic – The Sun

This simple jewellery style has over 3 billion views on TikTok, but why is it so special?