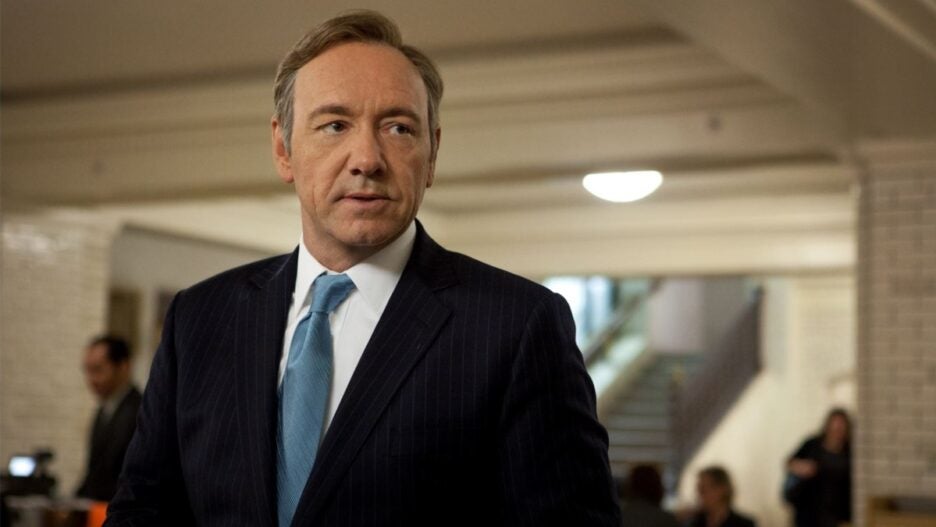 Kevin Spacey and his production company was ordered to pay a total of $31 million over his firing from Netflix’s “House of Cards,” an arbitration judge ruled on Monday.

Spacey was fired from Netflix drama in 2017 after multiple accusations of sexual assault. He was written out of the show’s final season in 2018, which focused on co-star Robin Wright.

The accusations, which have torpedoed Spacey’s career, included groping of a production assistant and led to MRC to conduct an investigation, ultimately terminating both his acting and producing contracts. The dispute eventually landed in court.

Under the terms of the ruling, MRC was awarded $29.5 million in damages and $1.4 million in attorneys’ fees and costs. The arbitrator’s ruling was actually made in October 2020. An appeal by Spacey was denied earlier this month. The ruling became public Monday when MRC filed a petition in a Los Angeles Court to have it confirmed.

“The safety of our employees, sets and work environments is of paramount importance to MRC and why we set out to push for accountability. We thank Michael Kump and Gregory Korn of Kinsella Weitzman Iser Kump Holley LLP for their commitment and hard work in this case,” MRC said in a statement.

“It was a privilege representing MRC in this matter. MRC stood its ground, pursued this case doggedly, and obtained the right result in the end,” said Kump.

The Wall Street Journal was first to report on the ruling.