KIM Kardashian flaunted her figure in sexy white lingerie and a pair of leather cowboy chaps yesterday on Instagram.

The 39-year-old wowed her 171 million Instagram followers as she posed in the daring outfit for a series of snaps. 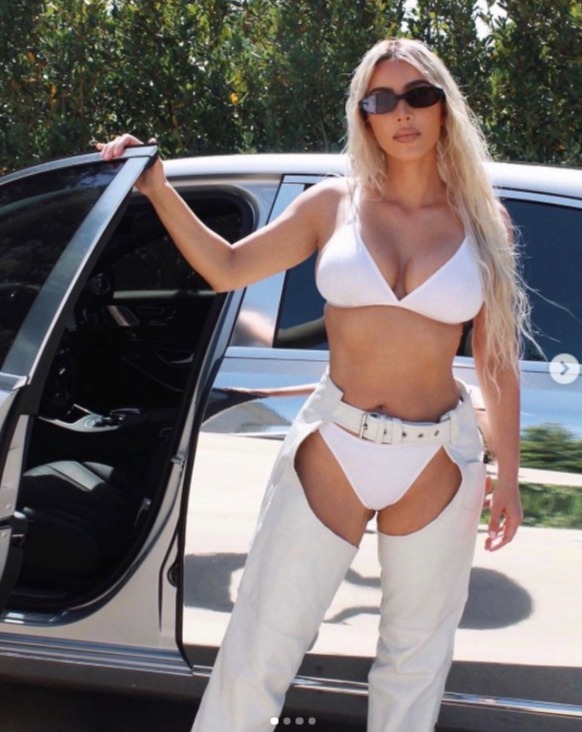 Highlighting her curves, she slipped into a plunging white bralet and matching high-cut underwear while she posed infront of metallic silver Rolls Royce Phantom.

The mom-of-four upped the fashion ante as she teamed her lingerie with a pair of cowboy-style white leather chaps, which accentuated her narrow midriff.

Continuing the white theme, the beauty mogul sported a long platinum blonde wig, which fell to her waist, and donned a pair of 90s-inspired shades.

Captioning the series of photos, she wrote: "All dressed up with nowhere to go." 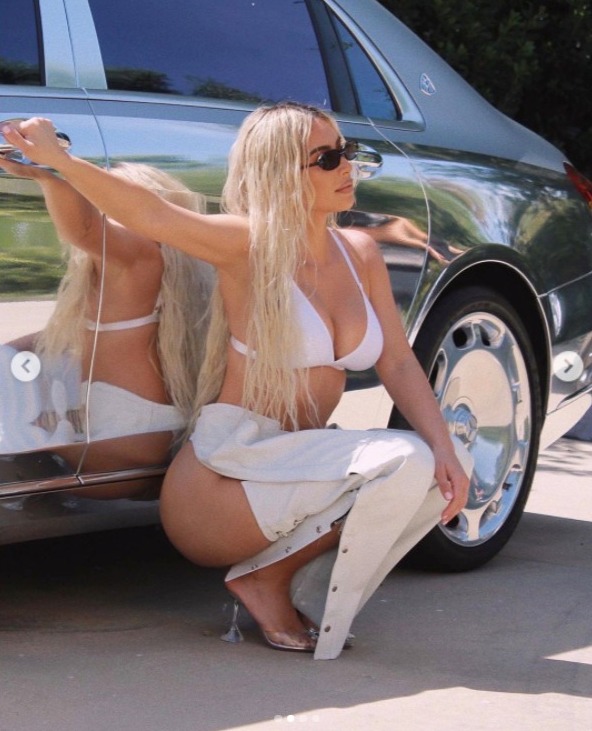 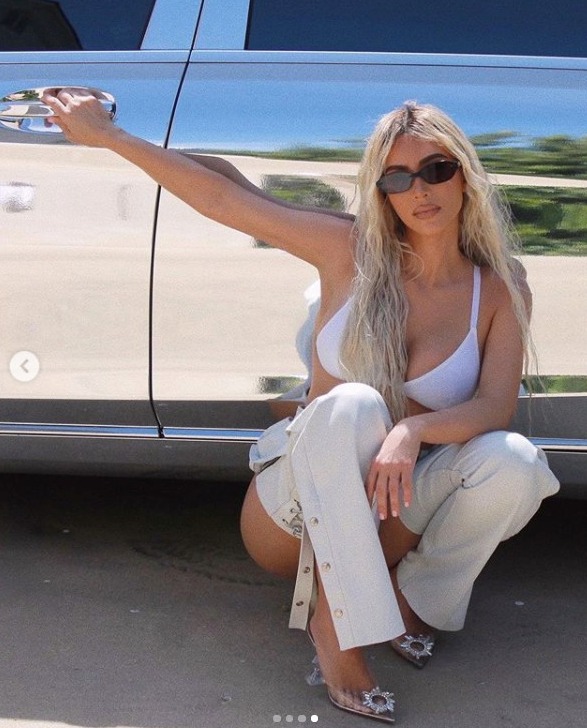 Kim's pulse-racing shots come after it was revealed that the family's reality show is still filming.

Momager Kris Jenner was quick to come together with the show's producers on a workaround for camera crew as the ongoing coronavirus pandemic saw the crews forced to leave the Kardashian homes.

In response, Kris "hired a director of photography and a technician, who put on a precautionary hazmat suit and configured brightly-lit rooms in Kim's self-described 'minimalist monastery' mansion and in Khloé's Calabasas home." 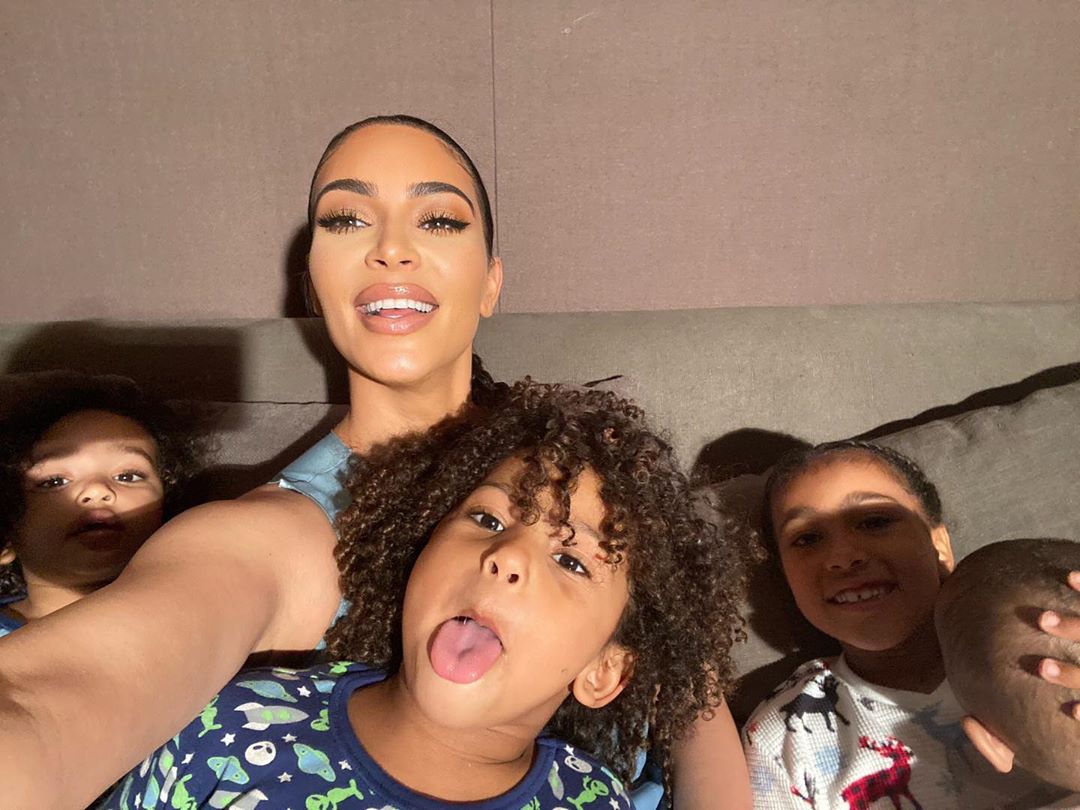 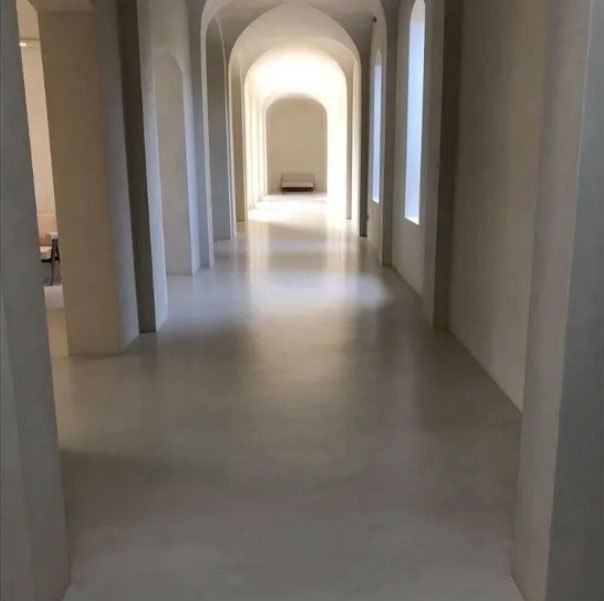 "There they set up phone-friendly tripods, which were carefully cleaned with sanitary wipes to combat the transfer of any germs.

"The family waited 24 hours before entering the rooms to further avoid any potential COVID-19 contamination."

The information comes from Elle magazine, during an interview with executive producer Farnaz Farjam, who revealed that fans will see Kim's attempt to home school her two eldest children, North and Saint.

Farnaz also revealed that their original plans – to have the family film themselves with handheld iPhones – backfired because "if Kris gets annoyed and walks out of the camera angle, it's not like we can follow her and continue shooting."

"She has to come back onto the screen and explain [why she walked away]," said Farnaz.

The new series will return in September, and a new teaser for the series, released at the end of April, showed just how the new episodes may look.

Three-bed semi-detached house with garden goes on sale for just £50,000 in Manchester…but it needs a bit of work

Doctor Who: Jodie Whittaker replacement to have link to David Tennant?