KIM Kardashian proved she can still work out and deliver a steady stream of sexy pictures during lockdown – by hitting her gym in lingerie.

The 39-year-old star put on a worked up a sweat wearing a skimpy leopard-print two-piece. 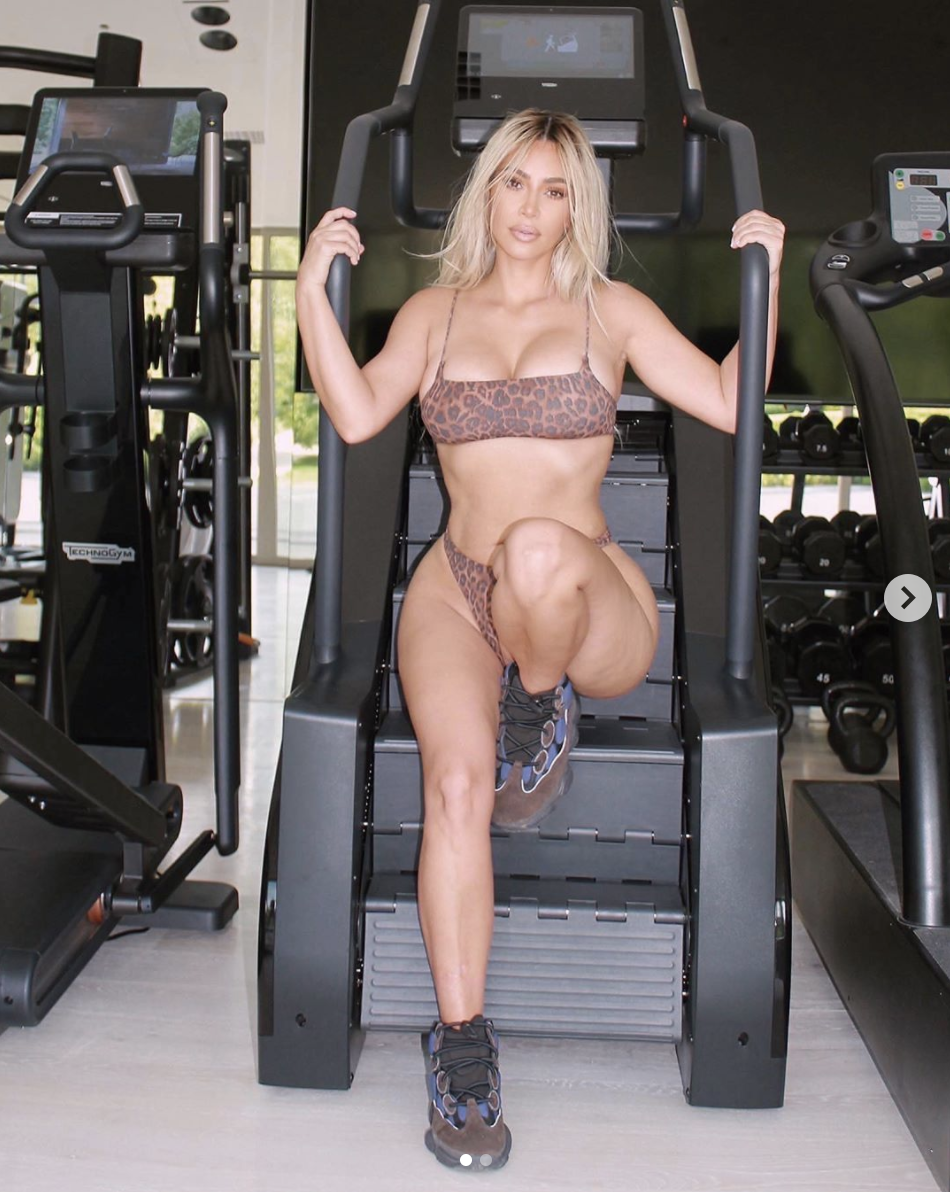 She showcased her ample cleavage and hourglass figure in the revealing outfit, which left little to the imagination.

The mother-of-four made sure to have sensible footwear on, suitable for a gruelling work-out.

Her hair was tousled and blonde as the Keeping Up With The Kardashians star had applied her make-up for the photoshoot.

She captioned the images: "Quarantine Workout." 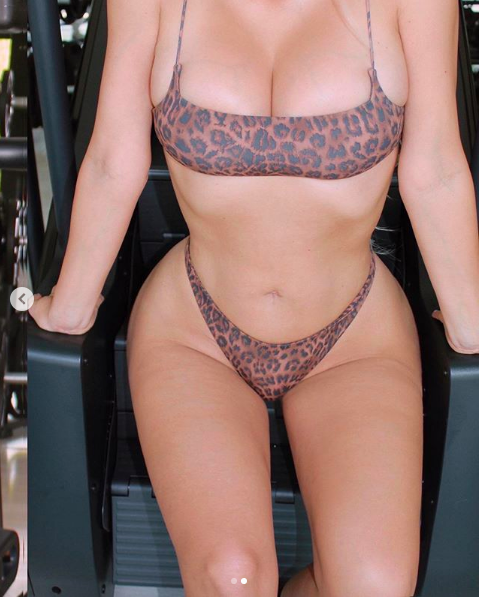 It comes after Kim reportedly isn't getting along with husband Kanye West in lockdown.

The Sun revealed that Kim and Kanye are living at opposite ends of the house in an effort to keep things "civil" amid the coronavirus pandemic.

As they look after their kids North, Saint, Chicago, and 12-month-old Psalm, sources close to the couple said: "Kim and Kanye are arguing and at each other's throats during this pandemic.

"Kim is getting stir crazy, as she's used to being on the go. It's also a lot of time alone with the kids for her. 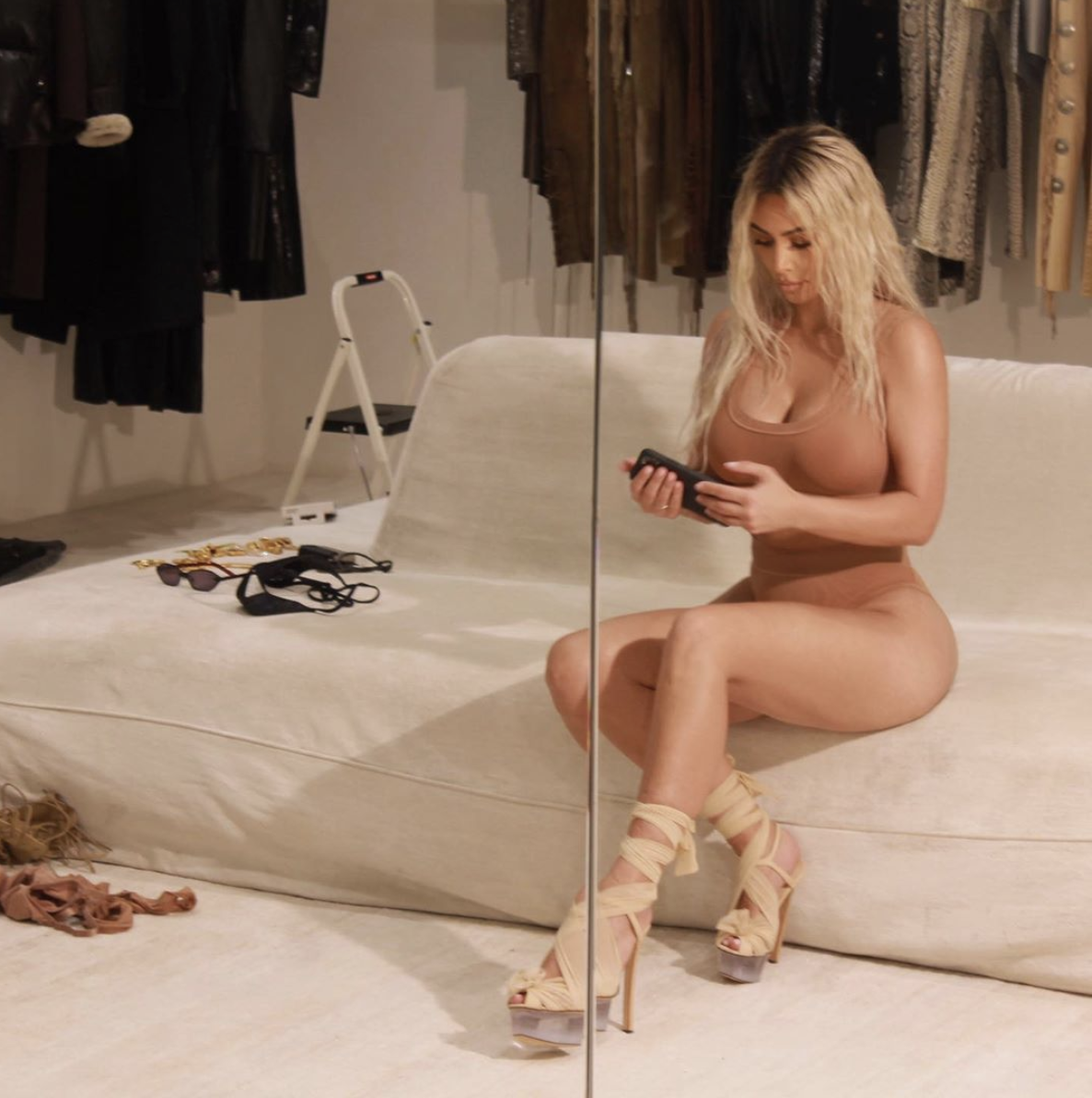 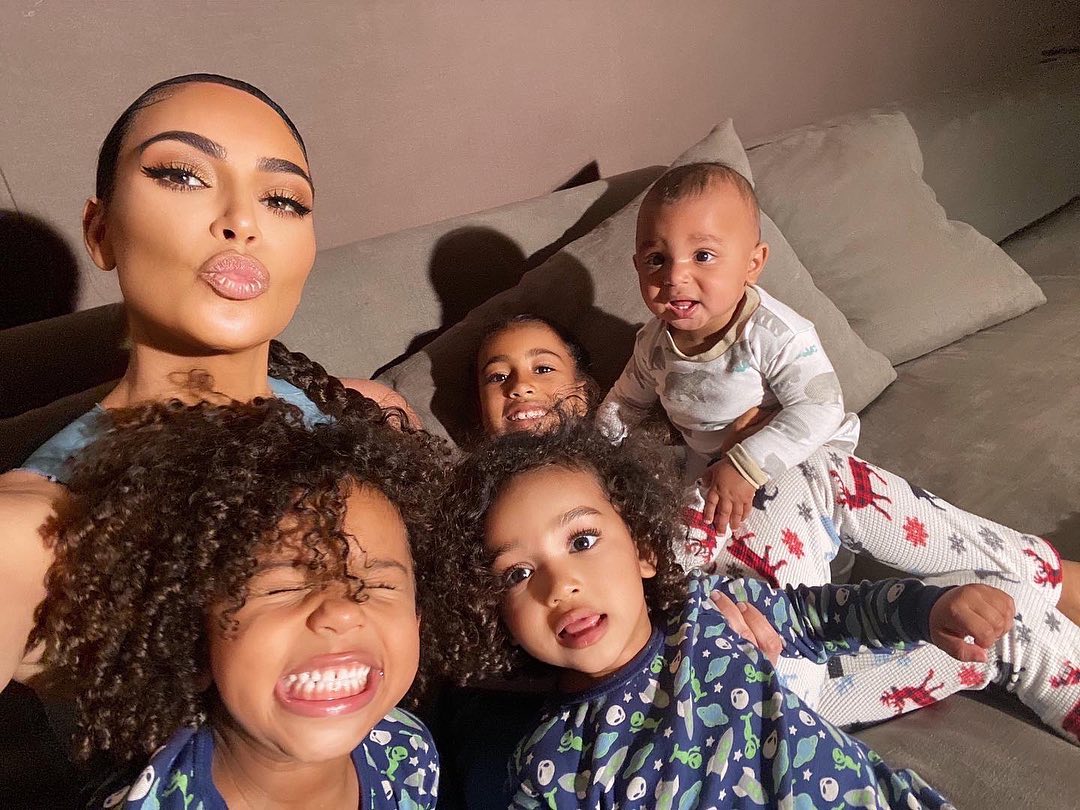 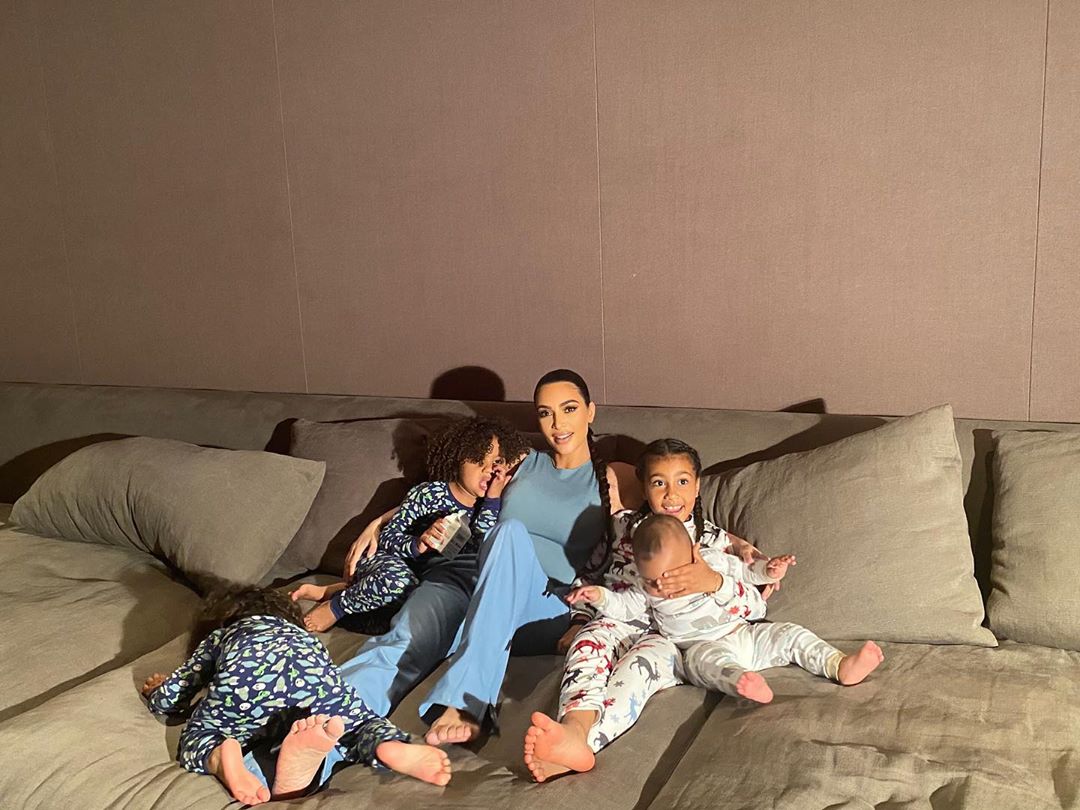 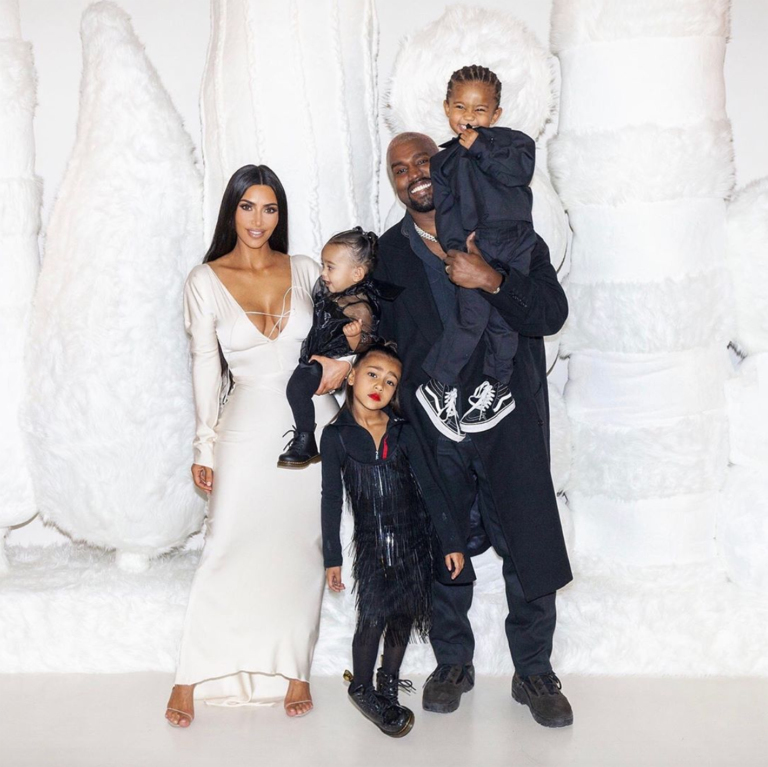 "She is frustrated with Kanye and thinks he's not pulling his weight in family responsibilities. They've been staying at opposite ends of the house to keep things civil."

The KUWTK star is upset that she’s been left to look after the children while her husband concentrates on his Yeezy sneaker line.

The star, 39, has made no secret of her struggles with homeschooling and entertaining her four children in recent weeks, with the famous family following social-distancing rules due to the coronavirus pandemic.

Eventually, Kanye chose to take the children to his ranch in Wyoming last week.

According to reports, Kanye “whisked the kids away” to his $28 million ranch in Wyoming to give Kim “a break.”

Why Did 'Grey's Anatomy' Bring Back So Many Dead Characters This Week?