Home » TV & Movies » 'We know who you are': Asia Argento uses closing Cannes speech to call out abusers in audience

Italian actress Asia Argento, who has accused movie mogul Harvey Weinstein of sexual assault, has told the closing ceremony of the Cannes Film Festival there were abusers in the audience who had yet to be outed. 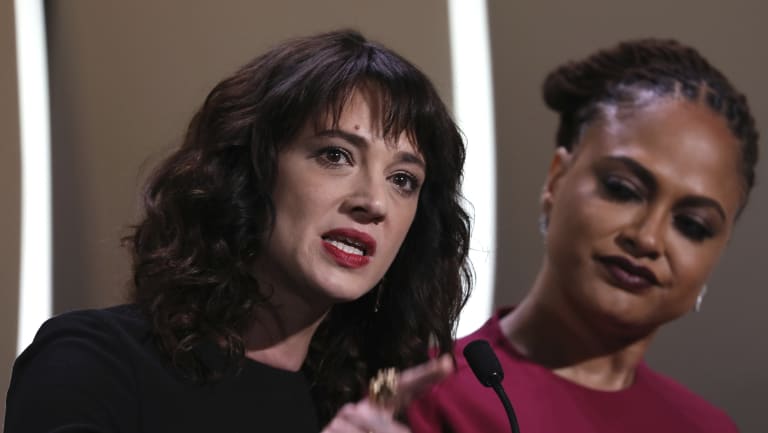 Actress Asia Argento, left, speaks about being raped by Harvey Weinstein, with jury member Ava Duvernay, during the closing ceremony of Cannes.

"This festival was his hunting ground," Argento said in a speech ahead of the awarding of the Palme d’Or and other prizes.

She said Weinstein, until this year a hugely influential presence at the festival, would never return, "shunned by a film community that once embraced him and covered up for his crimes".

"Even tonight, sitting among you, there are those who still have to be held accountable for their conduct against women," she said. 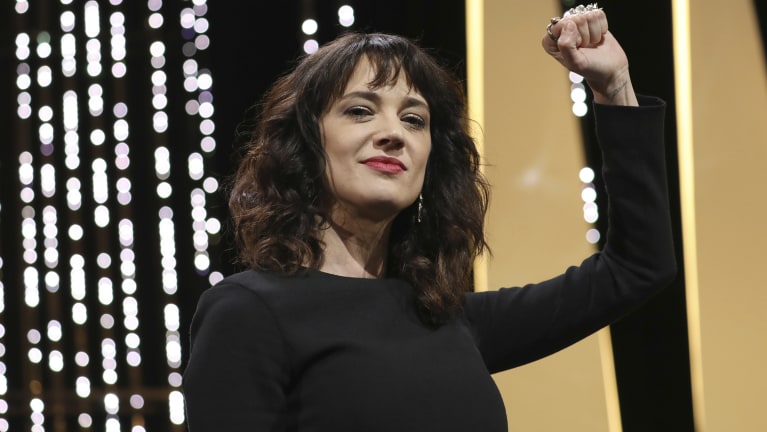 Argento gestures on stage during the closing ceremony of the Cannes Film Festival.

Weinstein's lawyer in Italy, Filomena Cusano, was in Cannes as Argento spoke and said there was as much stunned silence in the hall as there was applause.

"The allegations by Ms Argento are completely false. Mr. Weinstein had a consensual relationship with Ms Argento, and she starred in Mr Weinstein's film B. Monkey in 1998, in which Argento was excellent, and she herself said was a fantastic role for her," Cusano said in a statement.

"After that, she wrote a script for Mr Weinstein about Italian director Vittorio De Sica that he wishes could have been produced. This is clearly a painful time for Ms Argento, but it is a false narrative. Mr Weinstein only wishes Ms. Argento well."

Organisers of the festival, which began on May 9, set up a telephone hotline for victims of harassment, and several discussion groups addressed the issues of sexual abuse and the under-representation of women in the film business.

Heather Locklear Taken to Hospital for Psych Evaluation After Threatening to Shoot Herself: Report

'The Office': John Krasinski Broke Character As Jim Halpert in Season 4 But Fans Missed It