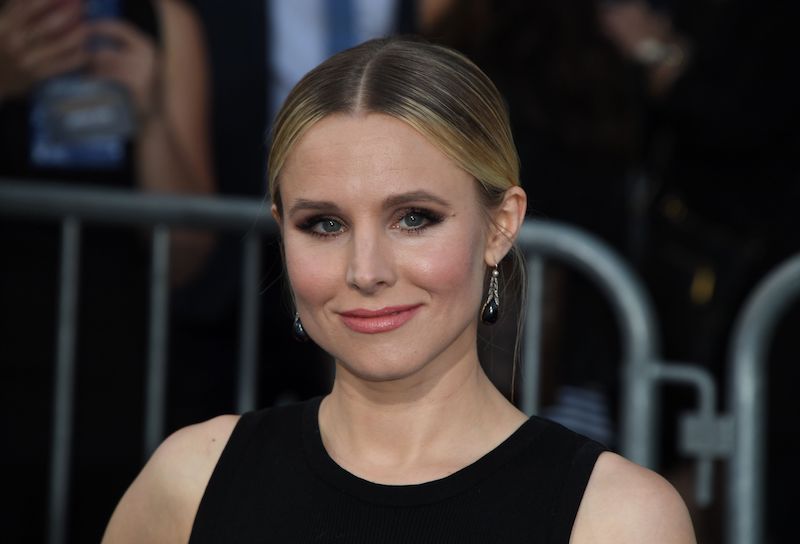 Motherhood is both extremely rewarding and incredibly challenging. One thing is for sure: It’s not glamorous, no matter how magical it may look in films and on television. Whether it’s trying to convince your kids to get into a car or trying to prepare a meal, mundane everyday task can turn into incredible feats with very entertaining results.

Though we are used to them gracing red carpets and the covers of our favorite magazines, celebrity moms are certainly not immune to the hilarious trials and tribulations that come with motherhood. From Kristen Bell to Chrissy Teigen, here are a few famous women who kept it real when it came to the realities of what it means to be a mother.

Kids can even infiltrate your social media accounts when you least expect it. Kristen Bell learned that the hard way when she was live tweeting for her show, House of Lies, and her daughter decided to take over.

Next: She’s a rom-com queen and mom of three.

Jennifer Garner has a super sweet tradition called “Yes Day” with her three children, Violet, Seraphina, and Samuel. Based on Amy Krouse Rosenthal’s 2009 book of the same name, “Yes Day” is when you respond to every single one of your kiddos requests by saying yes — even if it leaves you feeling beyond exhausted.

Obviously, Garner deserves all of the awards for this.

Next: This pop songstress loves to joke.

Mom life can be so exhausting that sometimes you might even fantasize about disappearing. Gwen Stefani was on The Ellen DeGeneres Show when she joked, “The other day we were driving home, and I was thinking, ‘Okay, Motel 6. If I can just find one and go there and disappear. Disappear from my life.’”

Next: This dancing mama is passing on her moves to her daughter.

Jenna Dewan Tatum reunited at the Hollywood Bowl with some of Janet Jackson’s other former dancers to join the pop diva for a special rendition of “Rhythm Nation.”  The dancer-actress was rocking out at her rehearsal when her daughter, Everly, decided to interrupt for some mama love.

Next: No big or little lies here — this actress gets real with her fans.

This is what trying to pack for vacation with a little one looks like. ? #MomLife #WhoCanRelate

This is what trying to pack for vacation with a little one looks like. #MomLife #WhoCanRelate

Academy Award-winner Resse Witherspoon always looks so poised and put together — but packing for a vacation with her son Tennesee proved to be too much for the actress. Witherspoon shared a super relatable post on Instagram of her just trying to get her bearings as she sits on top of a suitcase.

She captioned the photo with,  “This is what trying to pack for vacation with a little one looks like.” Be sure to scroll for the entire saga.

Next: She’s not getting any Younger but she’s still very equipped to deal with disasters.

#tb to last years melt down for class mates valentine gifts. 30 times is a lot to write your name ?

#tb to last years melt down for class mates valentine gifts. 30 times is a lot to write your name

Hilary Duff loves to share cute photos of her son, Luca. However, one of the Younger actress most real videos was sharing her son’s freakout about sending Valentine’s Day cards to his classmates.

In the #throwbackThursday post, you can watch a distraught Luca declaring that it was just entirely too much for him to write his name 30 times. Though Duff tries to soothe him, we don’t blame Luca at all — quite frankly, it sounds exhausting.

Next: This comedic actress makes us laugh with her commentary about motherhood.

Once you become a mom, you can almost guarantee that you will never be alone again.

Busy Phillips shared that sentiment on Twitter, saying, “My daughter & I accidentally busted in on my husband in the bathroom & he got mad which is funny since I HAVEN’T PEED ALONE IN 7 YEARS.”

Next: She’s not THE mother, but she is a mom — and she enjoys her rest.

Sometimes you just desperately want your kids to take a nap — basically because you really want to nap yourself. Alyson Hannigan kept it real when she tweeted, “Why don’t kids understand that their nap is not for them but for us?”

Next: Because of her recent hit movies, this actress has spent a lot of time talking about what it means to be a mom. 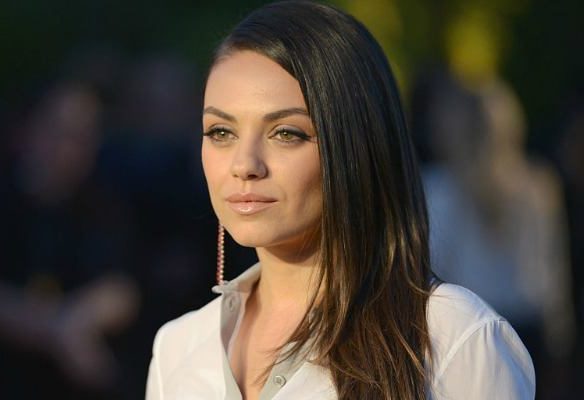 Actress Mila Kunis has learned just how much of yourself you have to give when you become a mother, and she’s not afraid to talk about it.

The A Bad Moms Christmas star told Us Weekly, “What motherhood shows you is how selfless you can get. I’m ragged tired. Who cares? My kids are healthy, I’m happy.”

Next: She’s not Wilde about bodily fluids.

Being a mom also means dealing with a ton of bodily fluids. When actress Olivia Wilde had her son Otis, she had an amusing revelation regarding pee.

She tweeted, “Having an infant son alerts me to the fact that every man, at one point, has peed on his own face.”

Next: This ’90s teen star knows the value of sleep.

If only he REALLY took naps. ?Those days are over. #keepsmebusy #alldayeveryday

If only he REALLY took naps. Those days are over. #keepsmebusy #alldayeveryday

Tamera Mowry- Housley was quick to assure fans that sleep patterns in her home haven’t exactly been perfected. The Real co-host shared a picture of her Aden lounging on a white fur rug.

She included a caption that said, “If only he REALLY took naps. Those days are over.”

Next: This singer’s son was ‘So Gone’ when it came to a particular zoo animal.

Thank you to the Detroit Zoo for amazing encounters with amazing animals… Many have been rescued from across the world …. This was walking thru the kangaroo encounter … Romelō insists they attack? #DetroitZoo #FamilyTime ?: @dogvisionpictures

Thank you to the Detroit Zoo for amazing encounters with amazing animals… Many have been rescued from across the world …. This was walking thru the kangaroo encounter … Romelō insists they attack #DetroitZoo #FamilyTime : @dogvisionpictures

Sometimes fun outings don’t exactly go according to plan, which is what singer Monica Brown learned when she took her two sons and daughter to the zoo.

Brown’s son Romelō decided that kangaroos were a bit too much for him, so he demanded that the “So Gone” singer’s NBA baller hubby, Shannon Brown, carry him.

Next: She poses for the camera for a living, but her daughter isn’t interested in the biz just yet.

When Mama really wants to take a photo but all ? wants to do is get back in that bouncy house ? Happy Birthday to our friend Lila ?? P.S. These are my current favorite jeans and yes! I wear them nearly everyday ??‍♀️

When Mama really wants to take a photo but all wants to do is get back in that bouncy house Happy Birthday to our friend Lila P.S. These are my current favorite jeans and yes! I wear them nearly everyday ‍♀️

Sometimes all moms want to do is look chic and take a photo — but the kiddos have other ideas. Actress Denise Vasi shared a stunning snap of herself at a birthday party with her daughter Lennox.

While Vasi was camera ready, Lennox was more interested in seeing what her friends were up to.

Next: This famous Mom deals with back talk from time to time.

Being a mother means you’re going to be cleaning up a ton of messes. Anna Faris shared a funny snap of her son Jack’s major popcorn mess on Twitter.

She also included his hysterical response when she asked him to clean it up. He said, “I don’t think so mommy!”

Next: She’s the funniest model in the biz, and her social media posts never fail to delight.

Though Chrissy Teigen has a young daughter Luna with her hubby, John Legend, her most epic mom moment was with her own mother, Vilailuck Teigen. The supermodel was horrified to find her mother making homemade sausages, which she then draped around the kitchen.

Things took a turn for the worse when Vilailuck tried to smoke the sausages the next day and nearly burnt the house down. Teign tweeted the entire ordeal for her fans.

Read More: The 21 Most Stylish Celebrity Moms of All Time