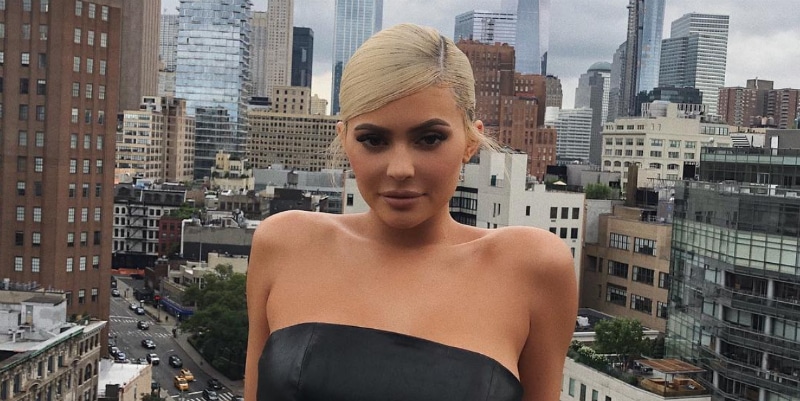 Kylie Jenner was caught trying to avoid Nicki Minaj on Monday night at the MTV Video Music Awards. TMZ reports that Kylie was spotted walking toward Nicki as she entered Radio City Music Hall for the awards show but when Kylie spotted her new nemesis, she turned right around and headed the other way.

No one is more upset about Travis Scott’s recent album success than Nicki Minaj. When his latest release Astroworld shot to number one on the charts, Nicki took aim, tweeting that it was an assist from Kylie Jenner and baby Stormi that put Travis above her.

Won a moon man for #ChunLi. Thank you guys so much for voting. ♥️♥️♥️ @stevenkleinstudio did an incomparable job with this one. I’m so honored to have worked w|him in this capacity. A true genius in every way. My manager GEE ROBERSON- love you so much. JEAN NELSON. BRIAN SHER. RICHELLE CROSS. JOE COROZZA. JAMIE KING. BRETT. B Akerland. SHEIKA. KIM. I could go on. Anyway, ??♥️♥️♥️???I’m wearing #OffWhite – thank you MTV!

It’s safe to say that this is not how Nicki Minaj envisioned the release of her highly-anticipated new album.

Things didn’t get any better for Nicki after the VMAs. On Monday, she took to her Queen podcast to continue her new feud by naming Travis Scott as the “H** N***a of the Week,” something she had teased that she would reveal on the show during a VMA speech.

Thankfully, organizers for the MTV Music Video Awards were careful to keep Nicki away from Travis and Kylie at the awards show. Initially, they were scheduled to sit just one row apart but after Nicki began calling Travis out on Twitter simply because his girlfriend was supporting his music, they reportedly decided to move the couple so that they weren’t seated anywhere near Nicki Minaj.

The New ‘Avengers: Endgame’ Trailer Is Everything You Ever Wanted & More