Home » TV & Movies » Lady Gaga vs Barbra Streisand: Will ‘A Star Is Born’ Launch a Billion-Dollar Career at the Box Office?

“A Star Is Born” opens this weekend as one of the most anticipated releases of 2018. The film’s title may as well refer to its lead actress, Grammy-winning singer-songwriter Lady Gaga, whose previous movie experience came from brief appearances in two Robert Rodriguez films. Her reviews are rapturous and she’s a leading contender for a Best Actress Oscar nomination, all of which could make her the biggest singing crossover since Barbra Streisand.

Hollywood hasn’t seen a singer become a breakout success since Whitney Houston in 1992 — although many have tried. John Singleton’s 1993 “Poetic Justice” featured Janet Jackson opposite Tupac Shakur, which grossed $61 million. She costarred with Eddie Murphy in “The Nutty Professor 2: The Klumps” ($212 million), and was part of a Tyler Perry ensemble in two “Why Did I Get Married” films.

In 2001, Mariah Carey starred in “Glitter,” which was an embarrassing flop. The 2002 “Wise Girls” was a Sundance premiere that went straight to video. After a series of cameo appearances and a minor independent effort (“Tennessee”), she rebounded with significant roles in “Precious” and “The Butler.”

After years of smaller film and TV roles, with “Mudbound,” Mary J Blige became the the first female singer crossover to receive an Oscar acting nomination since Cher. Beyonce made a big bow with “Dreamgirls” in 2006, but her subsequent roles in films like “The Fighting Temptations” and “The Pink Panther” weren’t starmakers. (Of course, she was once slated for Lady Gaga’s role in “A Star is Born.”) Rhianna’s taken more tentative steps into movies with “Battleship” and more recently “Ocean’s Eight.”

Others were big-screen blips. Britney Spears was a one-shot wonder in 2002 with Crossroads” ($59 million). Miley Cyrus’ Hannah Montana movie made nearly $100 million, but “So Undercover” (2012) barely received a release.

This is hardly a complete list. Tina Turner was a major force in “Mad Max Beyond Thunderdome,” Olivia Newton-John starred in “Grease,” and Reba McIntire had a few films before settling comfortably into series TV.

To set the context for Lady Gaga’s leading-lady debut, here’s a look at the movie careers of female singer superstars. All grosses are adjusted to 2018 ticket prices. 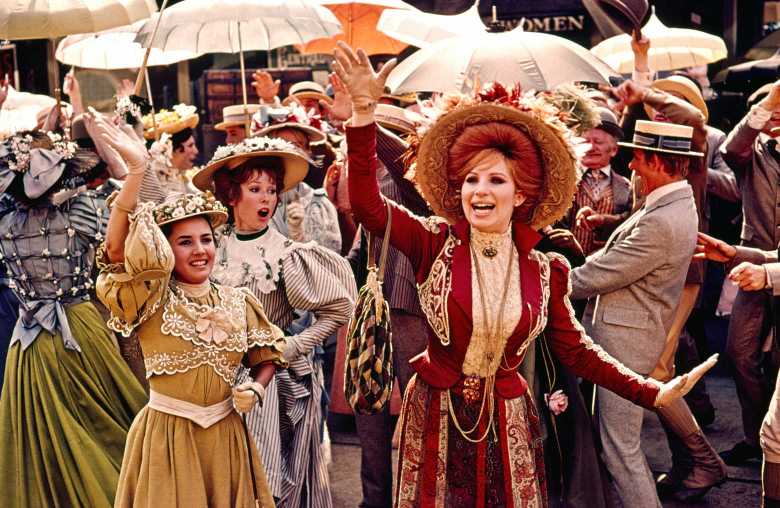 It’s been 50 years since Streisand’s big-screen debut, “Funny Girl,” opened and went on to gross $371 million (adjusted). At that point in her career, she’d had seven albums in the Billboard top 10 and was the biggest-selling female singer of the ’60s. Today, Billboard ranks her as the #1 female artist ever overall, with estimates of her total sales somewhere between around 100 million and 150 million units. After “Funny Girl” came “Hello, Dolly! (estimated $200 million, though the film barely made a profit), then “On a Clear Day You Can See Forever” ($84 million). Her box-office career total is around $3.2 billion, with “Meet the Fockers” at $409 million.

Always smart in her career moves, she adjusted to the decline in Broadway-adapted movie musicals and switched to straight comedy roles, with “What’s Up, Doc?” in 1972 scoring a $360 million gross. (By comparison, 2018’s biggest comedy “Crazy Rich Asians” should reach $180 million or a little higher.)

The next year she paired with Robert Redford for “The Way We Were” ($236 million) before returning to musicals with “Funny Lady” ($176 million) and a contemporary third version of “A Star Is Born” in 1976 ($348 million).

Streisand used her musical renown to front a massive hit (and win a Best Actress Oscar). But what sustained her long film career was ambition, flexibility, and control of her trajectory. 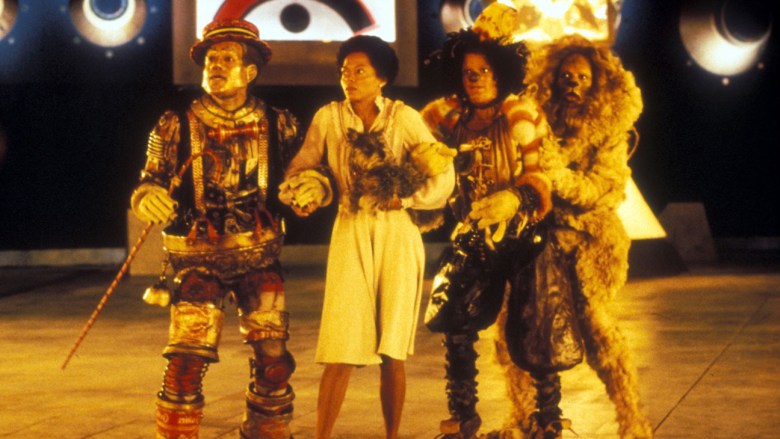 In the wave of Streisand’s crossover success, Ross’ mentor and Motown founder Berry Gordy produced “Lady Sings the Blues” in 1972. That Billie Holliday biopic brought her considerable acclaim for her acting chops, with grosses adjusted around $100 million. But her next film, “Mahogany,” grossed less than a quarter of that. Her only other film, ensemble cast musical “The Wiz” in 1978, was an expensive flop. After that, her career returned solely to music. Midler had limited sales success prior to “The Rose,” with only two top 20 singles. A romantic melodrama with similarities to “A Star Is Born,” “The Rose” came three years after the Streisand remake. Her next film was the major flop “Jinxed!” in 1982, and then she starred in a series of Disney comedies, three of which topped $100 million (“Ruthless People” the biggest). She also scored in 1988 with “Beaches” (which spawned her biggest single “The Wind Beneath My Wings.”) It’s an impressive career, with grosses over $1.5 billion. She got a second Oscar nomination with “For the Boys.” Her later hits were ensembles like “Hocus Pocus,” “The First Wives Club,” “The Stepford Wives,” and most recently “Parental Guidance.” 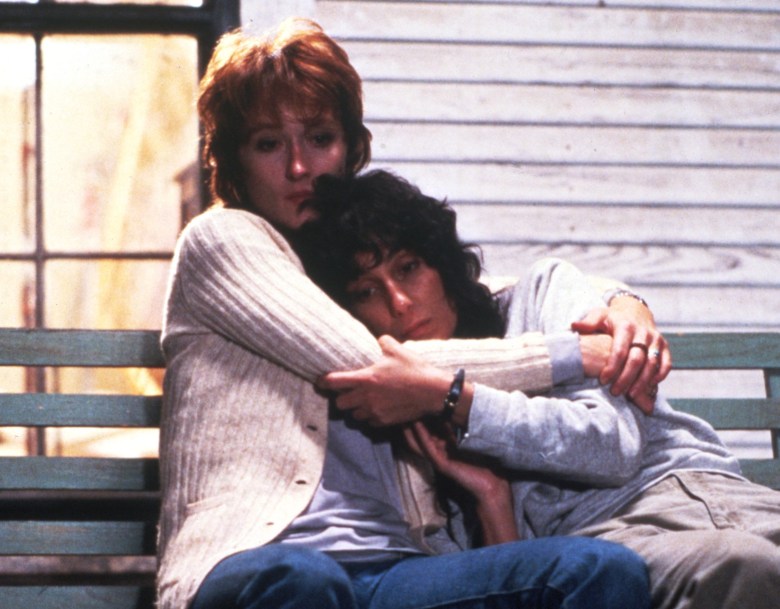 Meryl Streep and Cher in “Silkwood”

Her movie career actually goes back to 1967, when she appeared with then-husband Sonny Bono in William Friedkin’s debut feature “Good Times.” That was followed by the little-seen “Chastity” (1969), in which she appeared solo (Bono produced). Off-Broadway work followed before making Robert Altman’s “Come Back to the 5 and Dime, Jimmy Dean, Jimmy Dean.” She quickly gained serious attention for her supporting role with Meryl Streep in “Silkwood,” then the lead in “Mask,” both deglamorized roles. That was followed by her “Moonlight,” her biggest hit. She was Oscar supporting actress nominated for “Silkwood,” overlooked but praised for “Mask,” then won for “Moonstruck” (1987). Her films have grossed a little under a billion, and she returned this summer in “Mamma Mia! Here We Go Again,” which has grossed about $400 million worldwide. 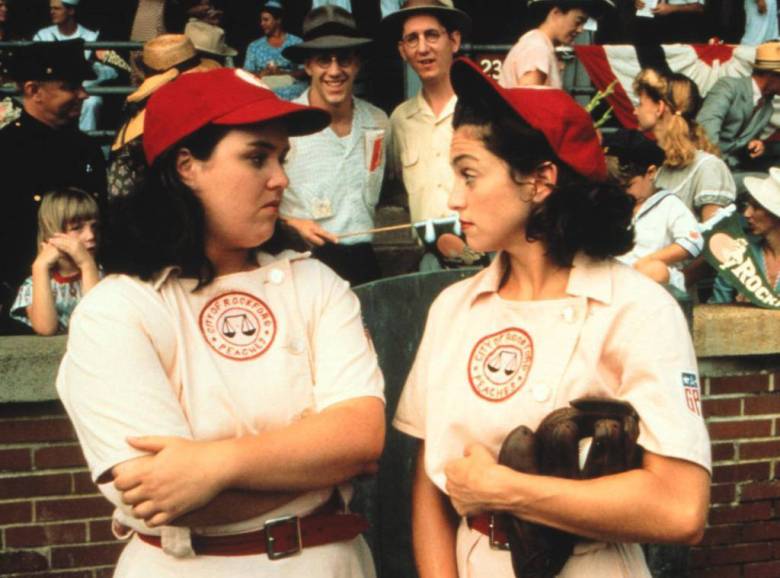 Rosie O’Donnell and Madonna in “A League of Their Own”

In many ways Lady Gaga’s closest movie-crossover counterpart, Madonna is the biggest selling female performer ever. After a small role in “Vision Quest,” she costarred with Roseanne Arquette in Susan Seidelman “Desperately Seeking Susan.” This turned into a sleeper hit, and its quirky, urban vibe complemented her budding image. But her next film, “Shanghai Surprise” (1986) opposite then-husband Sean Penn flopped, with “Who’s That Girl” the following year generating limited interest. That might have ended her screen career, but in 1990 she joined Warren Beatty’s “Dick Tracy” ($227 million) and then two years later Tom Hanks in “A League of Their Own” ($240 million). The biggest of her remaining films was “Evita.” She won a Golden Globe for best actress, but the film cost more than its $100 million gross. 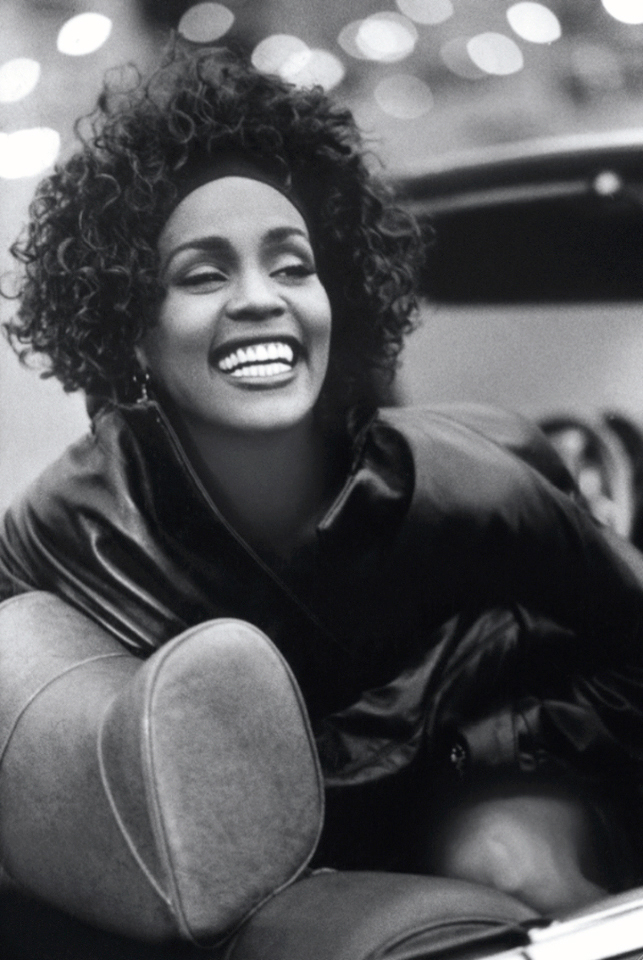 “The Bodyguard” paired Houston with Kevin Costner, at the top of his appeal, in what otherwise might have been a routine romantic thriller. Instead, it became a prime example of packaging a mid-budget movie around a superstar singer with no acting background. The soundtrack sold 42 million copies and won the Grammy for Album of the Year. “I Will Always Love You” became Houston’s signature song, and was Billboard’s #1 single for 14 weeks. She starred in three more movies, with “Waiting to Exhale” ($141 million) and “The Preacher’s Wife” ($99 million) more modest hits. Each was accompanied by successful soundtracks. More than a decade passed until her next film, 2012’s “Sparkle” ($29 million) in a supporting role. It was released several months after her death.

Sign Up: Stay on top of the latest breaking film and TV news! Sign up for our Email Newsletters here.

Julia Fox shares steamy snap of her and Kanye West