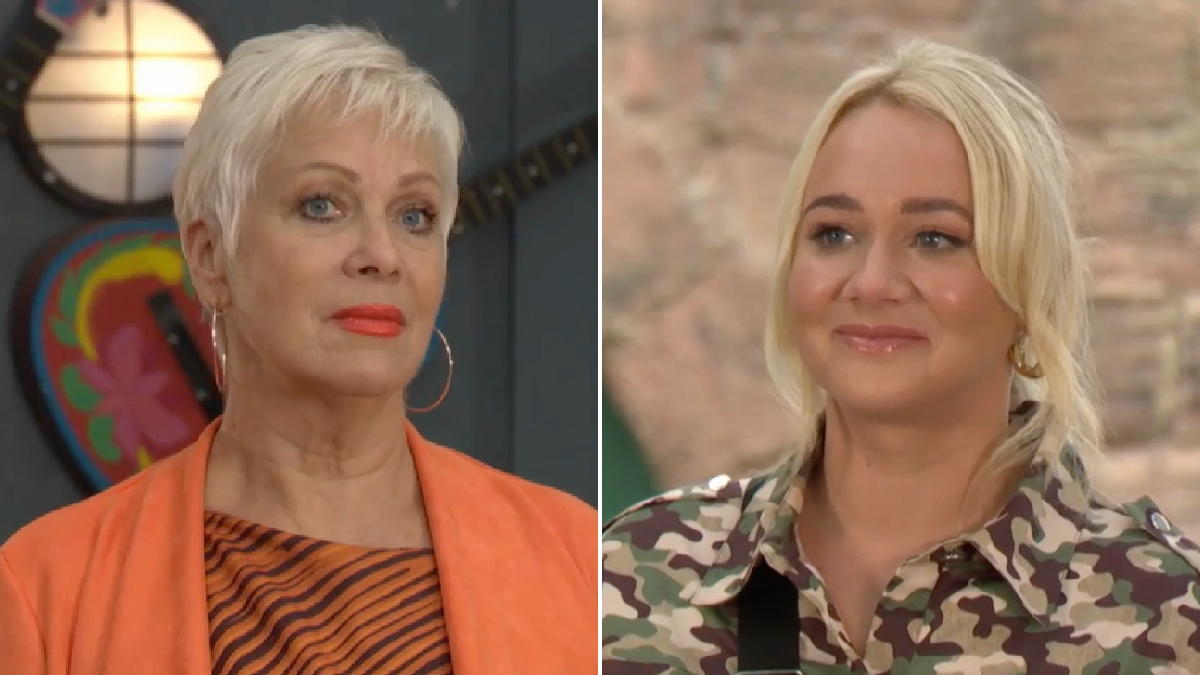 Leela Lomax (Kirsty-Leigh Porter) has made her highly-anticipated return to Hollyoaks, and it’s safe to say it did NOT disappoint!

The legend and all-round icon waltzed back into the village to find Sienna Blake (Anna Passey) in the process of mowing down Nate Denby (Chris Charles), who Sienna now reckons killed Brody Hudson (Adam Woodward).

Leela managed to talk her pal out of murdering Nate, especially on the basis of a hunch.

And wasn’t the only super-heroic act she committed during Wednesday’s (October 27) E4 first-look edition of the serial drama.

Ste Hay (Kieron Richardson) and Peri Lomax (Ruby O’Donnell) were worried sick that they were going to lose their home, after Fergus Collins (Robert Beck) put it on the market.

Having analysed the tenancy agreement, James Nightingale (Gregory Finnegan) concluded that there was simply nothing he could do. However, he was soon struck with an idea, as he decided to purchase the house himself.

Ste was overwhelmed with gratitude, but his happiness was short-lived, as James revealed that the property had already been sold.

Livid, Ste headed into the village to confront Trish Minniver (Denise Welch), berating her and Fergus for selling their family home.

Trish had little sympathy, and evidently relished in the opportunity to tell them that they were losing their house. Little did they know, however, that Leela was the mystery buyer!

Leela showed up in the market, much to Peri and Ste’s shock, as she confronted Trish for being so rude, telling her that she’s her ‘worst nightmare, love’

Trish was well and truly put in her place!

‘Welcome back, Leela!’, exclaimed Ste. A sentiment we very much echo.

I’m a Middle-Aged Woman. Here’s What The Media Still Gets Wrong About Us.

You might be owed £5,000 from Virgin Media: thousands could get a payout, will YOU?