He died suddenly at home on April 20, with the band paying tribute to him and telling of their "profound sadness". 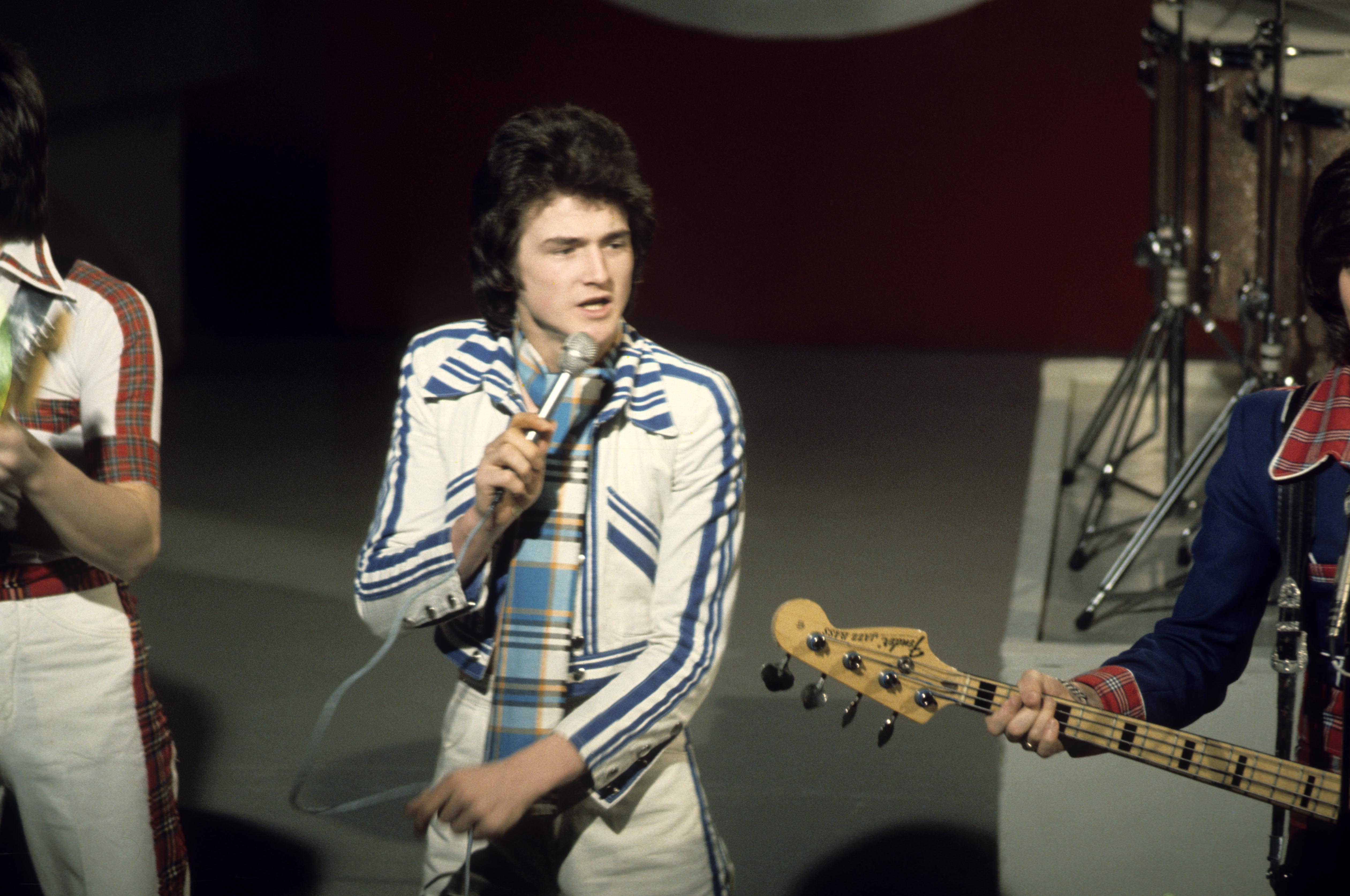 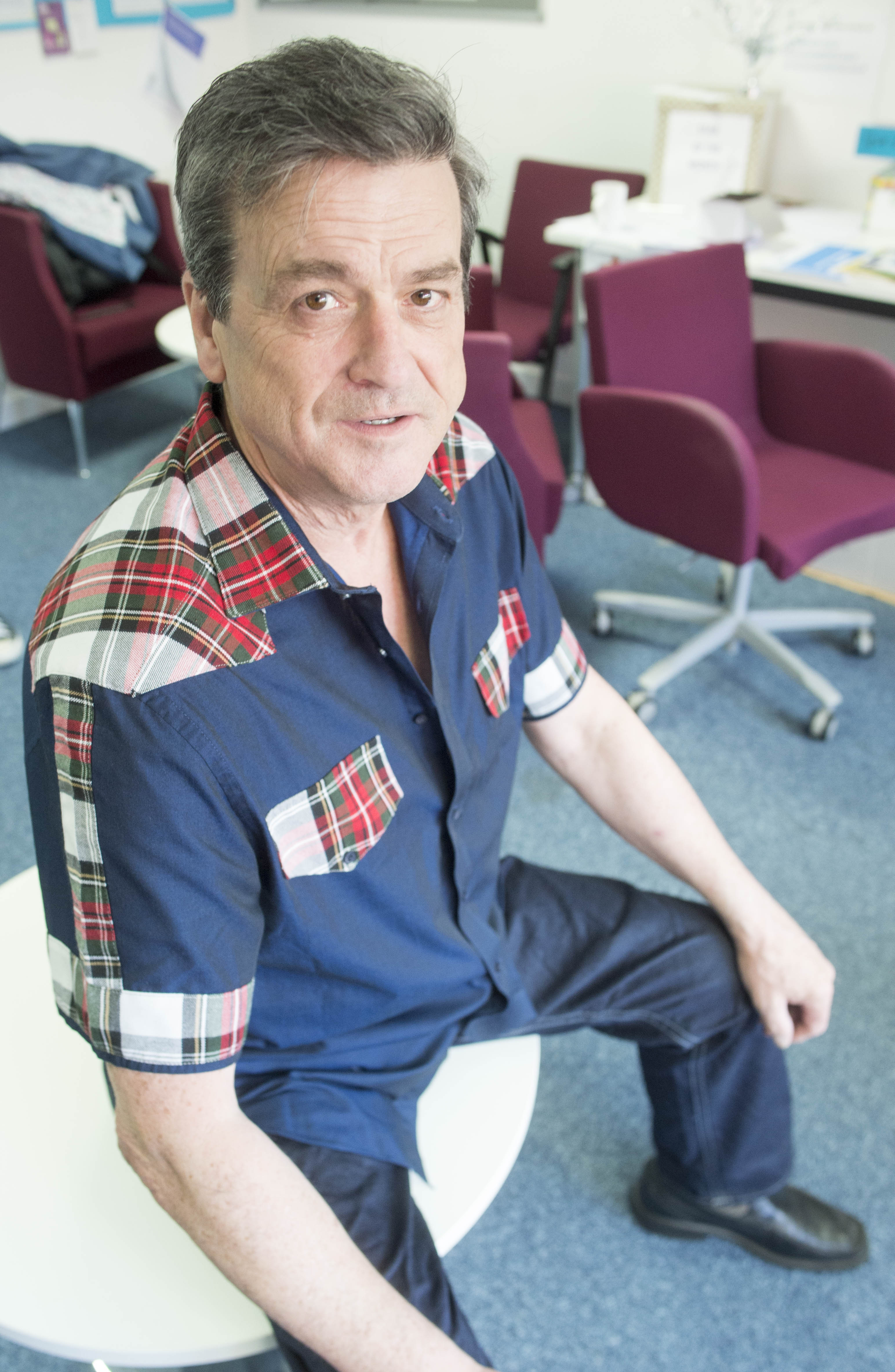 They wrote in a statement: "It is with profound sadness that we announce the death of our beloved husband and father Leslie Richard McKeown.

"We are currently making arrangements for his funeral."

Les was the lead singer of the band during their most successful period.

It is not known how the beloved Scot died after passing away suddenly at home.

The band was well known for it's popularity amongst teens all over the world.

Dubbed the "tartan teen sensations from Edinburgh", they were often called "the first of many acts heralded as the 'biggest group since the Beatles'". 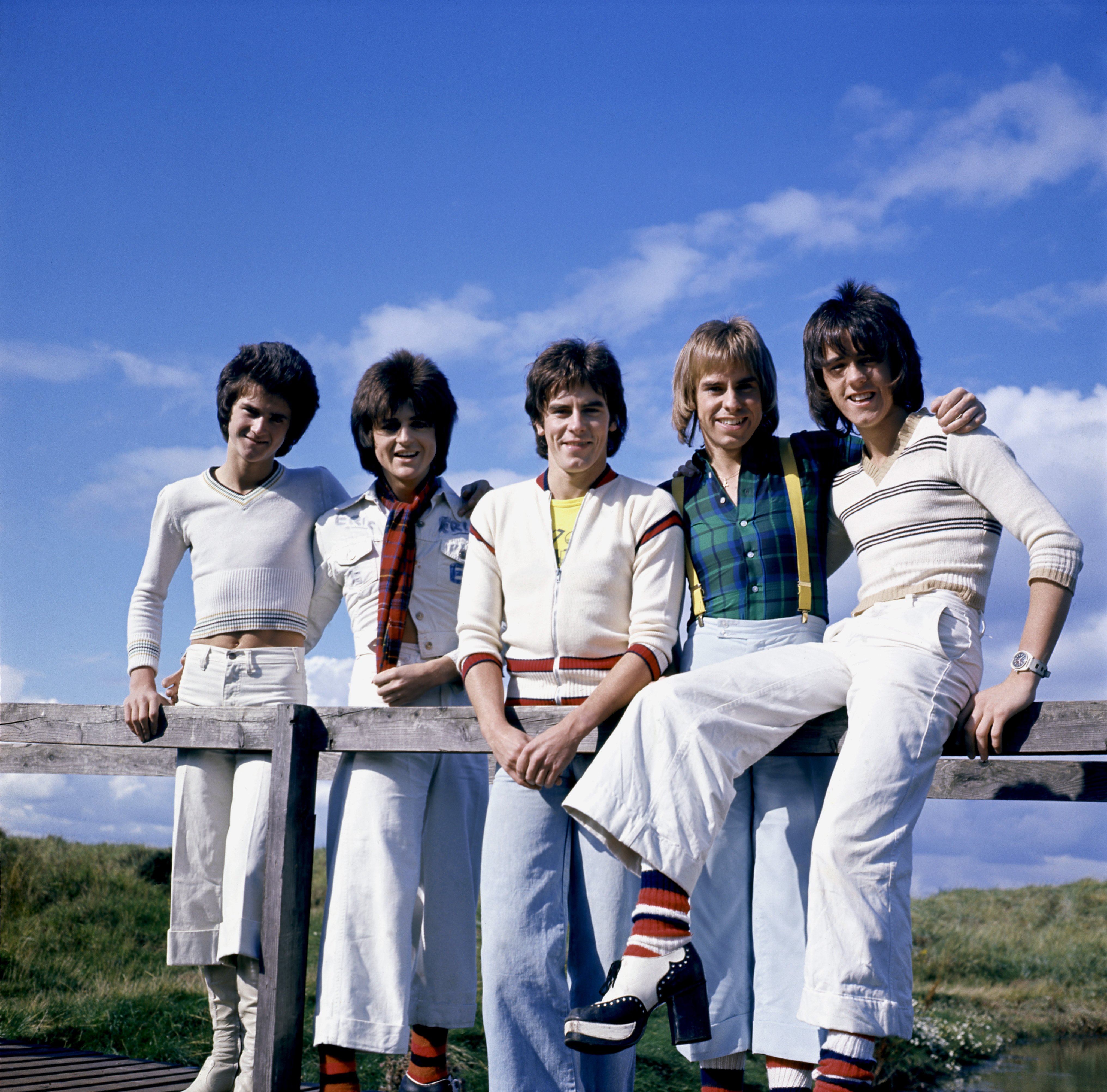 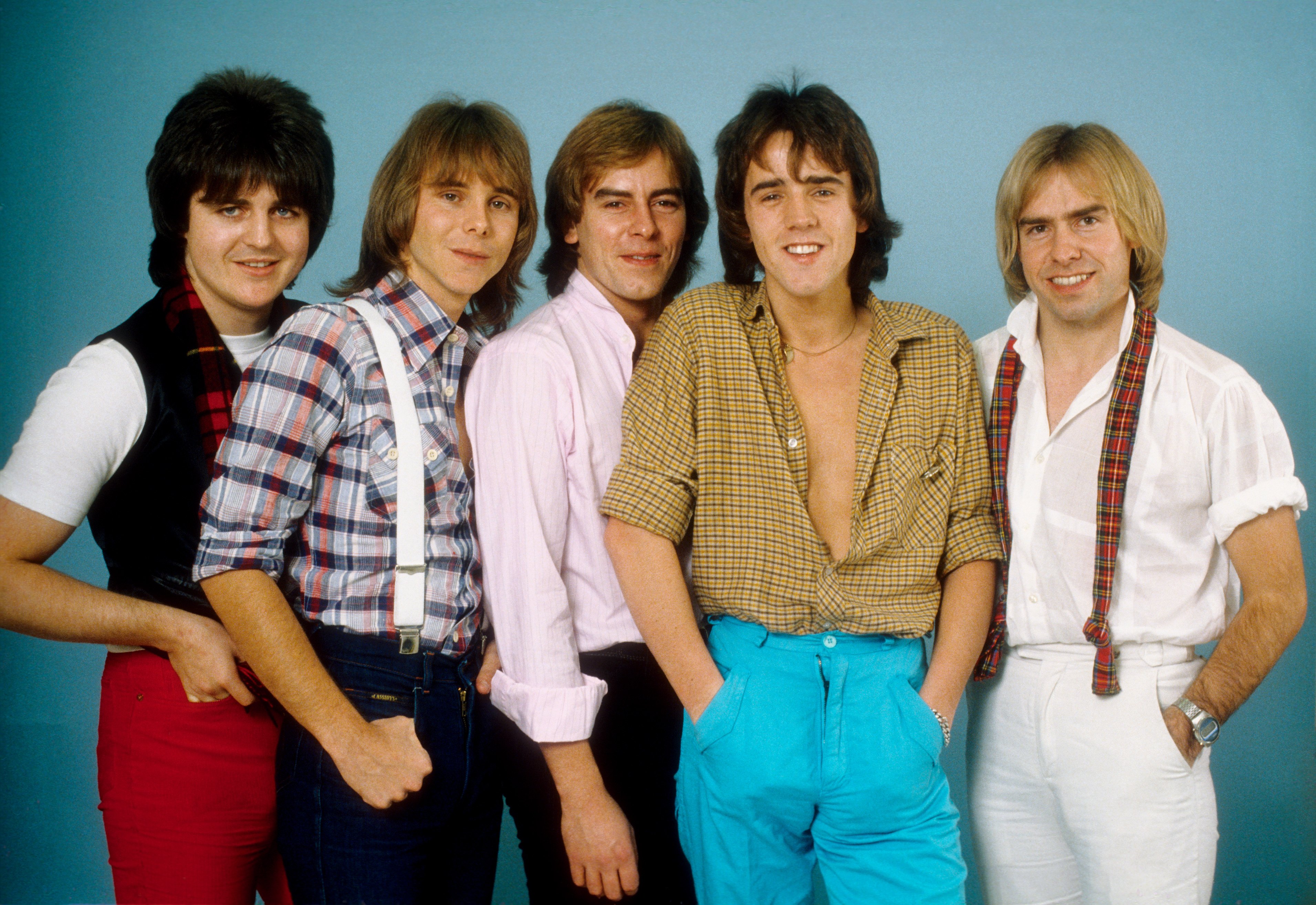 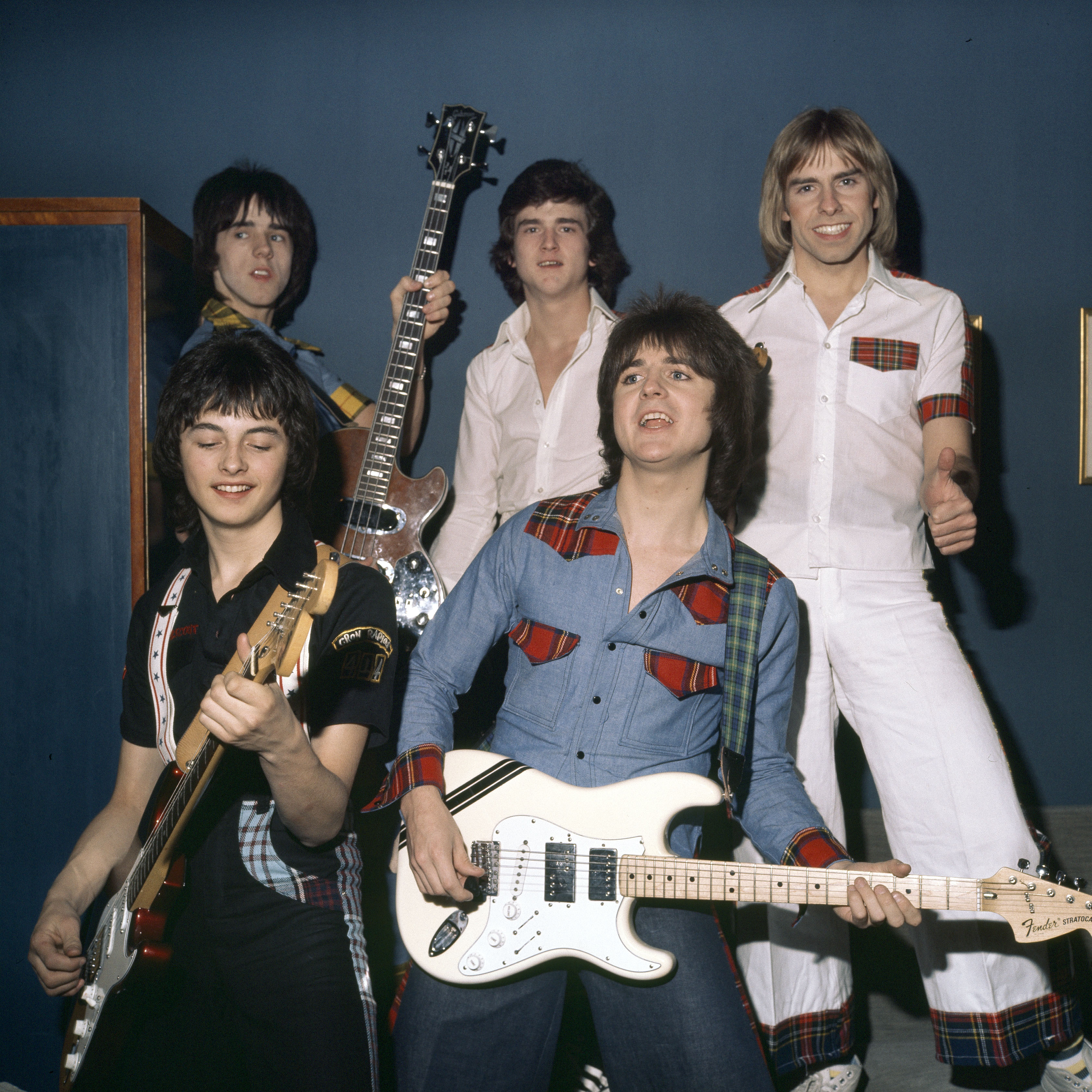 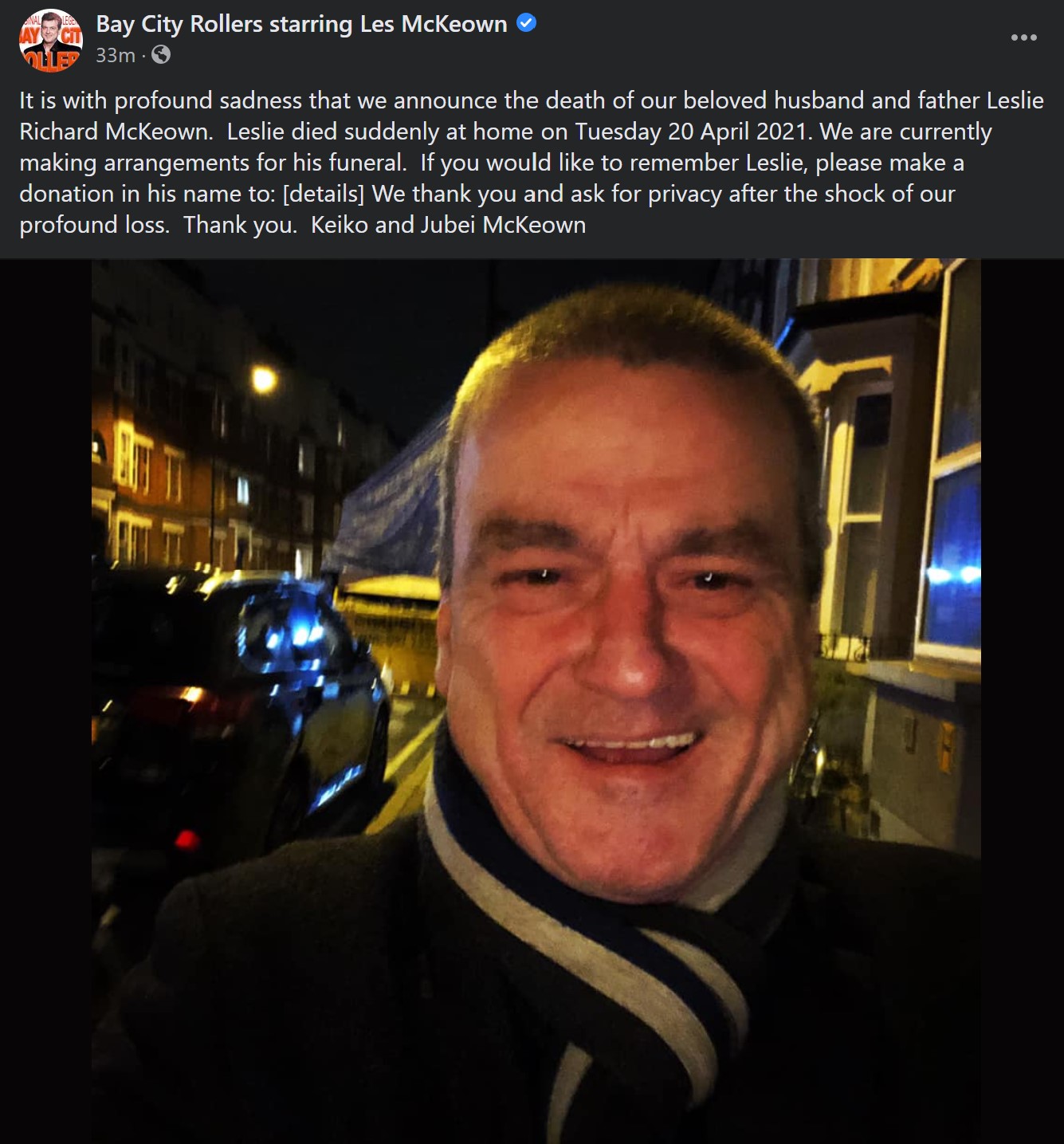 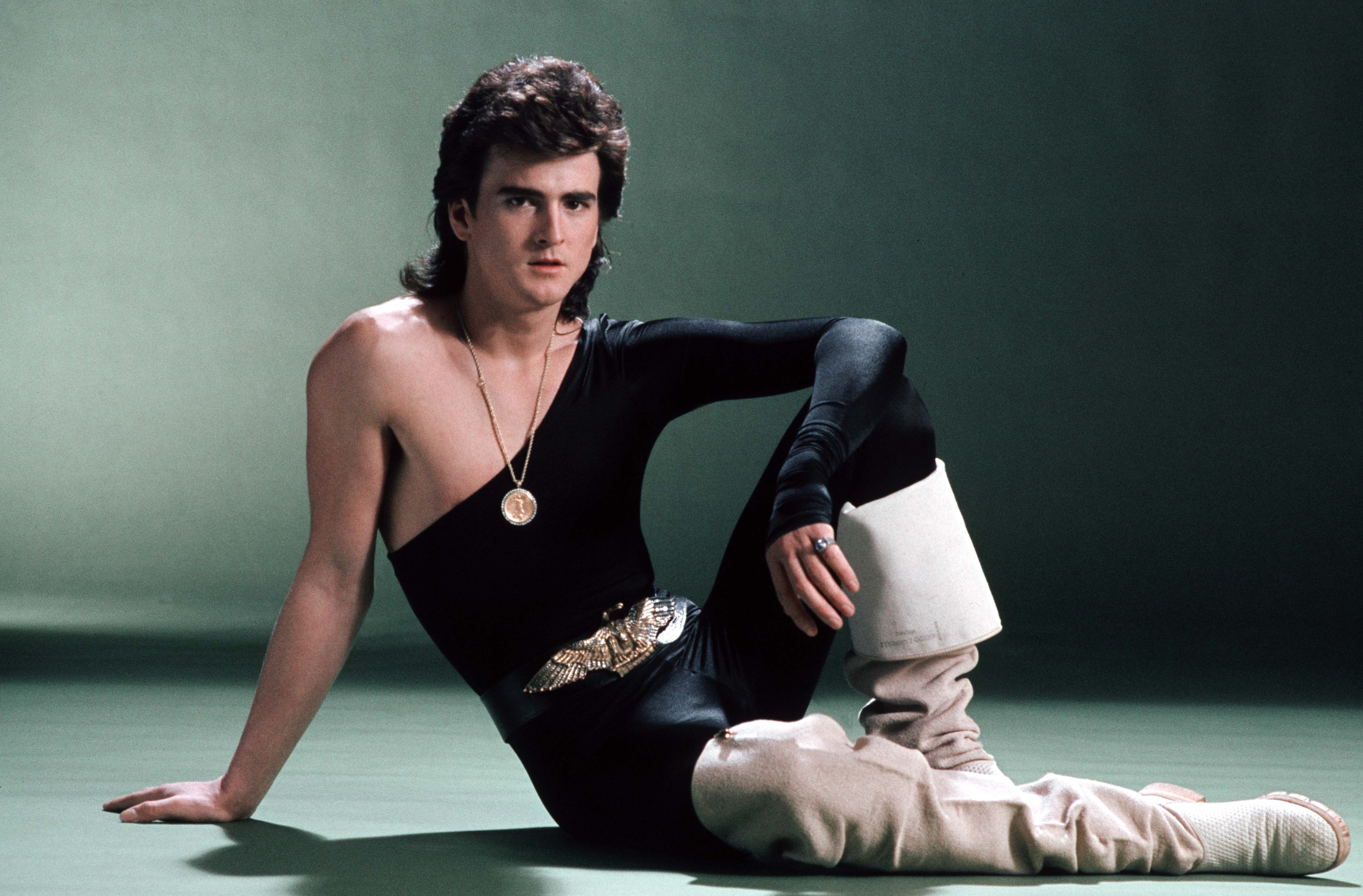 Formed at the end of the 1960s, the Bay City Rollers enjoyed huge success at home and abroad with their distinctive tartan outfits and upbeat pop tunes like Shang-a-Lang.

They had a massive teen following and sold more than 100 million records.

A younger fanbase might know their hit Bye Bye Baby after it was used in Love Actually to accompany an emotional funeral scene.

Former manager John MacLaughlan told the Daily Record: "I'm very sad and shocked and so is Peko, his wife.

"She is heartbroken and called me from Les' phone with the news. I picked up and thought it was Les wanting a chat.

"I'm still in shock right now, I spoke to him last week and he was on great form and happy about life and happy to book his tour. We were friends as well as working partners.

"He was hoping to get it all going again and he was one of the hardest working men in the music industry. We got on so great and he was great fun to be around.

"He was a great singer. The Bay City Rollers were the biggest band in the world in the mid seventies and beyond. They had their own TV show and Rollermania.

"They flew the flag for Scotland and made me think as a wee boy watching the telly you can be a popstar and in music and they meant a lot to me getting involved in music and the industry and the clothes and the hair and image were brilliant and the gang mentality was amazing. I'm honoured to have worked with them."

Guitarist Stuart Woody Wood said: "I am upset and shocked to hear this very sad news.

"Les and I had our differences over the years but even though we had disagreements we are sending our heartfelt condolences to Peko wife and his son Jubie and all the Bay City Rollers Fans. It's a sad day in Bay City Roller history.

"He was a great performer on stage and he was full of energy. I was roadying when Les first came into the band and I saw his first gig when he took over from Nobby Clark and injected new life into the band."

In September ex-member Ian Mitchell died at the age of 62.

Mitchell joined the group in 1976 at the age of 17, replacing founding member and bassist Alan Longmuir.

But he quit the band after nine months to return his native Northern Ireland, where he performed with old school friends as the group Rosetta Stone.

The band were formed by Edinburgh-born Alan Longmuir, who died in 2018, with his younger brother Derek. 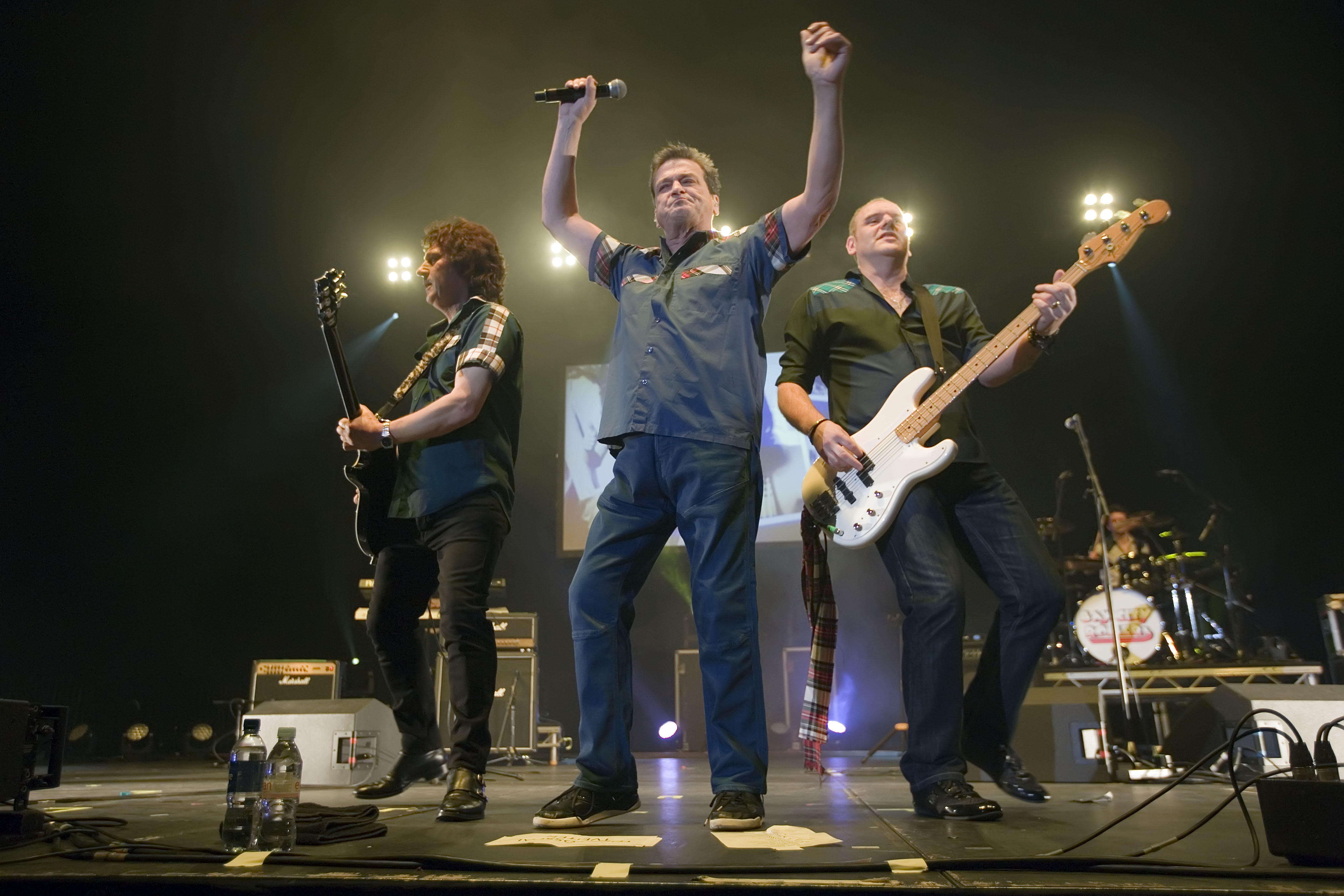 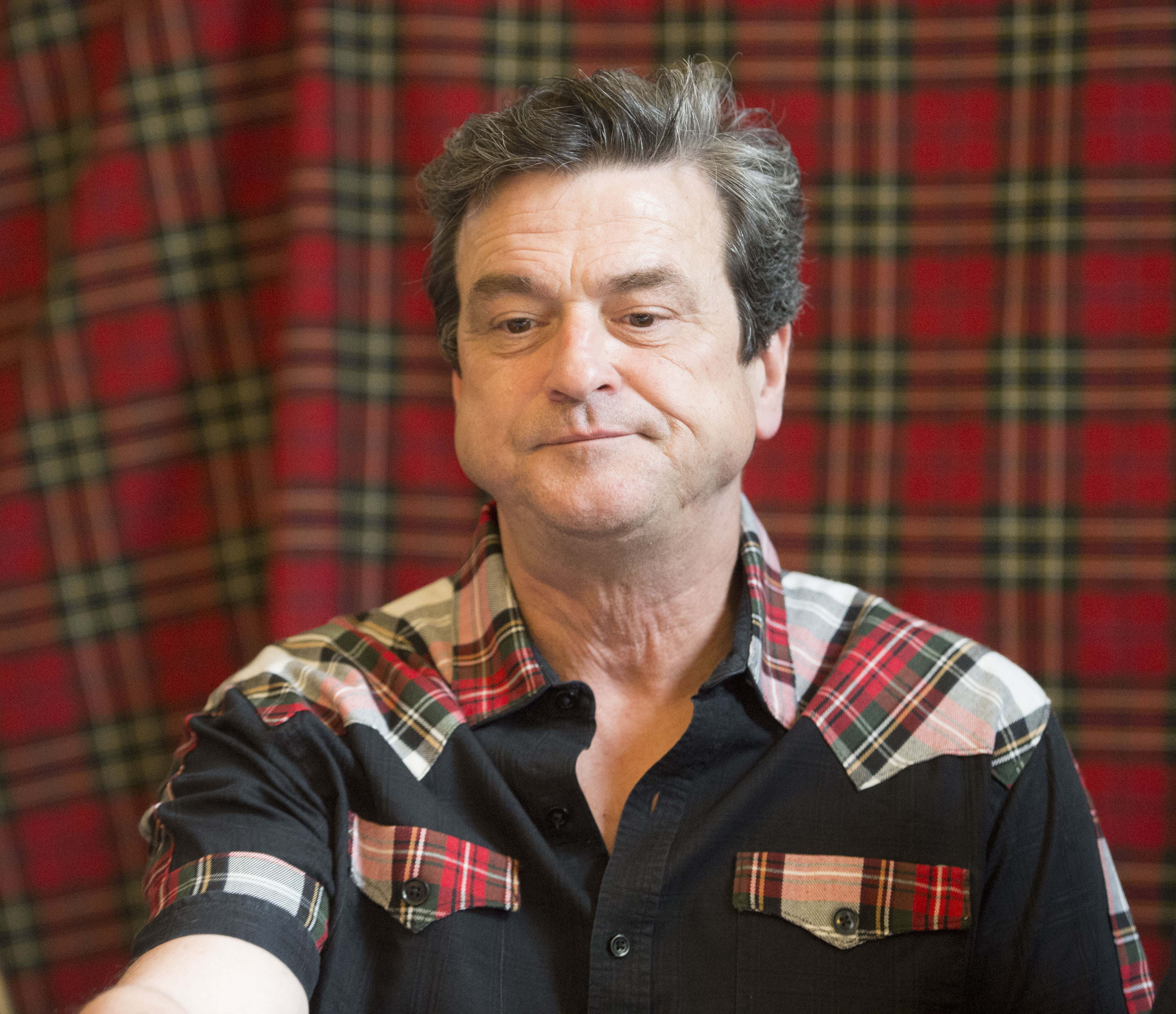 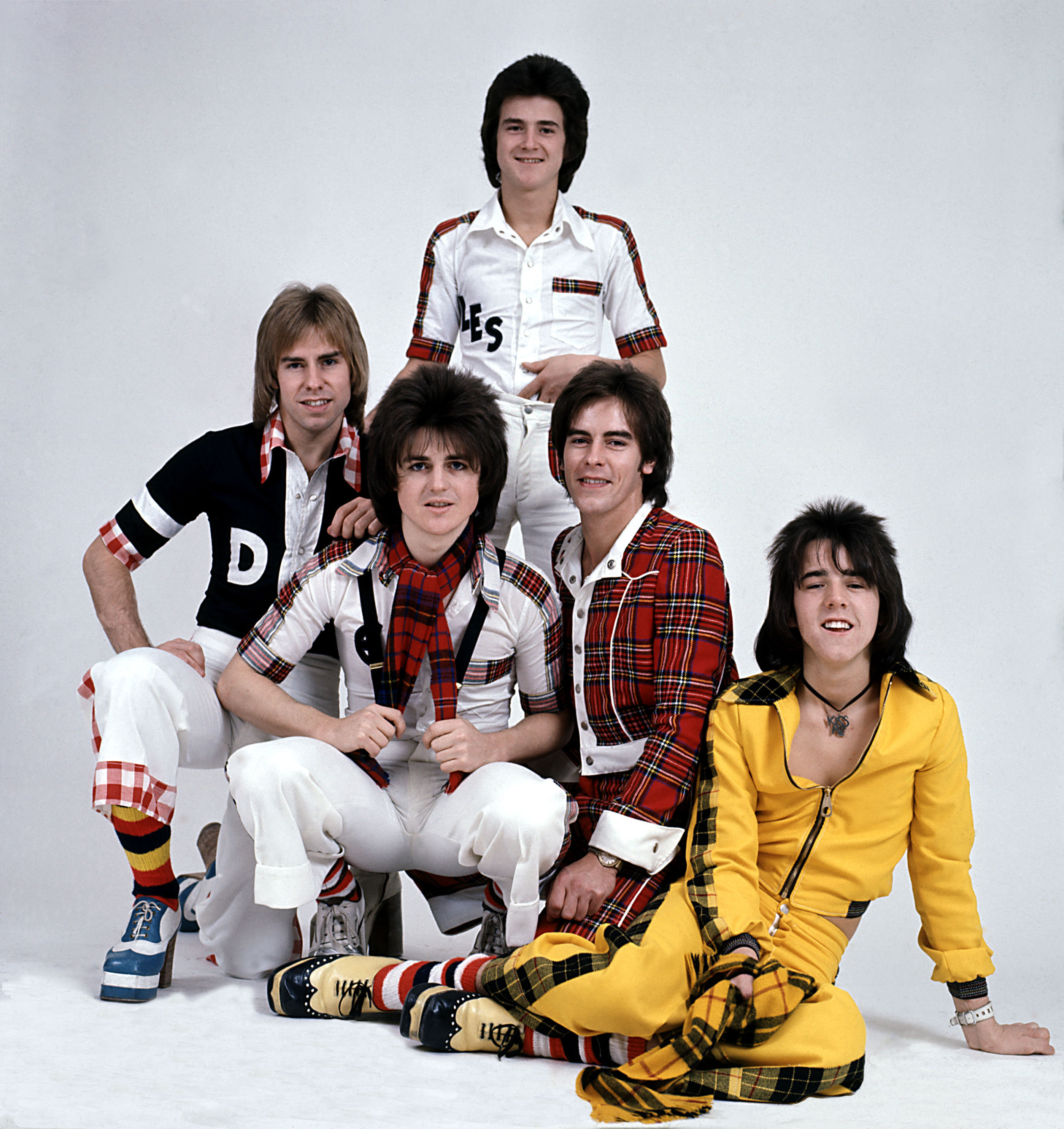 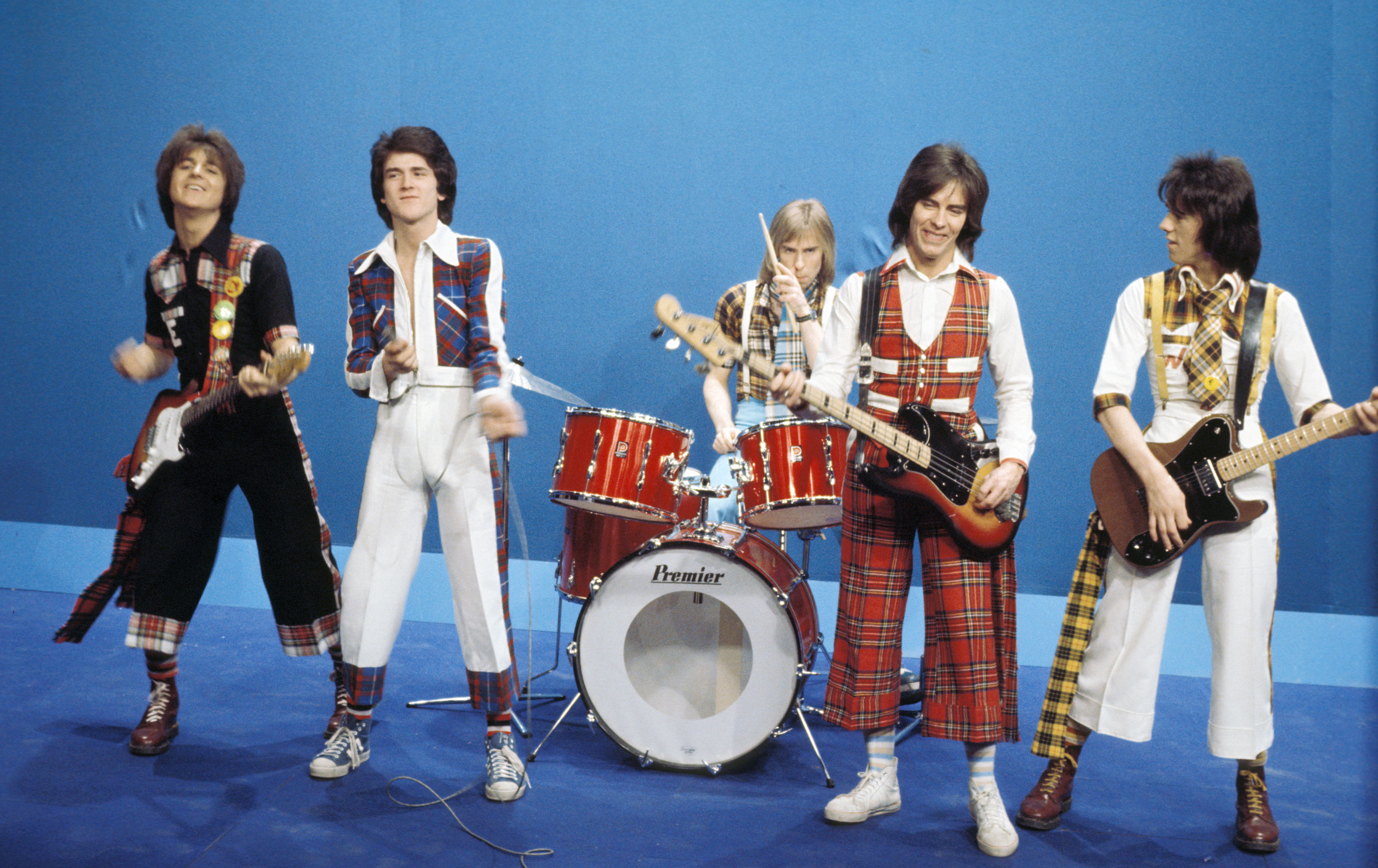