I can reveal the Oasis frontman has signed up to perform on the upcoming leg of the Rolling Stones’ No Filter stadium tour in a line-up that will have fans foaming at the mouth. 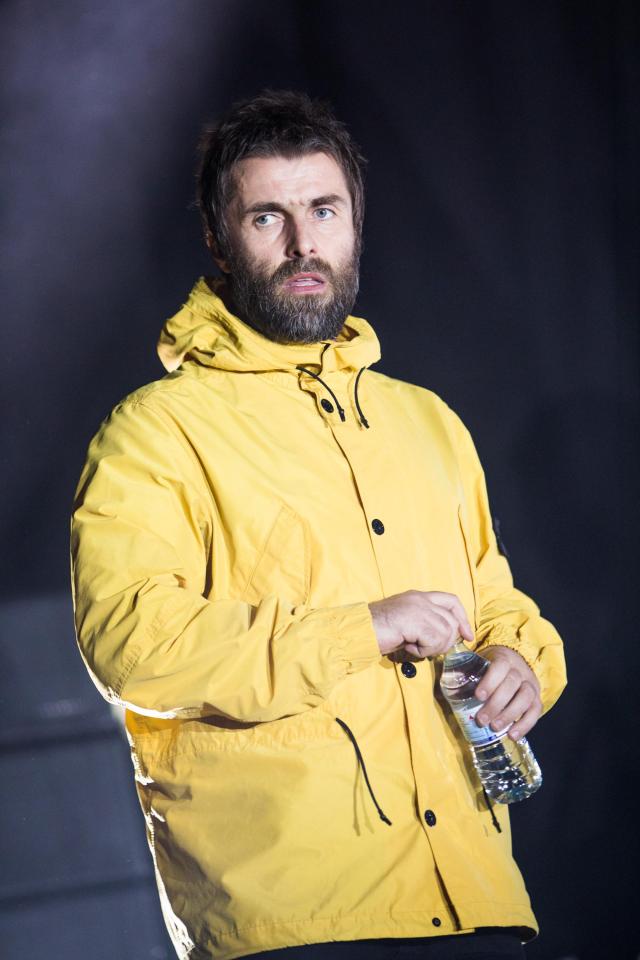 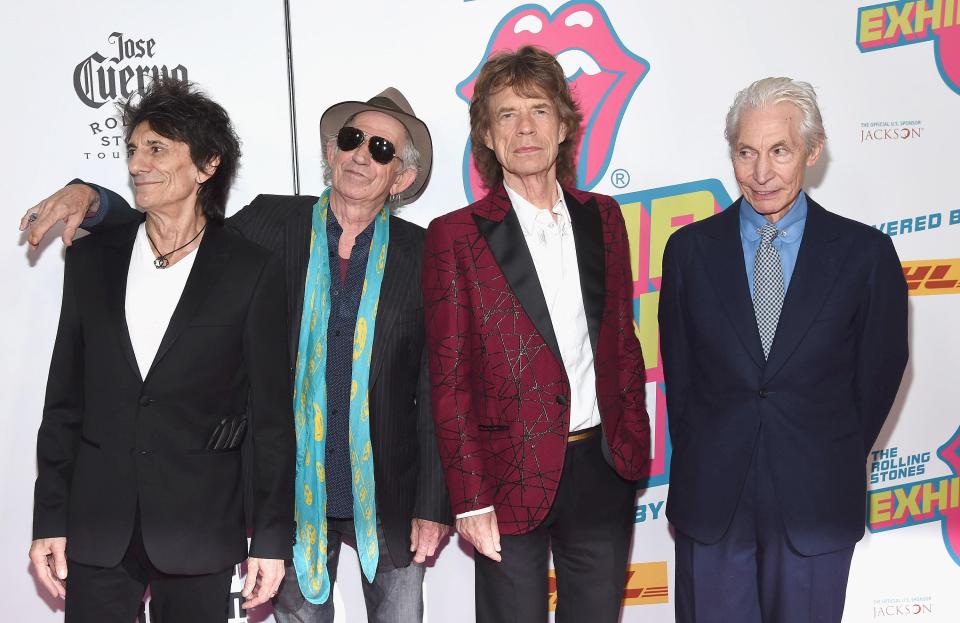 But insiders tell me the union almost fell down at the eleventh hour, after devoted Manchester City fan Liam discovered the legendary rockers’ date in his home town is at Old Trafford — ­bitter rivals United’s ground. He was so keen to avoid stepping on the Red Devils’ turf that he’s now agreed to team up with The Stones in the capital instead.

There, Mick, Keith Richards, Ronnie Wood and Charlie Watts will perform two huge shows at the ­London Stadium — home to West Ham. A music insider tells me: “Liam is an incredible booking and just shows how big the Stones’ shows are going to be — two of the biggest rock frontmen of all time on the same stage.

“Mick and the team were keen on having Liam join them and he was really keen to be involved.

“He obviously loved the thought of the Manchester gig and said yes straight away. Then when the details landed he couldn’t believe he’d agreed to go and play at Old Trafford. 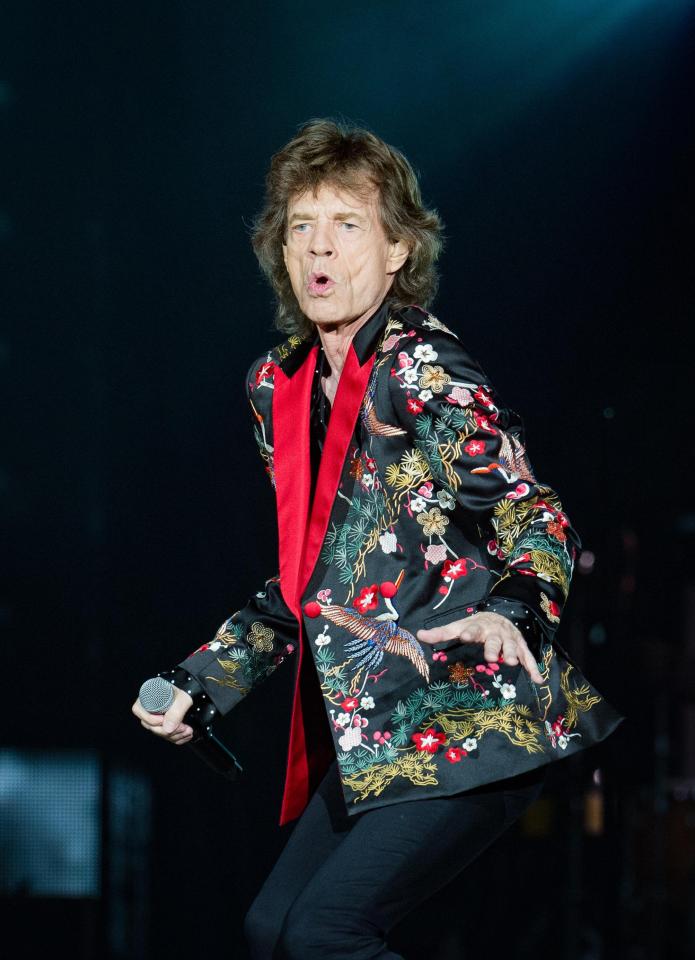 “But it shows how much The Stones wanted him that they shifted things around to make it happen.

“It’d be incredible if they were to perform something together, but who knows what will happen on the night. The full details of the shows are under wraps.”

The band have signed up several special guests to join them for various nights of their European run’s final 14 dates, with an announcement on the full line-up expected today.

READ ON FROM MORE OF SIMON BOYLE'S BIZARRE COLUMN

IF it ain’t broke, don’t fix it . . . and when you’re taking over the world’s greatest showbiz column that’s sound advice.

I’m hugely excited to be grasping the reins of Bizarre from today, and can promise more belting exclusives, A-list interviews and insight from behind the scenes of the industry’s most exclusive bashes.

I’ll bring news from a few of my own favourites, with more wild antics from the rock ’n’ roll scene, alongside the best in film, pop, hip-hop and more – and, as always, there is no place in Bizarre for bores.

If celebs need knocking down a peg, I’ll be happy to do that, too.

Join in by dropping me a line on Twitter or email to let me know what you think.

IT takes more than just some dry shampoo for Beyoncé to freshen up at a festival.

She returned to Coachella in California for a second weekend in a row – this time debuting four new looks and a tonne of pyrotechnics. 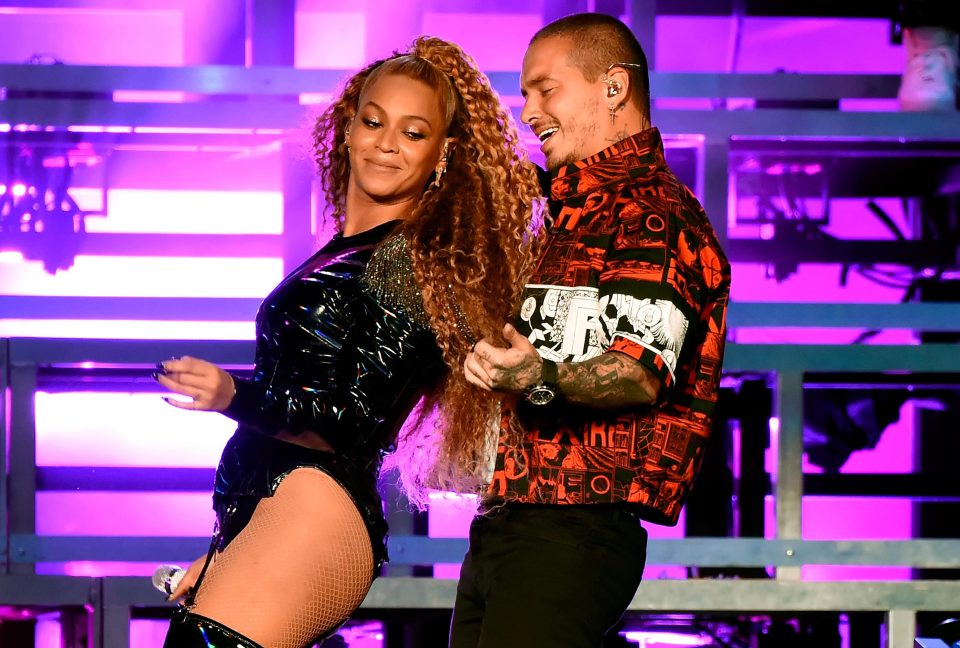 She also threw in an extra surprise appearance from J Balvin.

Beyoncé made history as the first black woman to headline the music festival last week, which has this year been dubbed Beychella.

During her first set last weekend, she showcased hits from her 20-year career and celebrated black culture. 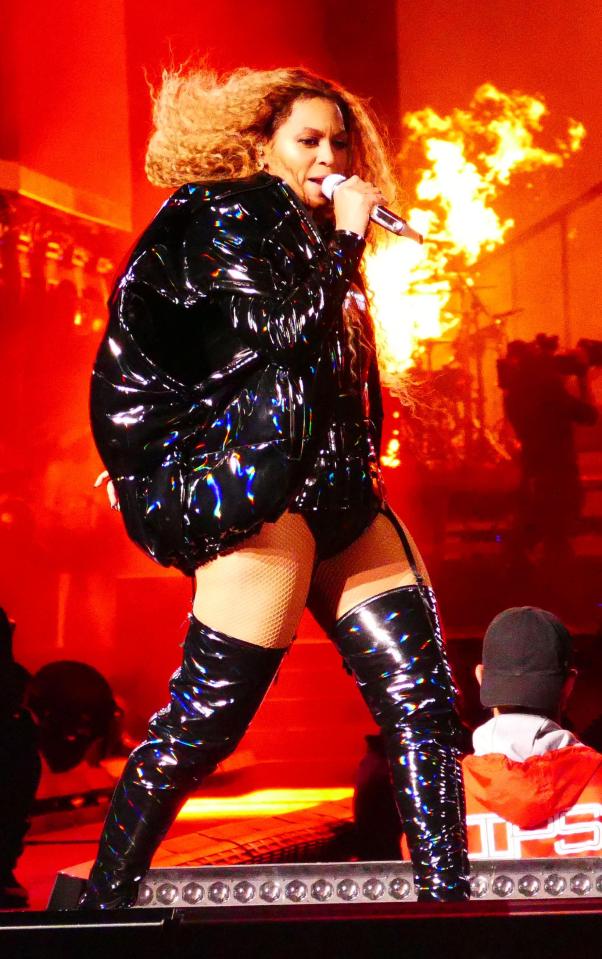 With about 100 dancers and A-list onstage guests, her show was one of the festival’s busiest performances ever.

I wouldn’t fancy trying to top that next year.

PRINCE’s unreleased lyrics and poetry may be published by the late singer’s estate, Paisley Park Enterprises. As well as books never-before-seen photos from Prince’s archives may also be sold, according to US sources.

GARY Barlow has quit booze for his solo tour because he says sinking a pint turns him into “a devil” – and he struggles to recover now he’s 47.

The Take That frontman started his two-month tour of the UK and Ireland a week ago. 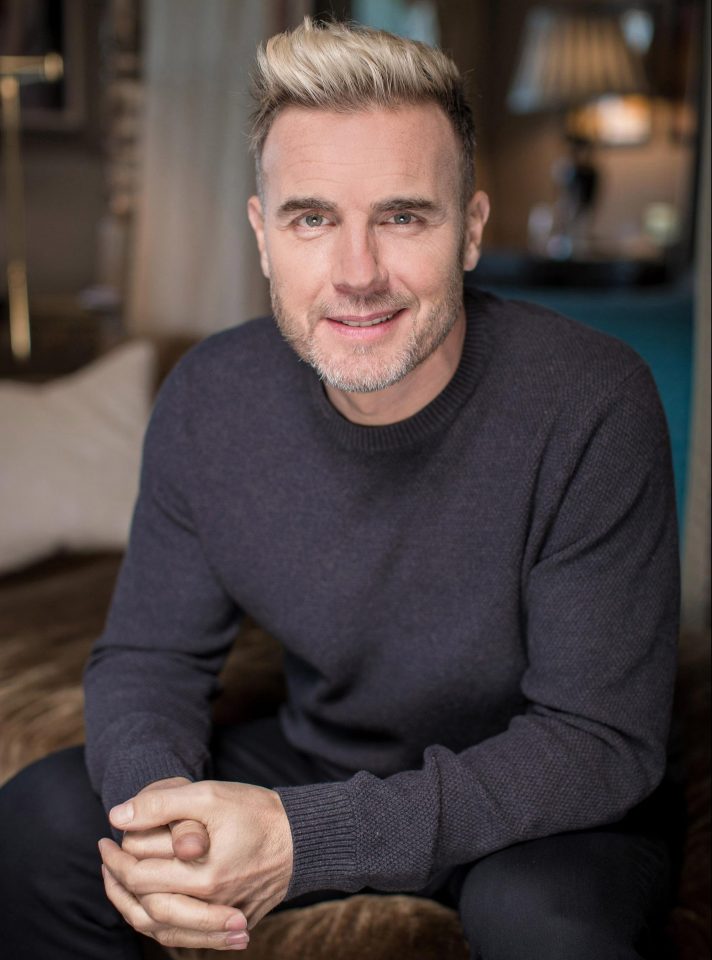 But he revealed he won’t be knocking back beers during the 47-date run as he struggles to limit himself to just one.

In an exclusive interview, he said: “I’m trying not to drink, if I’m honest, because I’m a bit of a devil. I like a drink, you see.

“Usually when you come off stage it feels like such a celebration, as you’ve been sweating and running round for two hours, I like to start to wind down and have a drink.

“But I’ve got to keep my eye on that as all of a sudden I realise I’m having four drinks instead of just one, so I’m just trying to be careful.

“It’s 47 dates so I just want to make sure I get on there every night and I’m fit and healthy.

“I’m 47 now and there comes a point in your life you’ve got to look after yourself.”

It comes as Gary continues his strict regime after The Sun revealed he had launched his own health and fitness boot camp.

As well as touring, Gary is hoping to land a spot on the soundtrack of the Lion King remake – after he featured on Elton John’s 1994 version of Can You Feel The Love Tonight alongside Rick Aatley.

He added: “I reckon it’s going to be quite tricky to make that one again but I’d love to.

He recorded Face To Face, a track on his fourth solo album, Since I Saw You Last, with Elton. Gary continued: “So we have done a little duet, but I’d love to do it again.”

EMINEM has toasted a decade of being sober following years of drink and drug addiction. The rapper celebrated by sharing a snap of a “sobriety coin” on Twitter and wrote: “Celebrated my 10 years yesterday.” 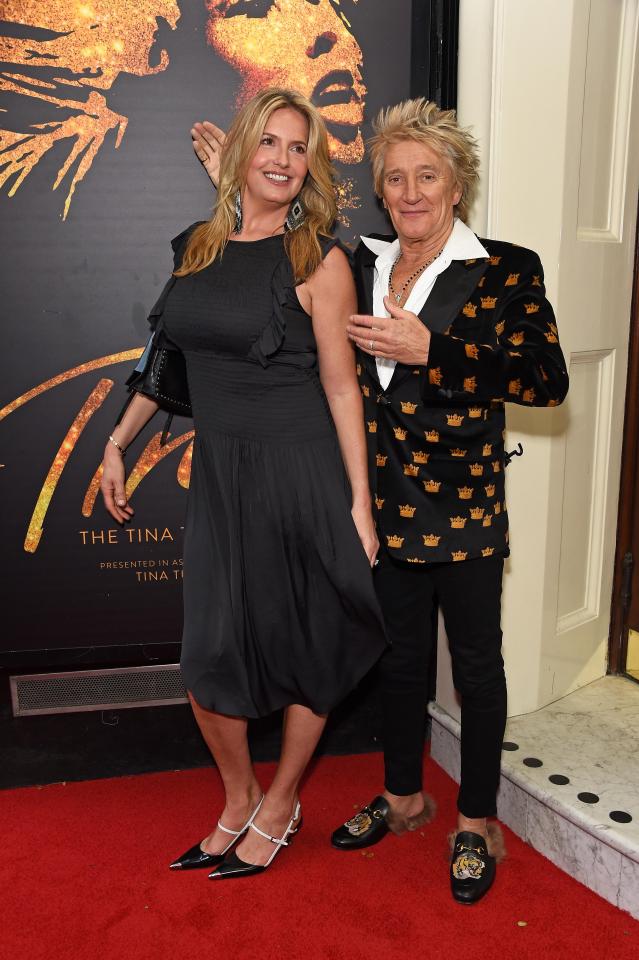 ROD Stewart is a braver man than I am – after claiming wife Penny Lancaster likes to dress up as a sexy policewoman at home.

Asked, at a Q&A session in London if he would ever “collaborate” with his wife of 11 years, he quipped: “We collaborate every night. She is going to be a policewoman. It involves a uniform in that short skirt.”

Rod, who was joined by his missus at the BFI Southbank for a screening of 1965 documentary, Rod The Mod, also recalled how he and pal Ronnie Wood used to have to bat away the ladies. He said: “It really was, ‘Oh, not again Ronnie’.”

TRAVIS BARKER has installed a breastfeeding area at his Back To The Beach Fest in California. The BLINK-182 rocker, who has two kids, will also allow under tens in to next weekend’s extravaganza for free.

Rob's Take That and party of five

ROBBIE Williams has revealed that five former England stars will join his team for this year’s Soccer Aid.

Jamie Redknapp, David Seaman, Robbie Fowler, Phil Neville and Danny Murphy will line up with him at Old Trafford in June. 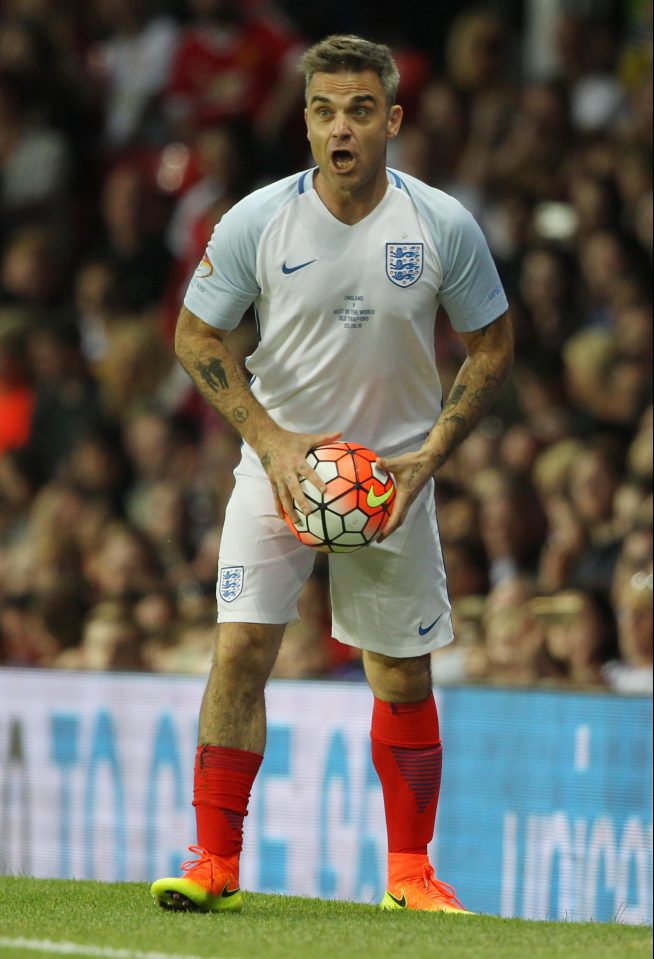 They’ll take on with Usain Bolt’s Rest of the World squad in the biennial kickabout for Unicef.

The former Take That singer’s team will have to be on top form to beat Usain’s legends including Yaya Toure, Jaap Stam and, er, Brendan Cole. 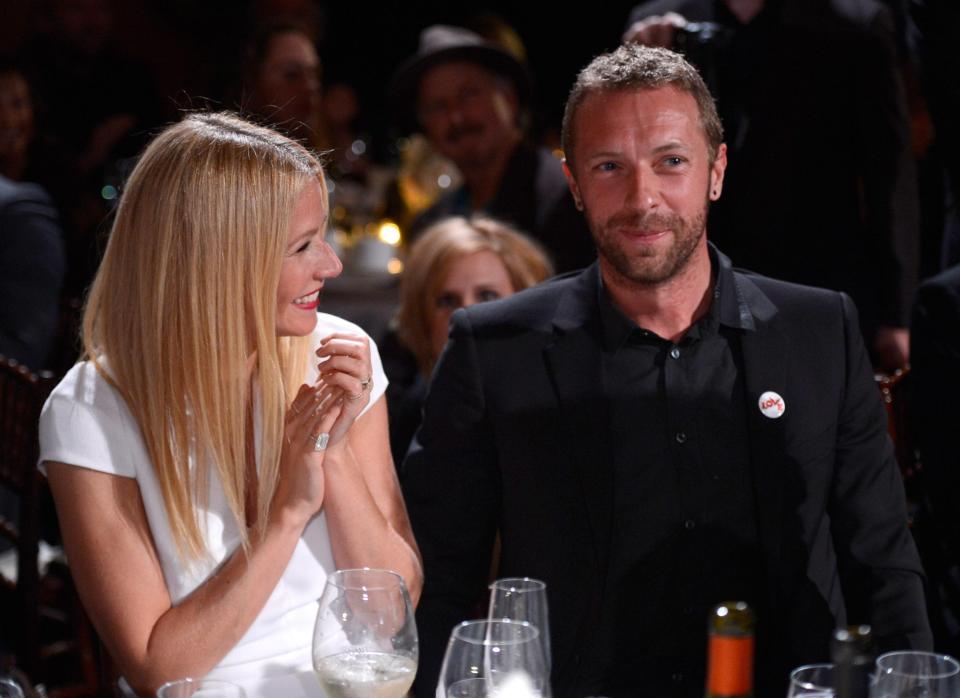 GWYNETH Paltrow has said she felt “like a failure” after divorcing Chris Martin – while also taking a sideswipe at her exes including the Coldplay star and Brad Pitt.

Gwyn, who is engaged to producer Brad Falchuk, said in an interview at the weekend: “For the first time, I’m in an adult relationship that is sometimes uncomfortable, because he demands a level of intimacy and communication that I haven’t been held to before.” 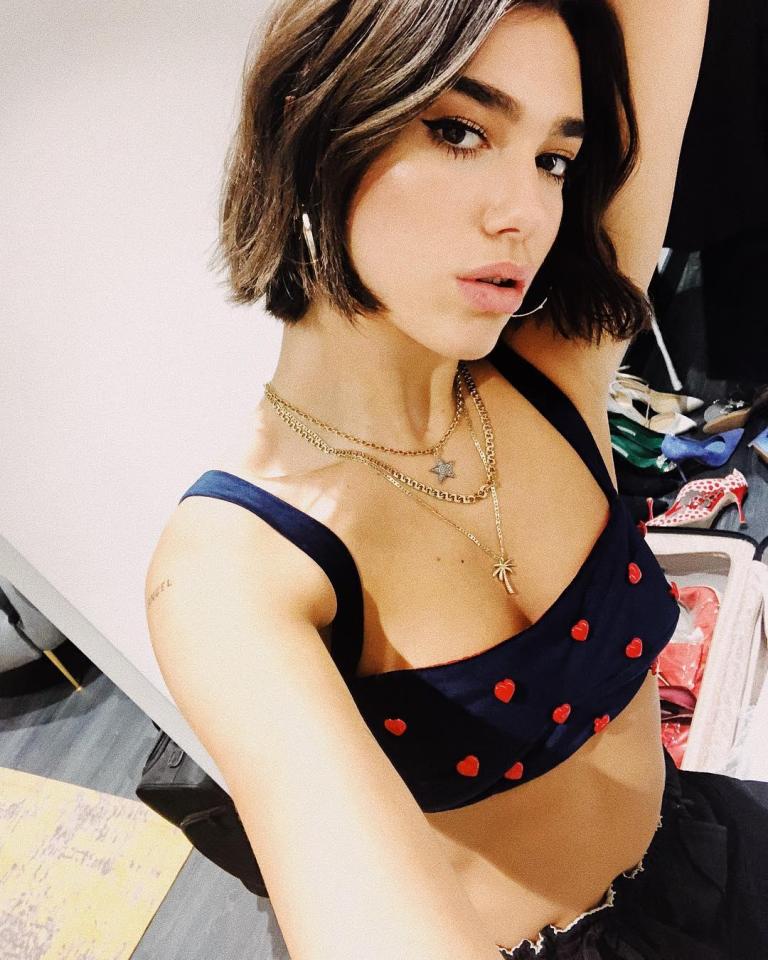 IF this is what Dua Lipa looks like after a heavy night, her next boyfriend won’t mind buying the rounds. She wrote: “I’m gonna post this and pretend I’m not hungover.”

How Long Should FaceTime Dates Last? Here’s The Sweet Spot, According To Experts