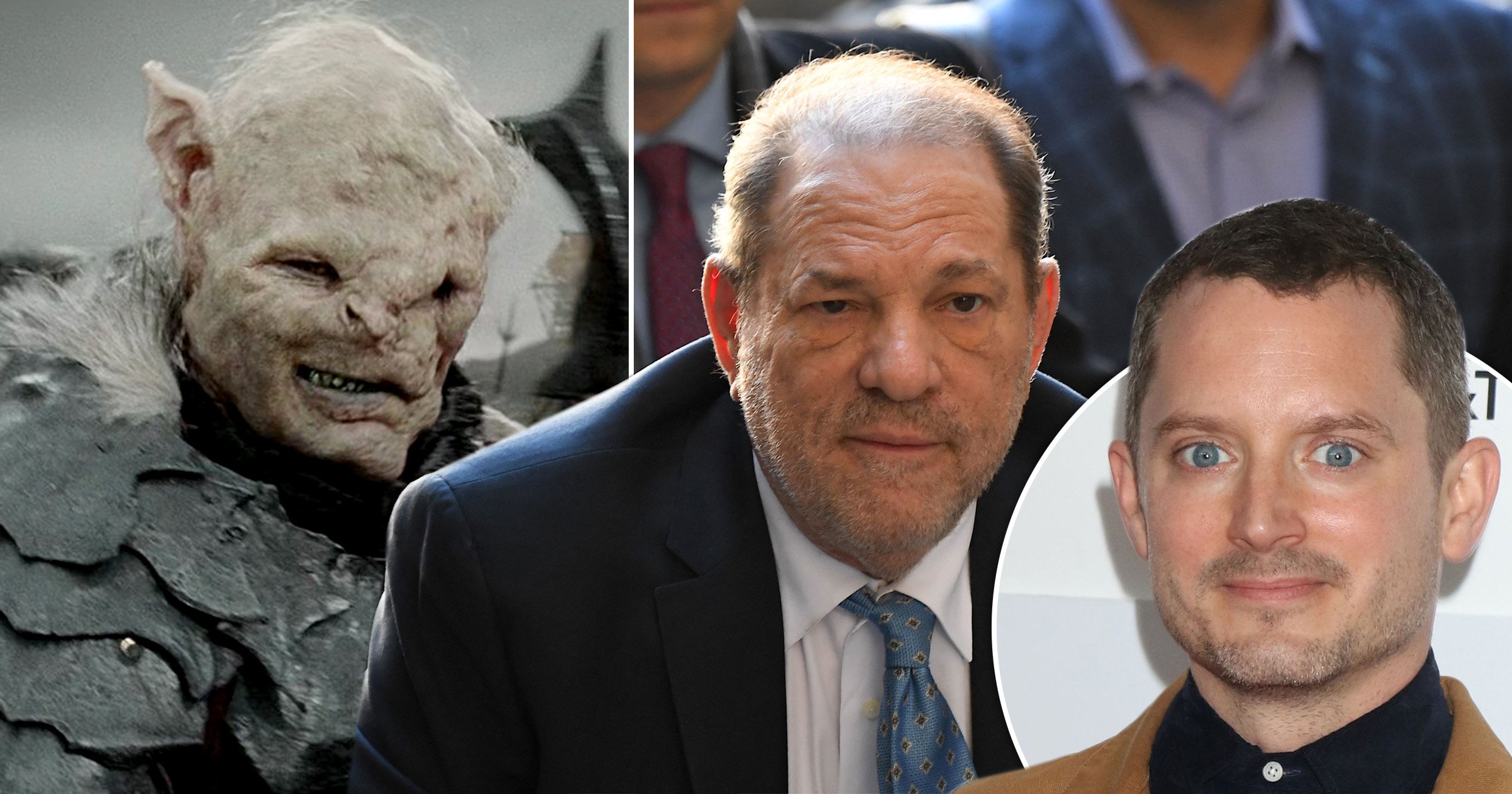 Elijah Wood has claimed that one of the orcs in the Lord of the Rings trilogy was designed to look like Harvey Weinstein as a ‘f*** you’ to the producer.

The 40-year-old appeared on Dax Shepard’s podcast Armchair Expert and spoke about his time playing Frodo Baggins in the ridiculously successful Lord of the Rings films, based on the books of JRR Tolkien.

And the actor revealed that the design of one of the not-so-pretty orcs in The Fellowship of the Ring was a middle finger to Miramax co-founder Weinstein, who tried to prevent Peter Jackson landing a deal with other production companies after refusing to make a trilogy.

Miramax had acquired the rights to Tolkien’s books in the mid-90s, and Jackson was working with them to develop the movies.

However, it soon became clear he and partner Fran Walsh would not be able to make the films the way they wanted, so asked Weinstein for permission to shop the films elsewhere.

Shepard said: ‘And Miramax said, “We will only give it back to you in turnaround, but two things have to happen. One: You have to go get it set up this weekend. And two: Whoever agrees has to agree to make all three at once”.’

Wood said this recounting was accurate, and said: ‘The window of time was insane. They shopped it around town. Peter made a pitch video that’s pretty impressive, taken to a variety of places. Most people were balking at the notion of doing more than one film. The popular opinion was, “No, you have to see how [the initial movie] does and then invest the rest of your money.”’

However, Bob Shaye at New Line Cinema agreed to make a trilogy, with Wood saying: ‘I think the lore is that they were coming with two and it was Bob Shaye who said, “We have to do three,” which is insane. An incredible risk. Miramax thought there was no chance in hell.’

The actor then dropped in a piece of trivia that left Shepard and his co-host Monica Padman in stitches.

Wood said: ‘It’s funny, this was recently spoken about because Dom [Monaghan] and Bill [Boyd, who played Hobbits Merry and Pippin in the trilogy] have a podcast, The Friendship Onion. They were talking to Sean Astin [who played Samwise] about his first memory of getting to New Zealand.

‘He had seen these orc masks. And one of the orc masks — and I remember this vividly — was designed to look like Harvey Weinstein as a sort of a f*** you.’

Weinstein, 69, is currently serving a 23-year prison sentence for rape and sexual assault, and faces four other counts of rape and six counts of sexual assault in California, charges he had pleaded not guilty to.

As for the Lord of the Rings films, they went on to become one of the most lucrative and critically acclaimed franchises of all time, making $2.9billion at the box office and winning 17 Oscars, including best picture for The Return of the King.

Following the original trilogy, a prequel trilogy, The Hobbit, was produced, starring Martin Freeman as Bilbo Baggins, with Wood returning as Frodo in 2012’s An Unexpected Journey.