The US viewing figures for Netflix’s Lost in Space have reportedly been revealed.

The series, which is a remake of the classic sci-fi of the same name that originally ran from 1965 to 1968 on CBS, dropped earlier this month on the streaming service.

Now, initial viewing statistics based on the three days following the show’s release (April 13-15) have been published, and it seems Lost in Space has proved pretty popular with US viewers.

Not Stranger Things popular of course, but come on – what is?

According to Nielsen, the sci-fi reboot drew 6.3 million US viewers within those first three days.

The figures also suggest that viewers on average watched the show for 2.5 hours and that the series was heavily binged, as almost 1.2 million people watched the series’ final episode during this period too.

In comparison, Stranger Things was watched by an average 15.8 million US viewers in the three days following its release in October 2016, while Will Smith’s Bright was watched by 11 million within the same time frame.

So, even though Lost in Space isn’t quite a runaway hit according to these figures, it could well be a slow-burning success following positive word-of-mouth.

Especially with season two right around the corner. 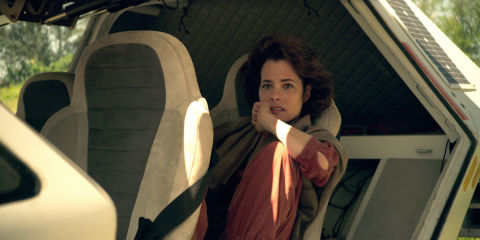 Lost in Space is set 30 years in the future where space colonisation is a reality, and follows the Robinson family as they prepare to leave the Earth in search of a planet that can sustain human life, before things go horribly awry and Will Robinson is told that he’s in danger.

The entire first season is available to stream on Netflix now. So, what are you waiting for?

Punters without bookings are warned to avoid pubs on July 4

‘Game Of Thrones’ Season 8 Episode 5 Is The Biggest Yet, According To Emilia Clarke

Duchess Meghan Is 'Definitely Leading the Charge' on Royal Decisions

Donald Trump Jr., Kimberly Guilfoyle to venture into hostile territory on ‘The View’