There was plenty for Dan Walker and Louise Minchin to make their way through on the first BBC Breakfast of the week on Monday. From football’s European Super League plans to how members of the public enjoyed the first weekend with eased restrictions, the BBC pair had the latest. However, when reporting on a surge of dog sales amid the pandemic and concerns of what will happen when owners return to work, Louise and Dan turned to reporter Jayne McCubbin.

But before Jayne was due to be on-screen, she found herself interrupting Louise as chaos began to unfold on the beach where she was reporting.

It soon became clear the dogs Jayne was filming with on the beach weren’t exactly the calmest, resulting in plenty of laughter and scream and shouts.

The moment came after Dan introduced the segment: “We’ve known for a while now that we are a nation of dog lovers,

“And it seems that during the pandemic even more of us have brought in a canine companion into our lives.” 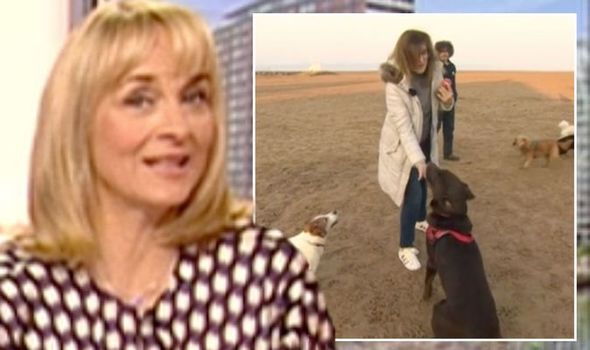 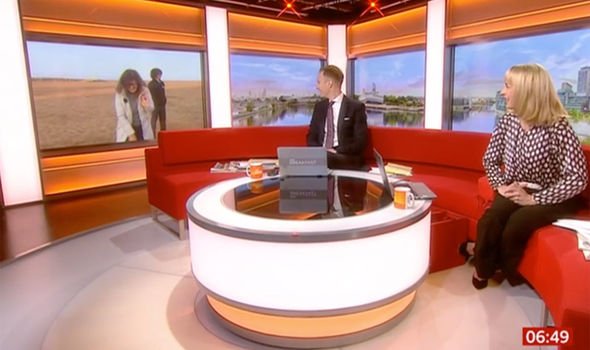 Louise chimed in: “It is causing some concern over who will look after them when owners go back to work after months at home.”

However, instead of smoothly cutting over to Jayne, Louise let viewers know the mayhem going on in her earpiece.

“I can hear a lot of laughter from Jayne McCubbin who’s on a beach in The Wirral,” Louise joked. “What’s going on?”

Jayne burst into laughter as the cameras cut to her surrounded by a number of dogs and their owners. 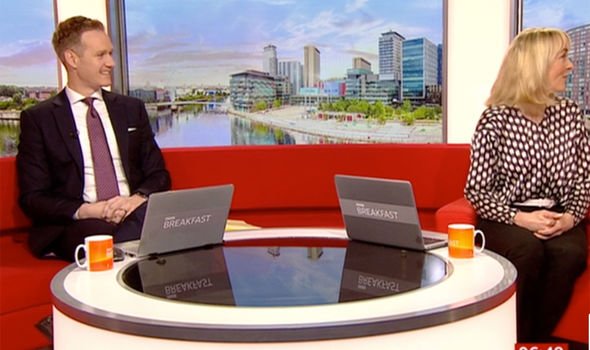 However, there was one dog named Fred who wanted to be the centre of attention, drowning Jayne out with his barks.

And with Jayne clutching onto a ball of his, Fred was going nowhere until he got his toy.

“Fred, he’s been a very good boy,” Jayne began through her laughter as she tried to regain her composure. “But he wants his ball back.”

As Fred continued to jump up and bark at the reporter, Jayne said: “Fred, don’t peak too soon.”

Jayne momentarily kept a straight face as she said: “Good morning from all of us from West Kirby.

“We’ve got Russell, Emma and Jim and all of their dogs. We’ve got the producer, Josh -“

But Fred quickly sent things off-script once again as he leapt up onto Jayne, prompting her to say: “Fred, flipping heck mate.

“I’m gonna throw it in a sec. Wait for it, here, here,” Jayne said as finally launched Fred’s ball and he jetted off away from the cameras.

And it wasn’t just Fred who was a rather mischievous canine on the BBC show today.

Pointing the camera towards another dog called Buster, Jayne said: “Buster, have a look at Buster. Buster’s been a very naughty boy this morning because he’s just peed all over Mandy’s camera equipment.”

Soon after, Jayne cut to a pre-recorded segment as she tried to get things under control.

BBC Breakfast continues daily at 6am on BBC One.

From Prince Charles to Kate Middleton: The Most Hilarious Things the Royal Family Has Ever Said