This year’s Love Island finalists were confirmed tonight (July 29) as yet another couple were dumped from the villa.

Last night, the couples were instructed to vote for the pair they thought should be eliminated. Alex and Alexandra received three votes, while Josh and Kaz and Laura and Paul both received one.

That meant all three couples were vulnerable to a public vote – although viewers thought that Alex and Alexandra should have gone because they received the most amount of votes.

Well, it seems they eventually got their wish, because the Alexes did indeed depart tonight.

On leaving so close to the final, Alex said: “I feel like it’s been an incredible journey, I have had so many highs and some lows as well. I think at this point and where I’ve got to and how the journey has been, it’s the right time.“

Alex admitted that he could have handled things differently with Alexandra, having brutally dumped her after their romantic date. He also revealed that he hopes Jack and Dani go on to win. 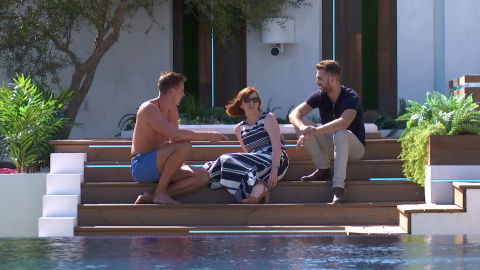 Asked about her feelings towards Alex, Alexandra said: “We are really good friends. We do get along so well. We have such a laugh together. He has me on the floor rolling about in fits of laughter. I can only see it moving forward positively – maybe not romantically, but as friends.“

Also on tonight’s episode, the couples got to meet each other’s parents, which was extra awkward for Alex and Alexandra as the only pair who aren’t actually together. 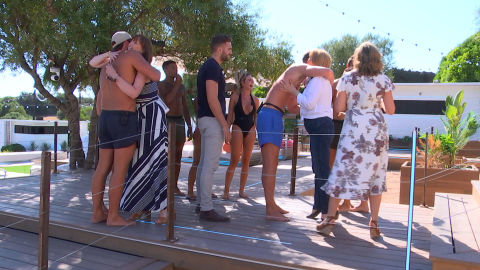 With their exit, the finalists consist of Wes and Megan, Laura and Paul, Jack and Dani, and Josh and Kaz.

The final airs tomorrow at 9pm on ITV2.

EastEnders spoilers: Jean Slater given the cancer all-clear – but hides it from Daniel