Did they or did they not kiss? In the end, it didn’t really matter, as Laura was going to dump new Jack regardless because she just wasn’t feeling the chemistry and couldn’t see them being together outside the villa. 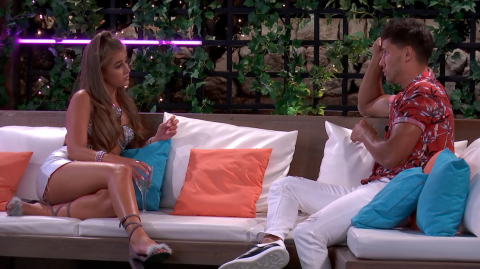 However, the drama didn’t stop then, as Georgia mocked Jack after Laura dumped him, singing a bar or two of ‘Dry Your Eyes’ by The Streets.

Things just escalated from that point onwards with loads of other people in the villa getting involved – Georgia thought that she and Laura had made up, but it seems as though Laura still wasn’t happy.

As the girls gathered to talk through their differences, both Ellie Brown and Laura had strong words for her. 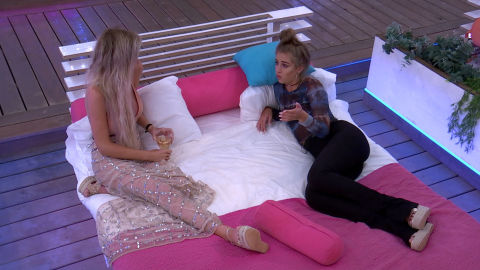 “I’m going to say sorry for the other night,” Ellie told Georgia, “but I think people who need to say 20 times a day that they’re loyal usually aren’t. I think their actions need to follow.”

Defending Laura, Ellie added: “I can’t understand how you can look your friend in the eye and say you’re a loyal person when you tried to kiss the boy that she was seeing, knowing what she’s been through.”

“I was loyal on the date,” Georgia replied. “I approached Laura beforehand.” 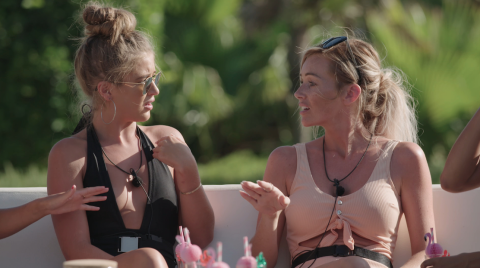 Laura then added: “Your actions and your words are slightly contradicting… I’m not a saint. I feel like you expect me to be this saint. I’ve got feelings.

“I care about Jack still. I ended it last night with him because all I was thinking about what you. You were making me feel bad for not believing you, and I need to put your friendship before my future with a guy.”

However, despite all the drama in the villa, some people still have time for Georgia, with one or two viewers thinking the other girls had been a bit harsh on her:

‘It's ridiculous’: Jodie Foster’s gripe with male dominance in Hollywood

Feds clap back at suspect in cold case slay with pics of massive pot, cash stash

BC RCMP want to talk to driver about ‘questionable’ snowmobile transportation