The 24-year-old Love Island 2016 runner-up slipped into a skimpy white bikini to soak up the sunshine as she lazed on the beach on Velassaru Island in the Maldives. 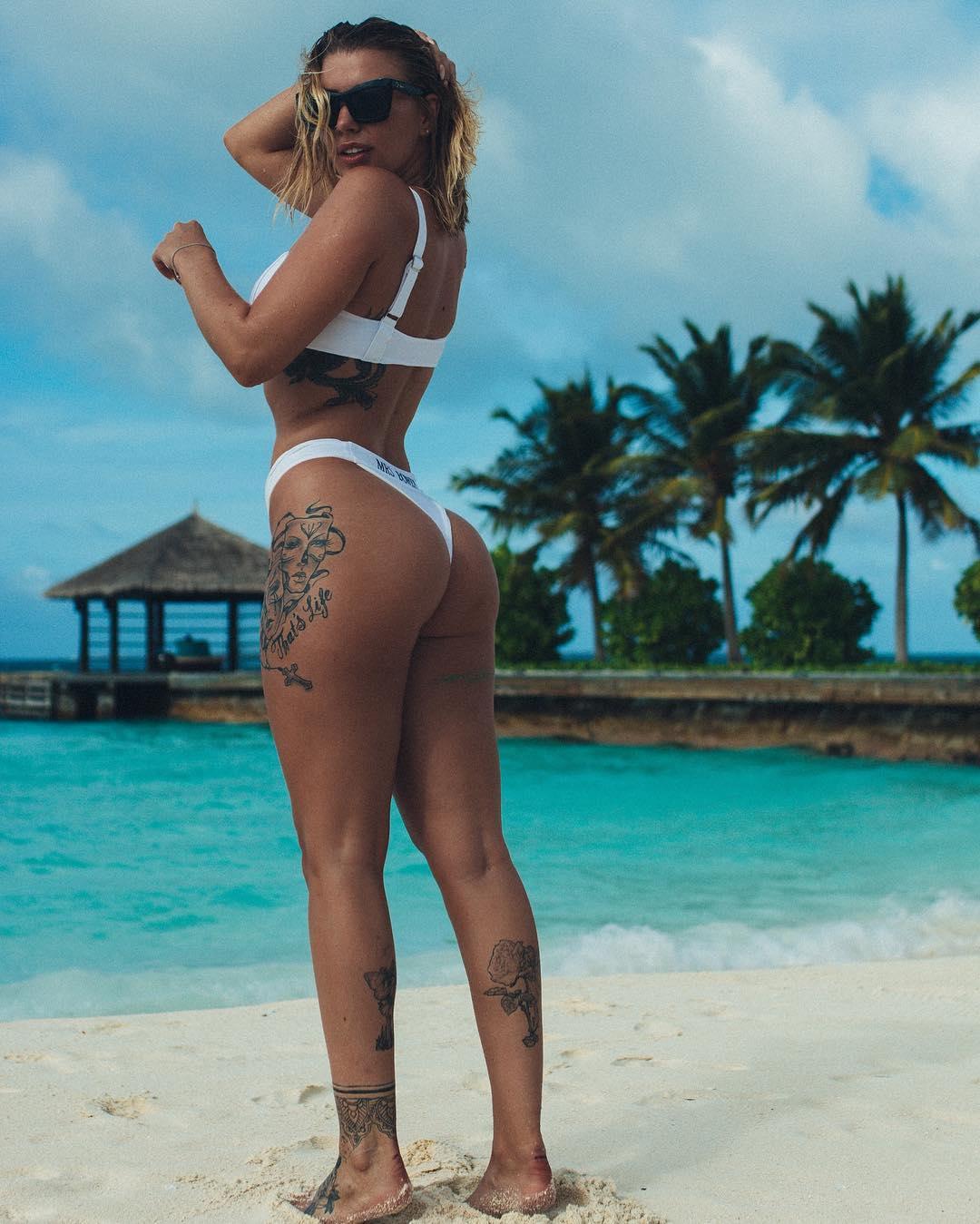 Keen to show off the fact she's taken 26-year-old Alex's surname, the brand new Mrs Bowen had her white thong bikini personalised with her new name adorning the waist band.

Olivia posed for an array of snaps and was full of praise for her new husband's photography skills.

She cheekily captioned one shot, "He knows my angles now and tbh, that's husband goals."

Another saucy snap showed Olivia in a tropical two-piece bikini as she dipped her legs into a swimming pool. 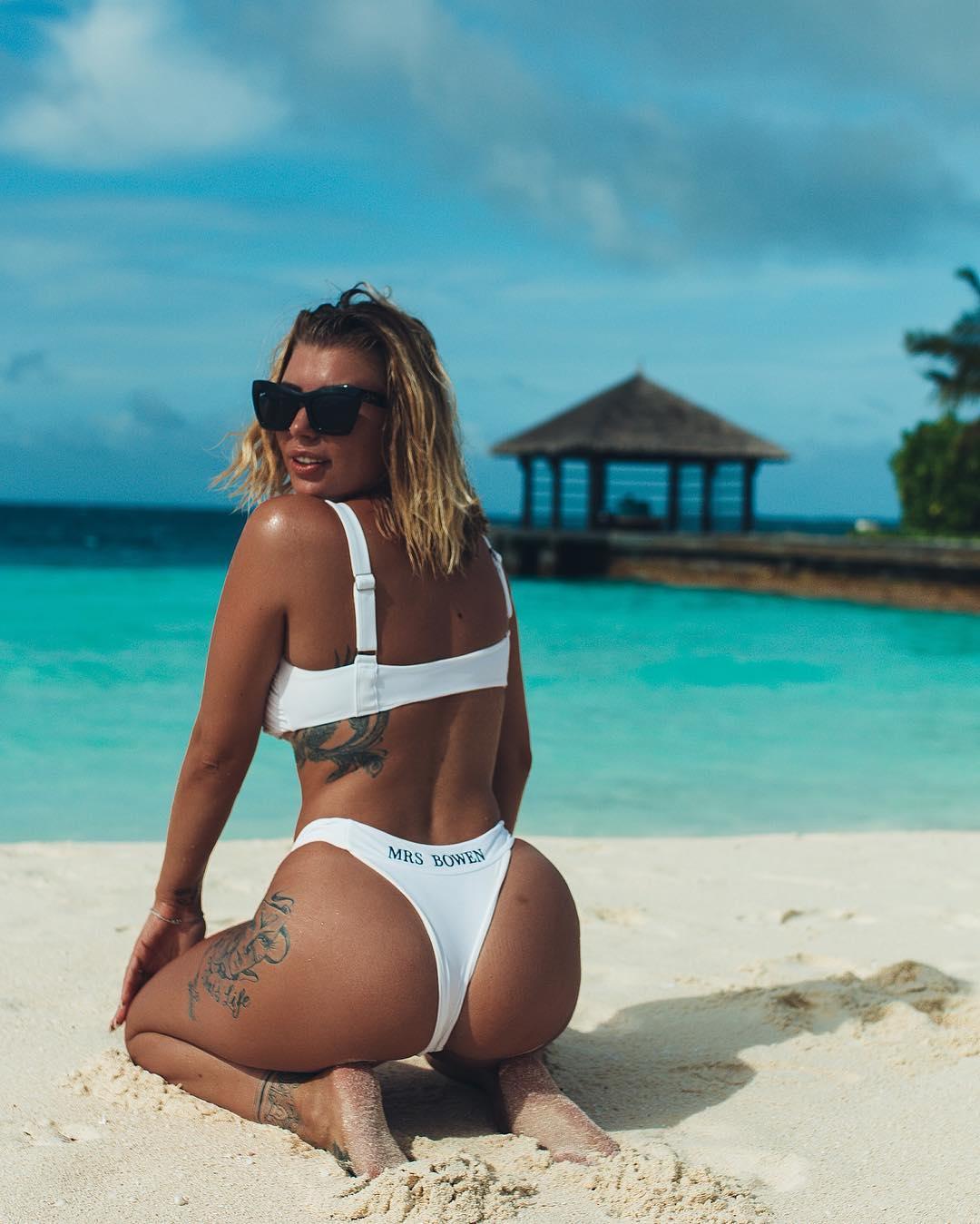 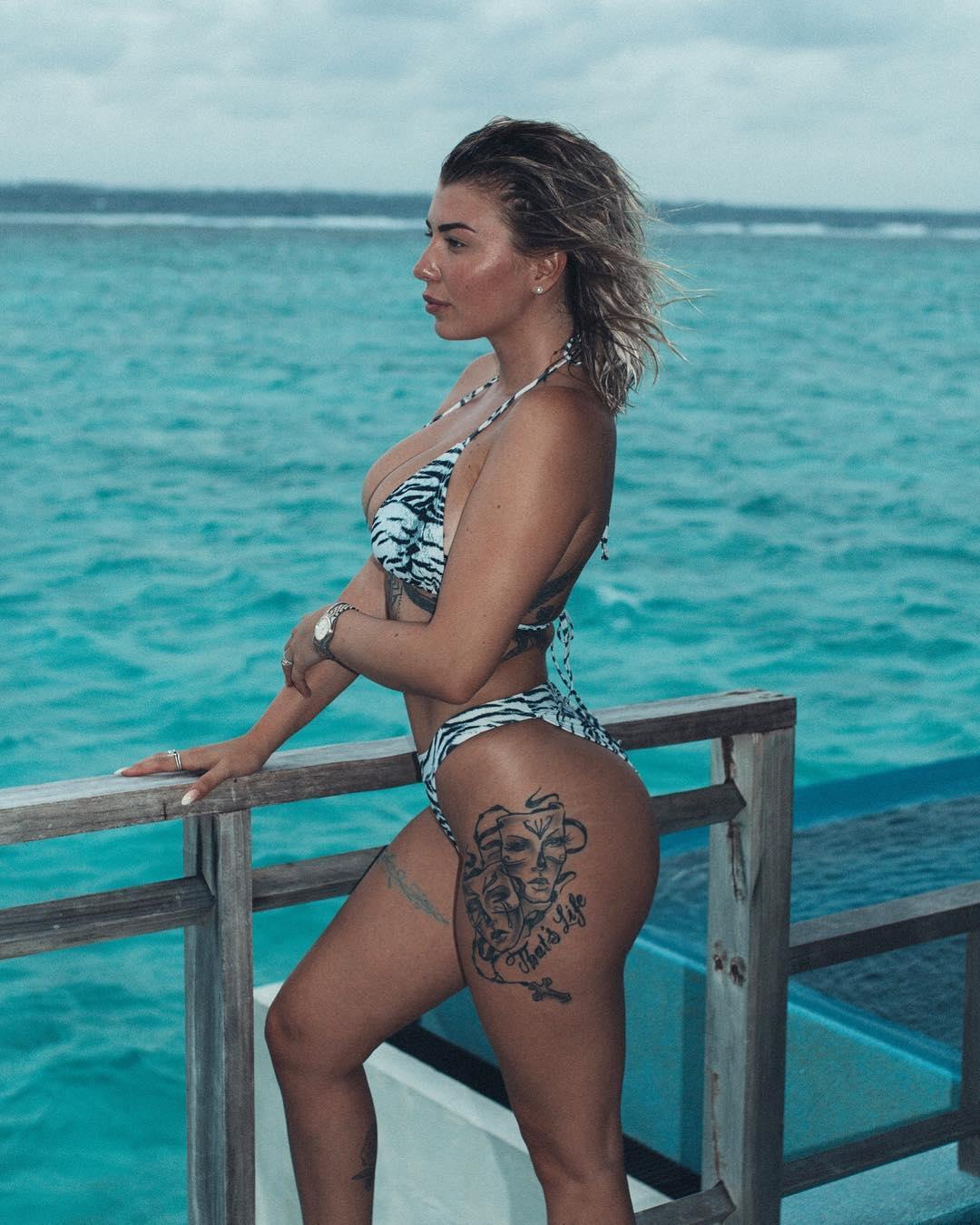 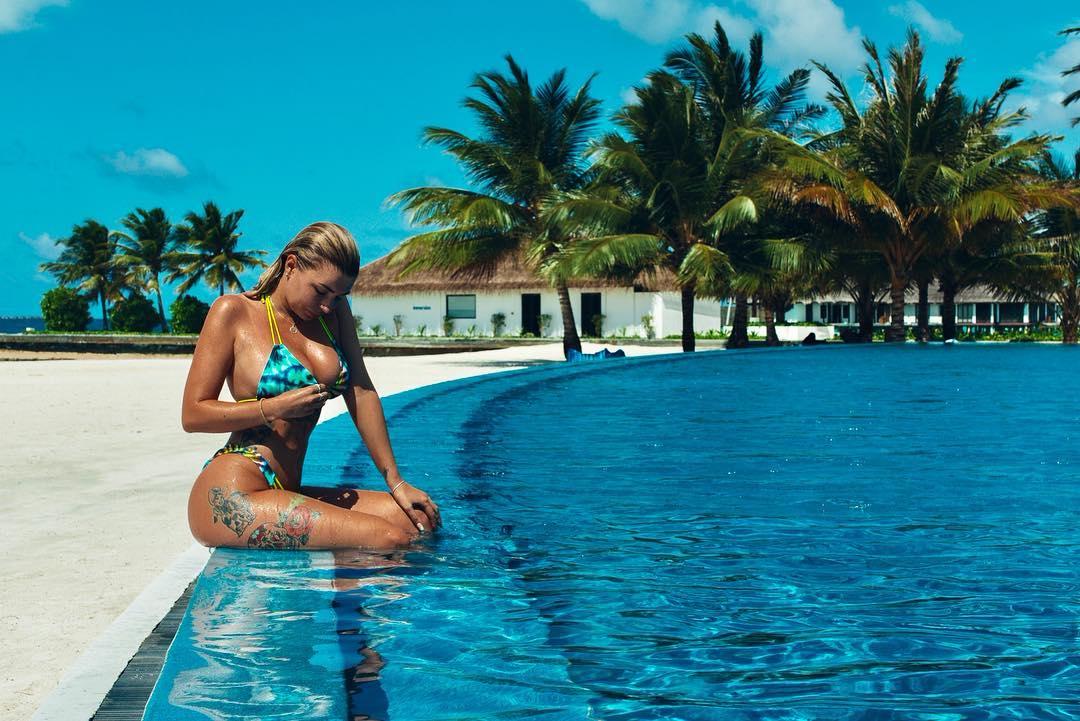 Olivia and Alex may have only been the runners-up in 2016 edition of Love Island, losing out to winners Cara de la Hoyde and Nathan Massey, but the pair are arguably the show's most successful exports – reportedly banking an astounding £3million.

Since leaving the now infamous Majorca villa, Olivia has since built her own business empire which comprises of clothing and beauty ranges, Instagram endorsements and fronting her own TV show, Second Chances Dresses on TLC.

Meanwhile, former scaffolder Alex has reportedly banked £200,000 for Instagram promotions, and pulled in a cool half a million from personal appearances in nightclubs.

Getting engaged just five months after leaving the villa during a romantic holiday in New York, the pair tied the knot in Gosfield Hall, Essex, last month, in a lavish ceremony that was exclusively covered by OK! magazine. 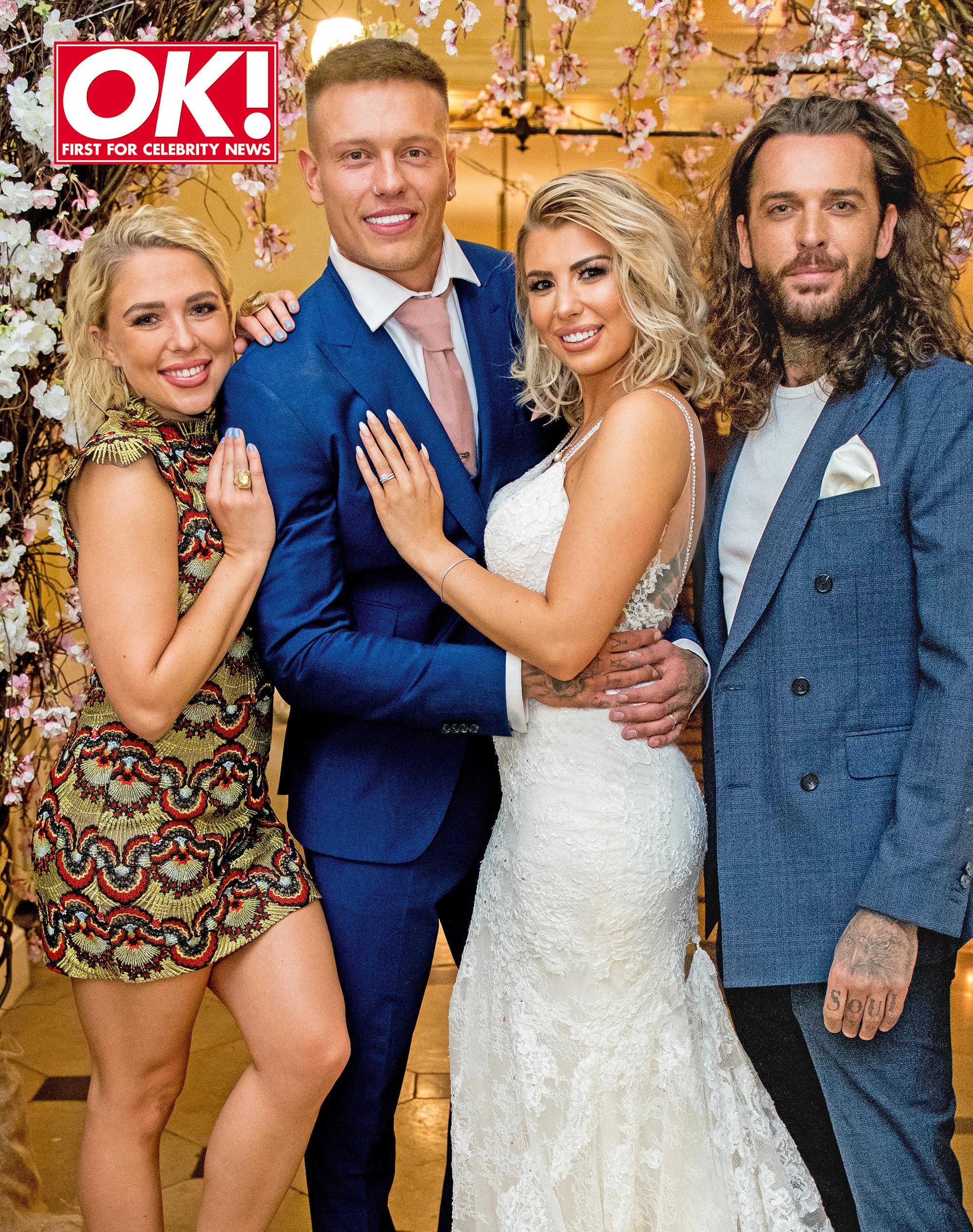 Speaking of the high emotions of the big day, Olivia explained, "When [Alex and I] saw each other, we just burst into tears. I was really trying to hold it together and compose myself because I didn't want to fully lose it.

"It's my forever favourite day."

Essex-born Olivia also credited Alex for "saving her" from depression.

The star has previously been suffering with her mental illness after it was triggered by a bad relationship when she was 19. 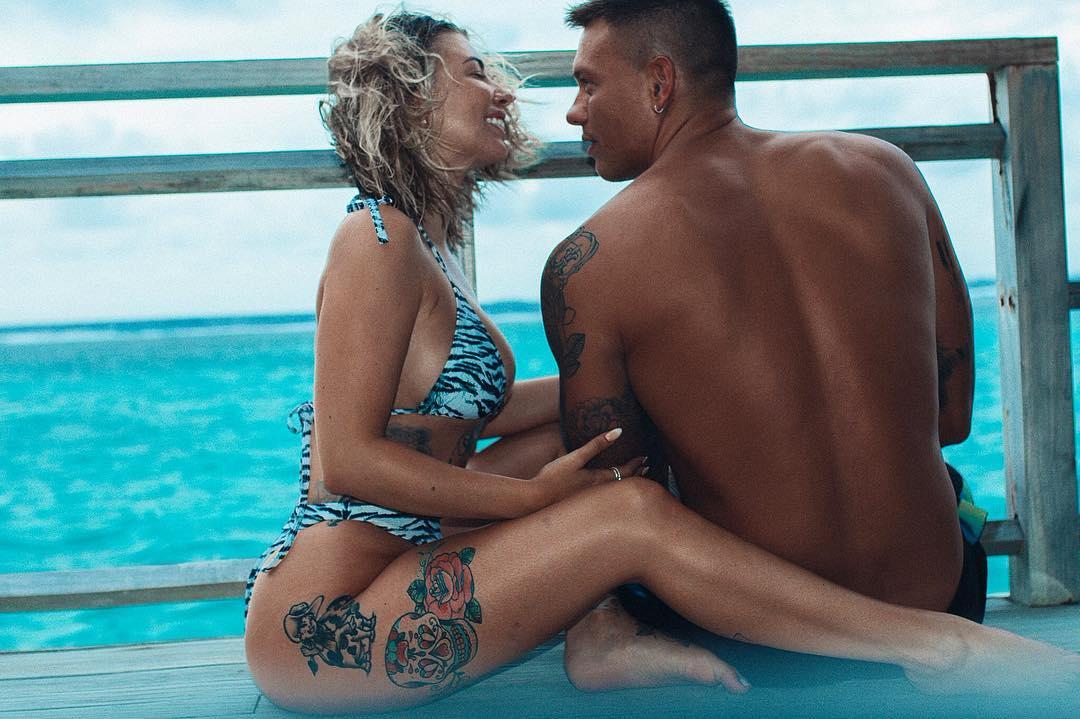 On TLC show Olivia & Alex Said Yes, which documented the couple on the run-up to the big day, a clearly emotional Olivia explained, "It's difficult to plan a wedding when you suffer from anxiety, because you start to feel like, 'Am I doing the right thing?'

"But I've learned to overcome it a lot, and with Alex…I can't even talk about it.

"I think he stopped me from being depressed at the end of the day. If you find someone who gets you over a mental illness. You should marry that person."