Just days after it was announced the British public could face a fine of £5,000 if they tried to leave the country to go on holiday, Prince Charles and Camilla, Duchess of Cornwall, jetted off to Greece. The couple will spend two days in Athens and is the second royal overseas tour since the start of the pandemic. Speaking about the trip on Good Morning Britain, Susanna Reid hit out at the royals for heading abroad while the rest of the country have been told summer holidays are “unlikely”.

She stated: “The Prince of Wales says he’s delighted to be back.

“They are there on a two day trip to celebrate the bicentenary of Greece’s independence. Lovely trip for them!”

Susanna continued: “They are doing their international duty but an interesting time to do it when the country has been told there will be a £5,000 if they go away.

“One for rule them and one for others. Everyone else is being told summer holidays are unlikely.” 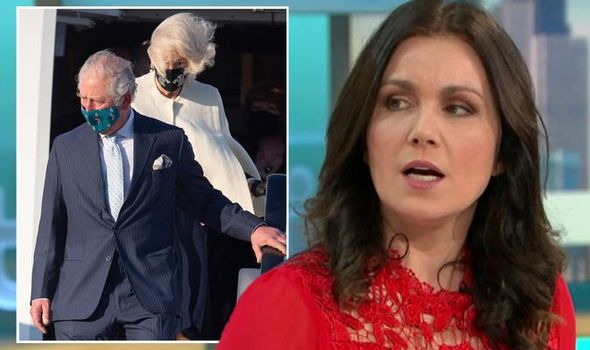 After his arrival in Greece, Charles spoke at an official state dinner hosted by the President of the Hellenic Republic, Katerina Sakellaropoulou.

He said: “My wife and I could not be more delighted to be back in Greece, which has long held the most special place in my heart.

“After all, Greece is the land of my grandfather; and of my father’s birth, nearly one hundred years ago, in the centenary year of Greek Independence.

“Later, it was in Athens that my dear grandmother, Princess Alice, during the dark years of Nazi occupation, sheltered a Jewish family – an act for which in Israel she is counted as ‘Righteous Among The Nations.’”

AMC Theatres Bankruptcy Rumors Grow, But That Move Wouldn’t Be The End Of The Chain Or The Biz

Turkey vs US: Trump ponders fresh sanctions as punishment for Russian missile purchase

Why Film Permits Are Still Being Issued, and Studios Took So Long to Shut Down Production