Home » TV & Movies » Lucifer season 5: What will happen in the musical episode? Who will guest star?

Sadly, Lucifer season five will be the last ever series of the supernatural comedy-drama. However, the final outing looks like it will be going out with a bang, with a 16-episode final season and a special musical episode. Express.co.k has everything you need to know.

What will happen in the Lucifer musical episode?

Not only will the 10th instalment feature beings from heaven (and hell), the entire episode will be a musical episode.

This means for an entire hour, Lucifer fans will be blessed with Tom Ellis’ singing voice and the previously unheard voices of the rest of the cast.

Speaking to Entertainment Weekly, show runner Ildy Modrovich spoke about her and fellow Joe Henderson’s plans to do a musical episode. 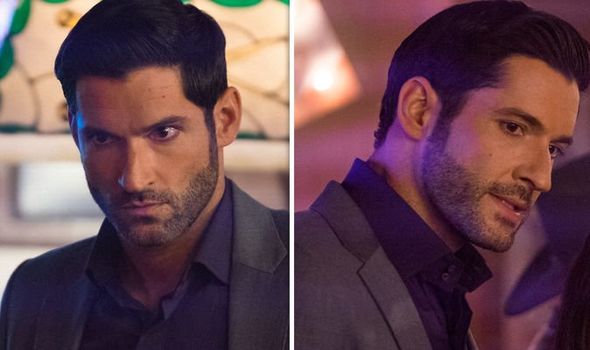 She said: “We wanted to have a real grounded story [and] reason why they’re singing and dancing, and not just, ‘Oh, this is going to be the one where everybody sings and dances’.

“It’s been a little game of Tetris [planning the episode] but it’s super fun.

For now, the showrunners and cast are keeping the plot of episode 10 close to their chests, but that has not stopped Lucifer fans taking to Twitter to share their theories.

The official Lucifer Writer’s room tweeted a photograph of the script for episode 10, alongside a pair of earphones and a fluorescent tape.

One fan tweeted: “Is this #Musical-#Lucifer-Episode maybe the #deckerstar wedding (proposal)? Or is it the father-son reunion-forgiveness-party?

“It’s gonna be romantic that’s for sure! Love it! And I love to hear #TomEllis aka #lucifermorningstar singing with his angelic-sexy voice!”

A second fan tweeted: “Hoping that the tape is a hint that we get to hear some 90s songs sung by Lucifer for Chloe or maybe a duet of both.”

A third fan said: “I love the props added. Earbuds suggest recent events. The phone, which is modern, has a case that looks like a cassette tape suggesting older songs or simply music in general. Also, Ildy wrote this so I’m super excited about content! “

There is more good news for Lucifer fans as episode four, titled It Never Ends Well for the Chicken will also feature music.

Episode four is 1940s noir themed and will be filmed entirely in black and white.

However, episode four is not a full-blown musical episode like episode 10, it will only feature two musical performances.

Lucifer season 5: Why Ella and Dan will never date in final series [THEORY]

Lucifer season 5: Lucifer to marry Chloe ‘in the presence of God’  [INTERVIEW]

Who will guest star in Lucifer season 5, episode 10?

According to the Radio Times, Gibson will star as a “controlling mother” in the episode and will be performing.

Debbie Gibson is an American singer-songwriter and actress from New York.

She released her debut album Out of the Blue in 1987 with included the Billboard Hot 100 number-one single, Foolish Beat.

She released nine more albums throughout her music career.

Gibson has also appeared in Broadway as Eponine in Les Misérables and Sandy in Grease.

Lucifer fans may recognise her from appearing on Dancing With the Stars in 2017 and Celebrity Apprentice in 2012.

Here’s Everything You Should Know About The Met Gala

'Monster Hunter' Gets a New Release Date, a New Clip, and an Apology From Director Paul W.S. Anderson