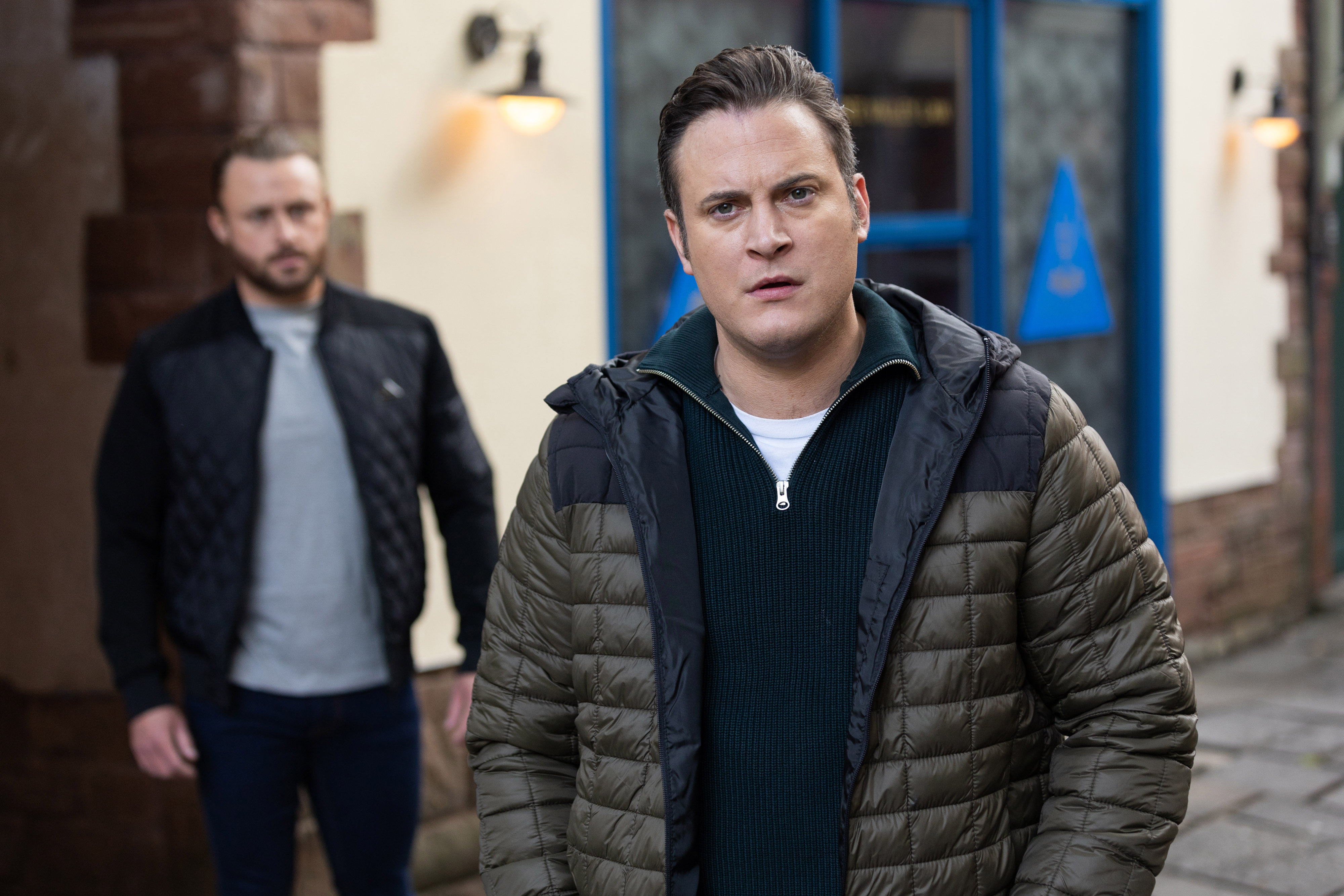 Luke Morgan (Gary Lucy) is set to receive a huge shock in Hollyoaks, as Stephen McGregor returns to the eponymous village.

Stephen, as long-time fans of the Channel 4 soap will know, was a friend of Mark Gibbs (Colin Parry), who raped Luke nearly 22 years ago.

Both Kenneth Boyd (Greg Wood) and Stephen were present when the attack took place, and they were subsequently sentenced to three years in prison while Mark received eight years.

And next week, things take quite a turn, as Becky Quentin (Katie McGlynn) finds out that Cindy has been sending letters to Stephen!

Desperate to get Ollie (Gabriel Clark) back on side following an argument, Becky uses this discovery to her advantage, and it works, with Ollie resolving to meet with Stephen, all the while posing as Luke!

Becky, however, isn’t supportive of this plan, and thus she’s left with little choice but to notify nemesis Cindy.

Luke, meanwhile, encounters Stephen on his way to the park!

They end up talking about old times, but whether or not Luke truly understands what’s going on remains to be seen.

Ollie blames himself for bringing Stephen to the village, but he soon shifts the blames onto Stephen, after he comes face-to-face with him.

Might the last be first again? Morrison visits the Governor-General

Jenelle Evans Is Back Together With David Eason. Here’s the Proof

Cobra Kai season 5: Will Kenny end up in prison after dark future is teased?

Joe Pesci wants to ‘whack’ his neighbors’ docks, which he says are too long