Sure, life might be more glamorous and always well-filtered in Chelsea, but it also seems to be the home of an awful lot of relationship drama.

In today’s (April 23) Made in Chelsea, fans watched on as the demise of yet another Chelsea relationship seemed inevitable – but this time, things were a little different.

Because usually when a relationship breaks down on TV there’s an obvious reason for it, but in the case of Olivia and Digby’s most recent wobble, viewers have been left quite confused. 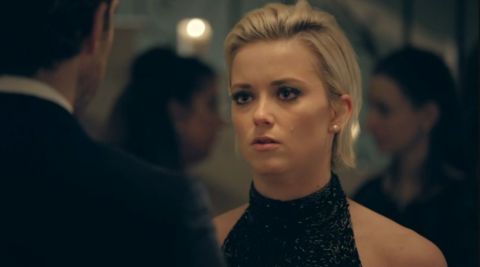 While Liv and Digby’s romance woes do at least conveniently tie in to next week’s Sri Lanka episode, there doesn’t seem to be much of an explanation for their impending break-up.

Not one that’s been documented for our viewing pleasure, anyway.

“Poor Digby, I don’t really think he’s done anything wrong”, one viewer wrote on Twitter, while another suggested that “dodgy editing” may be the reason behind their confusion.

Is another Made in Chelsea pairing about to be sacrificed for the good of a juicy storyline, or is it really for the best that Liv and Digby call it quits?

We’re on the fence, if we’re honest, but that won’t stop us from tuning in to MIC when it returns next Monday (April 30) at 9pm on E4.

How to back up your photos