Ramsey was also a singer and Broadway veteran who appeared in the hit 1978 Broadway show “Eubie!” 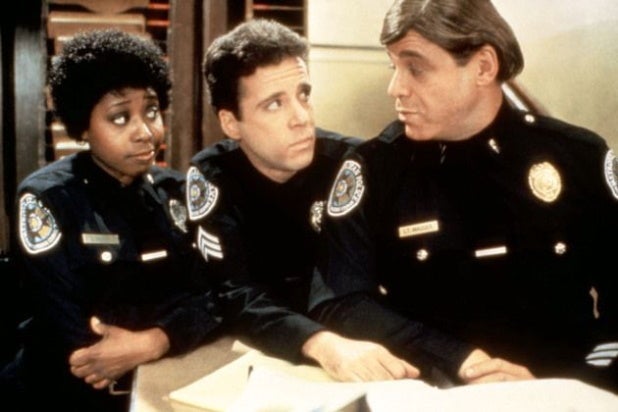 Marion Ramsey, best known for playing soft-spoken Officer Laverne Hooks in the “Police Academy” franchise died on Thursday in her Los Angeles home according to her management company at Roger Paul Inc. Ramsey was 73. The exact cause of death is currently unknown.

Ramsey was also a singer and Broadway veteran who appeared in the hit 1978 Broadway show “Eubie!”

Marion Ramsey was born on 1947 in Philadelphia and launched her stage career performing in both the original Broadway production of “Hello, Dolly!” and ensuing tour productions.

Ramsey would go on to star opposite Bette Davis in the 1974 musical “Miss Moffat which was a massive flop. Ramsey bounced back in the biographical musical “Ebie!” which centered on jazz pianist Eubie Blake and starred Gregory and Maurice Hines.

Ramsey would venture into television and film and made a 1976 guest appearance on sitcom “The Jeffersons,” and became a series regular that same year on the Bill Cosby-hosted sketch comedy series “Cos.”

Ramsey’s signature breakout role would come with 1984’s “Police Academy” in which she played the soft spoken Officer Laverne Hooks. New Line released seven films in the “Police Academy” franchise between 1984 and 1994, and the series helped launch the careers of several stars including Steve Guttenberg and Kim Cattrall. The franchise spawned a short-lived animated series and a live-action series that ran for 26 episodes back in 1997. Marion Ramsey not only starred in the original “Police Academy,” but also starred in the five sequels that followed.

Ramsey is survived by her three brothers.