The Chase: Bradley left shocked by fact about Jenny

In a recent episode of ITV’s The Chase, host Bradley Walsh welcomed four new contestants hoping to take home a cash prize. The players had to take on Mark Labbett to make their way to the final. However, in one round Bradley’s knowledge of his fellow co-star, Jenny Ryan was put to the test and he thought The Beast was winding him up.

In the first round of the show, contestant Jim took on Mark and despite gaining £6,000 in the cash-builder round, Mark ended up knocking him out of the competition.

Next up was contestant Nuala and when she headed to the table, one question came up that puzzled host Bradley.

“How are the fact researchers on the TV show ‘Q.I’ known?” Bradley asked and he offered his own opinion: “Never heard of them.”

Both Nuala and Mark selected the answer Elves, which was revealed to be correct. 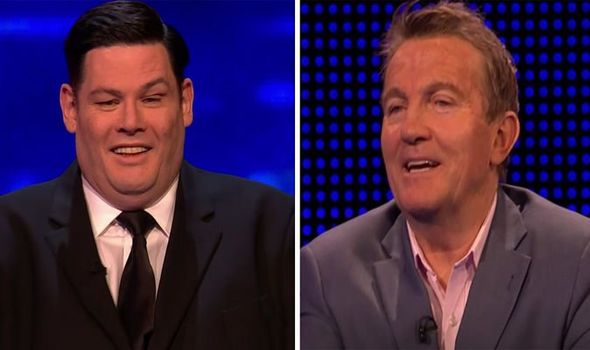 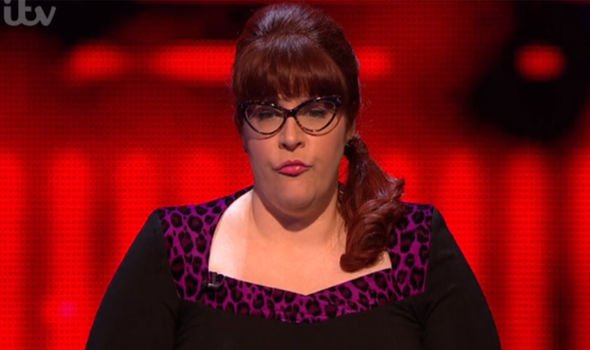 Mark was quick to point out Bradley should have known the answer himself by explaining: “Well, you know a QI elf.”

“I do?” Bradley responded and Mark revealed: “Yeah that was Jenny’s job before she became a Chaser.”

“Well, where do you think that kind of skill base comes from?” He added.

Bradley was in disbelief at this fact: “She was not!”

“Why do you think she’s got all those green outfits?” Mark jokingly said. 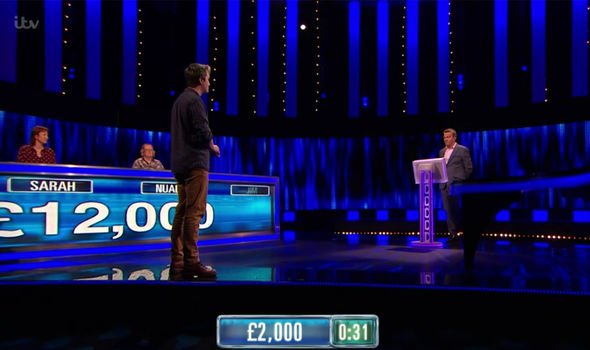 Dumfounded by the fact, The Chase host asked: “Are you on a wind-up today or what?”

“No I’m not she genuinely was a QI elf,” Mark revealed.

Nuala ended up making her way to the final round alongside fellow competitor Sarah.

The duo had to then work together answering as many questions correctly as possible, having built up a jackpot total of £12,000.

Unfortunately, the pair didn’t quite do enough as the Beast managed to catch them up with 20 seconds remaining on the clock.

Bradley did manage to his own back on Mark during in the show.

Mark faltered on a question about Daniel Craig, as he struggled to recall her name.

“I can picture her face” he explained, despite not being able to produce her name.

Mark commented that this was an issue he often came across when having to name celebrities.

“I can picture the person but can’t name them,” he revealed.

The Chase airs weekdays on ITV at 5pm.

What was said in today’s press conference about the furlough scheme and PPE? – The Sun

Machine Gun Kelly, Megan Fox Get Close In First Look At ‘Midnight In The Switchgrass’