Home » TV & Movies » Marvel might be adding a female Muslim superhero to the MCU with Ms. Marvel

It looks like Ms. Marvel is finally one step closer to joining the MCU.

During an interview with the BBC, Kevin Feige revealed that a film with the Muslim teen superhero Kamala Khan is “definitely sort of in the works”.

“Ms. Marvel, which is another character in the comic books, the Muslim hero who is inspired by Captain Marvel, is definitely sort of in the works. We have plans for that once we’ve introduced Captain Marvel to the world.”

The character, who is of Pakistani descent from New Jersey, is a fan-favourite character that comic lovers have been championing to have her own starring role in the MCU. 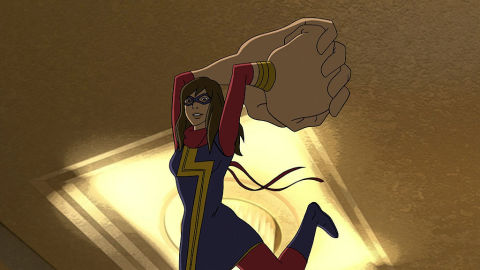 Inspired and mentored by Captain Marvel, a solo film or TV series with Kamala Khan front and centre would slot in well in the Captain Marvel-verse.

Although it is too late for her to make an appearance in the upcoming film, she could definitely show up in a sequel should it be commissioned.

As for the upcoming Captain Marvel outing, we know that it will be set in the 1990s and she’ll be the first superhero Nick Fury ever comes across.

“We wanted to explore a period before Samuel L. Jackson’s Nick Fury had any idea about any of the other heroes and crazy stuff going on in the world,” Marvel boss Kevin Feige previously revealed.

“You know, we first met Nick when he told Tony, ‘You’re part of a big universe. You just don’t know yet.'”