Tessa Thompson has joked about her pretty notable absence from Avengers: Infinity War.

The actress joined the MCU as Valkyrie in last year’s Thor: Ragnarok and was presumably on the Asgardian refugee ship alongside Thor (Chris Hemsworth), The Hulk (Mark Ruffalo), Loki (Tom Hiddleston) and Heimdall (Idris Elba) when Thanos (Josh Brolin) and his Black Order muscle rocked up.

Given the information handed to us in Avengers: Infinity War, we’re left to assume everyone on the ship at the time of the attack – bar Thor and The Hulk – is dead.

However, a lot of Marvel fans are in total agreement that Valkyrie wouldn’t have been killed off-screen with no emotional goodbye or reference to her death.

So, where the heck is she? 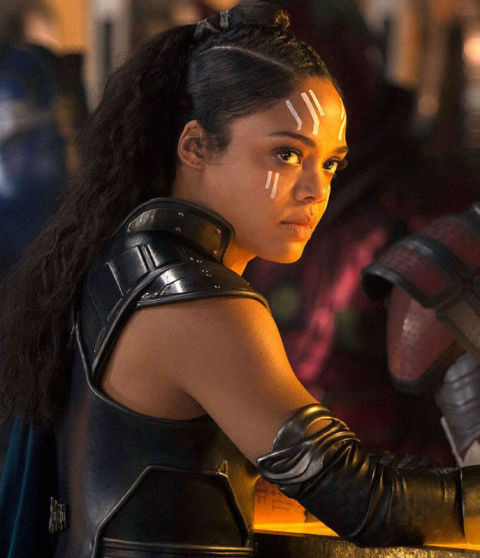 As this mystery went unexplained during the rest of Infinity War‘s running time, as well as its post-credits scene, Valkyrie’s absence led Twitter users to bombard Tessa with questions about her whereabouts.

And the actress was more than happy to share her own suggestion as to where Valkyrie was during Infinity War.

Hint: it’s probably not where you were expecting.

“Me in Infinity War,” the actress said alongside a Photoshopped image of Bucky (Sebastian Stan) holding a goat in Wakanda.

We assume this is a joke – given Tessa is a self-proclaimed goat fan (and the subject of the most bizarre crossover Twitter account) – but this is the MCU.