Is another song on Zoey’s own Playlist? Is Snowpiercer about to face its most monstrous threat? What’s ahead for Batwoman‘s ex? Who quarantines with whom on MacGyver?  Read on for answers to those questions plus teases from other shows!

I am a huge fan of Zoey’s Extraordinary Playlist and am thrilled it’s coming back. Do you have any scoop about Season 2? –Kay
The NBC series is back in fine form with its moving Season 2 premiere (airing Tuesday, Jan. 5), which features a cleverly staged family musical number about carrying on in grief, an unexpected new partnership and, yes, a major development in the Zoey/Max/Simon love triangle. Bonus teaser for the new season: We have not heard the last of Zoey’s singing — but it won’t happen in the same way that it did last season.

What will happen to Sophie’s role on Batwoman? –Belle
Let’s just say that the Crows badass (played by Meagan Tandy) has her own complicated history with Ryan Wilder (Javicia Leslie) aka she who would be the new Batwoman.

Are there any plans for Julia in Season 2 of Batwoman? –Justin
Let’s just say that “Bruce Wayne” (played by Warren Christie) would be wise to steer clear of Alfred’s daughter (Christina Wolfe), whilst roaming around town. 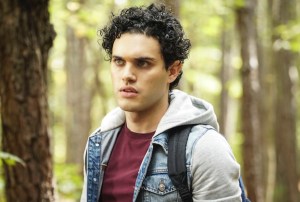 I love Legacies with a burning passion! Any scoop? Really, I’ll take anything!  —Katie
The first few episodes of the CW drama’s third season (premiering Thursday, Jan. 21) finally explore the backstory of a key member of the Super Squad, resulting in a series of twists we promise you will not see coming. (Seriously, just when you think this show has thrown everything it’s got at us… along comes this.)

I’ve never written you before, but I am wondering if you have any updates on Season 2 of Blood & Treasure? Last I heard, they started filming way back in October 2019, but I did not hear if they got through filming before the pandemic started or if/when it will return to the CBS schedule. –Justin
The good news: I can confirm that production on Season 2 of the adventure drama has wrapped. The sliiiightly less-good news: CBS has not yet set a premiere date.

What can you tease about MacGyver‘s quarantine episode that’s coming up this season?  –Amel
If you loved seeing Henry Ian Cusick’s Desmond romance Penny on Lost, just wait until you see him “stuck” in quarantine with Sofia Walker (played by Camilla Arfwedson). I mean, there’s sword play, fierce drumming, rocking out…. All told, Russ’ romantic fling takes on a longer, and more complicated, turn when they then quarantine together. Meanwhile, Mac, Bozer and Riley witness from their own bubble — and then try to stop — a crime in progress at their neighbor’s house. 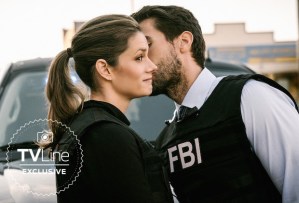 Hey! Any scoop on Maggie Bell from FBI? –Saf
In one of the CBS drama’s January episodes, Maggie is shocked to find out that Nestor, the FBI agent she’s dating, has been keeping a major personal secret from her. Any guesses?

I loved Snowpiercer and cannot wait for Season 2. Anything to share? –Ann
The Season 2 premiere (airing Monday, Jan. 25 on TNT) picks up right where the finale left off, complete with Melanie traipsing around in the frigid outdoors, in Big Alice’s shadow. It’s not long before Andre leads an attack against their new “neighbors,” but there is no way you can predict the obstacle they run into.

Anything on SEAL Team? –Kristine
Though Davis when last we tuned in was worried that with her promotion comes greater scrutiny, maybe, just maybe, she and Sonny will give things another go. “They both kind of made it through their own journeys in Season 3, having broken up and found potential other partners, but they always seem to find their way back to each other,” showrunner Spencer Hudnut notes. “Particularly with Davis settled into and now thriving on that job, she might have a little more bandwidth for her personal life.” 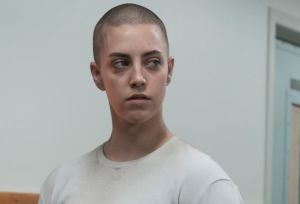 Anything you can share for next season of The Boys? –Valerie
Don’t be surprised if we see the super powerful Cindy from Season 2’s sixth episode again. While there was “no immediate plan” to bring back Ess Hödlmoser’s supe when TVLine chatted with showrunner Eric Kripke following the installment, “it’s just good common sense as a showrunner to just plant land mines,” Kripke added, “and I can almost promise that before the series is over, Cindy will return.”

Just wondering if you have any intel on John Nolan’s love life in the upcoming season of The Rookie. Will Grace (played by Ali Larter) return? –Rachel
I ran your Q by showrunner Alexi Hawley, and the answer in a word was no. “Her storyline ended when she broke up with Nolan to go back to her husband,” the EP explained. “There was never a plan to have her back in Season 3.” 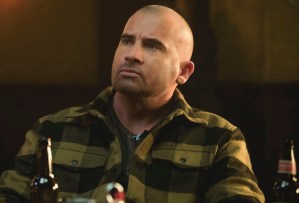 Is Mick’s daughter, Lita, returning for Season 6 of Legends of Tomorrow? –Derrick
I can confirm that Mina Sundwall (Lost in Space) will indeed be back during Season 6.

Hello! Can we have a tiny spoiler on Magnum P.I.? –Emilie
Hello! And yes! Later this season, when Magnum and Higgins get caught during a stake out, they pretend to be a married couple checking out the houses in the neighborhood.

If you want the Inside Line on a favorite show, email [email protected]! Questions left in Comments will not be read and may count against your final score. (With additional reporting by Andy Swift and Vlada Gelman)

Florida man kills neighbor in dispute over cat, allegedly known as 'a hothead'