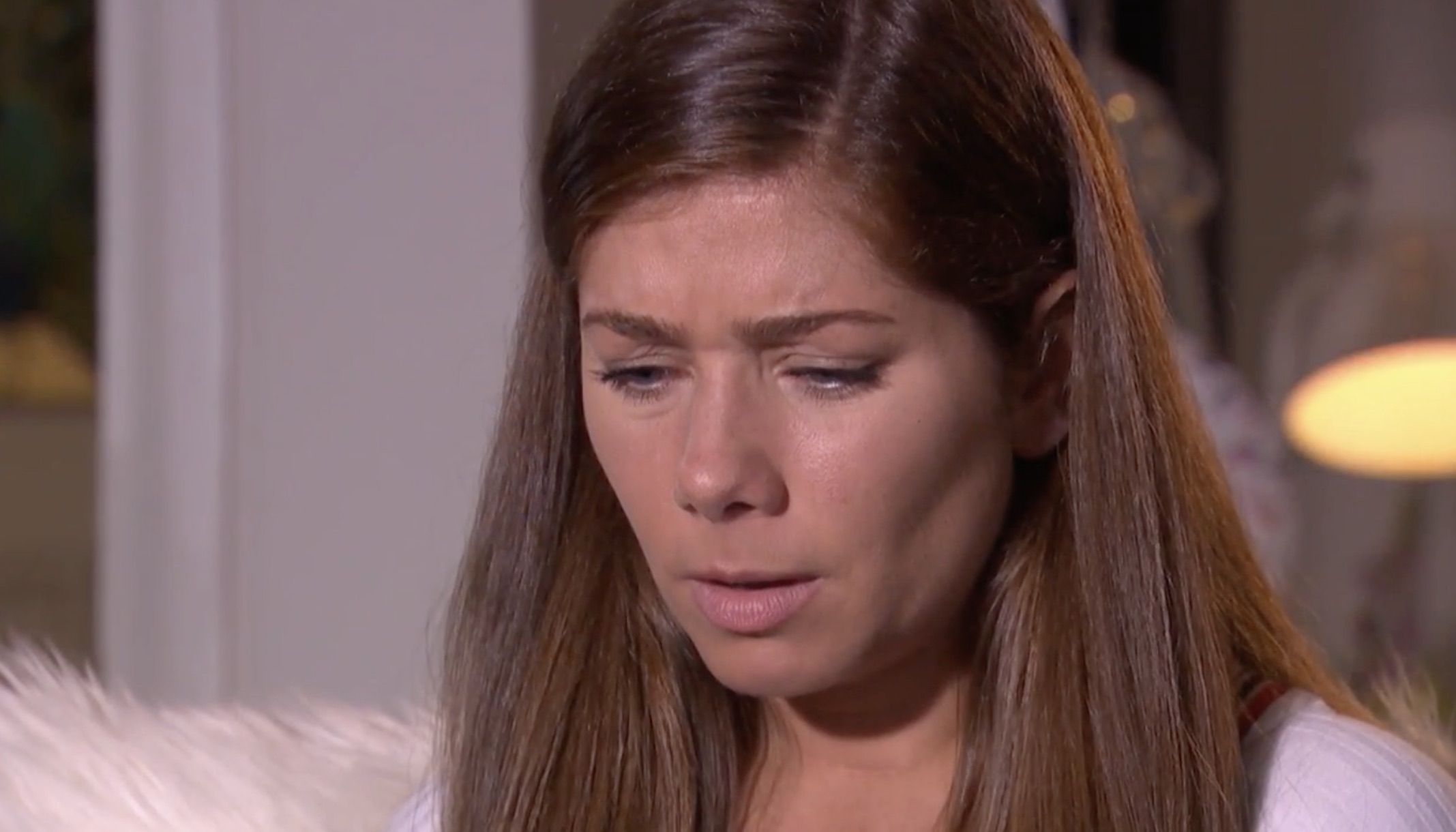 Maxine Minniver (Nikki Sanderson) was left in complete and utter shock in Hollyoaks, after discovering that she did not sleep with Fergus Collins (Robert Beck).

Fergus, as viewers know, got Max drunk several months ago and claimed they had sex.

Maxine was appalled at the time, feeling awful that she could’ve not only betrayed Warren Fox (Jamie Lomas), but also mum Trish (Denise Welch).

But she now knows the truth!

Warren’s arrest for Bluebird and trafficking has left her struggling to come to terms with everything, especially given that she’s been receiving text messages from Warren, who claims that Fergus is to blame for her ordeal.

Wednesday’s (November 17) edition of the Channel 4 soap saw her meet up with Verity Hutchinson (Eva O’Hara), in addition to several other girls who had been violated by Project Bluebird.

Verity wanted to help everyone come to terms with what they’ve been through, and thus she suggested that they stamp on a copy of the restored footage, which she provided on a hard-drive.

Maxine, however, decided to take the footage of her home, and proceeded to watch it.

And upon viewing footage from the night of her so-called betrayal with Fergus, she was left speechless.

Fergus could, quite clearly, be seen getting undressed and lying down beside her, making it appear as though they’d had sex on the evening in question.

Will Maxine realise that Fergus was to blame for Project Bluebird, and that Warren is innocent after all?

Government urged to close loophole that allows extremists to radicalise others

Ruin the healthcare system from the comfort of home

Coronation Street's Carla Connor actress Alison King got her big break on a rival soap – but can you remember which one?

Why Fans Think PartyNextDoor is Talking About Kehlani in 'Savage Anthem'