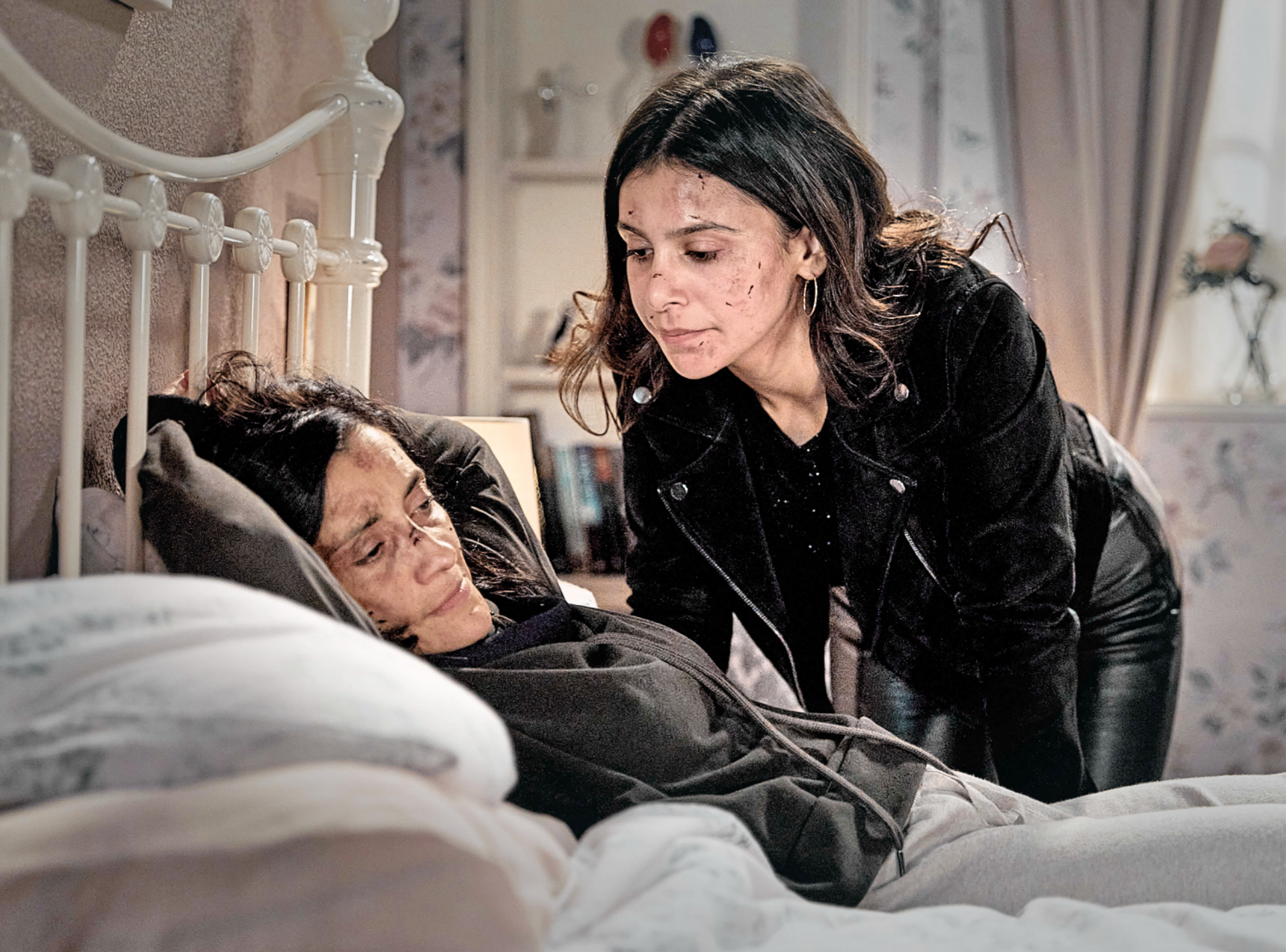 The crazed killer, who has claimed three victims thus far, is hellbent on keeping her murderous secrets hidden, and therefore she sets about taking another life in upcoming scenes.

This time, however, it’s much closer to home for her, as the target is none other than her own sister Manpreet.

Manpreet, as viewers know, is not on the best of terms with Meena at the minute, after the latter meddled in her love life, ruining whatever hope she had of a reunion with soulmate Charles Anderson (Kevin Mathurin).

The GP is given reason to suspect that Meena is more dangerous than she initially thought when she finds out that her sibling is claiming to be pregnant with Billy Fletcher’s (Jay Kontzle) child.

Manpreet reckons that she’s lying, and she later shares a conversation with a woman named Carol, who is the sister of Nadine – one of Meena’s victims.

Tensions are set to rise over the festive season, with Manpreet making a number of huge discoveries in the process. Meena, desperate to stop the truth about her killings from being revealed, makes an attempt on her own sister’s life.

Yes, Manpreet’s efforts to put a stop to Meena’s chilling antics backfire quite dramatically, as Meena ends up taking her prisoner, holding her captive in disturbing scenes.

Could Manpreet be murdering Meena’s next victim?

Emmerdale airs weeknights at 7pm with an extra episode on Thursday at 8pm.

Will Kate Middleton Have to Curtsy to Prince George When He Becomes King?