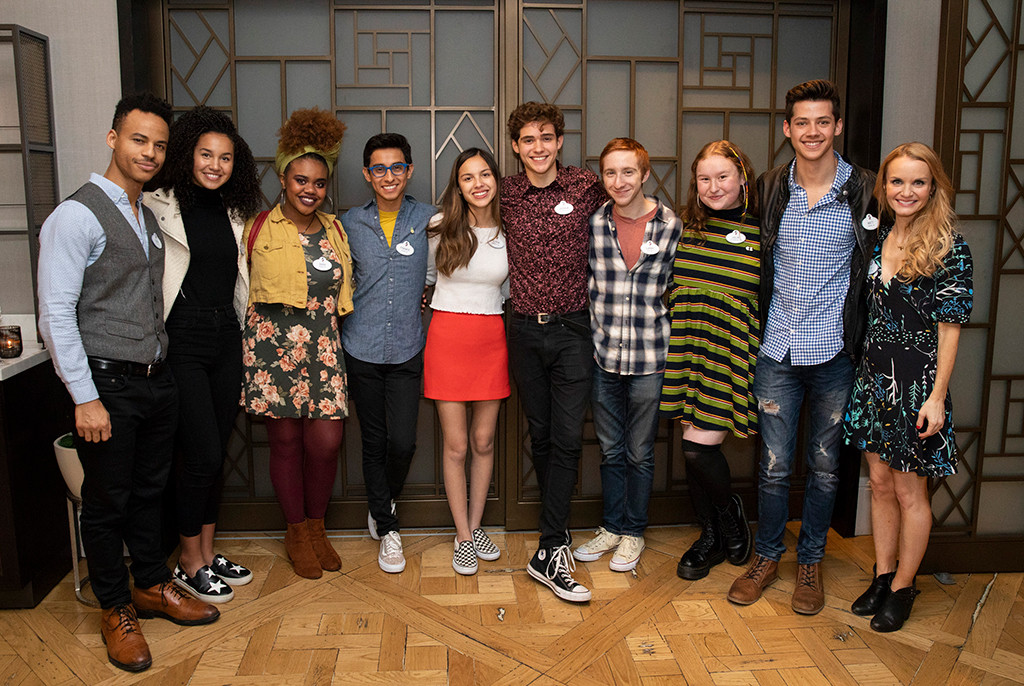 The 10-episode series follows a group of students as they gear up for opening night of their school’s first-ever production of High School Musical. Expect show-mances; tested friendships, rivalries, and changed lives.

“The challenge we handed the creative team was Herculean. How do you recapture the joy and the magic of the original High School Musical movie…and simultaneously reimagine it completely?” Gary Marsh, president and chief creative officer of Disney Channels Worldwide, said in a statement. “That’s like trying to solve a Rubik’s Cube blindfolded. And Tim and Oliver – and this amazingly talented and diverse cast and crew – have done exactly that!”

“We are truly excited about this extremely talented cast and the fresh and contemporary take on this globally beloved franchise,” Agnes Chu, senior vice president of content at Disney+, said in a statement.  “From the music and dance, to the characters and hilarious meta references, there is something here for fans of the originals, as well as people who are new to East High.  It’s going to be an unforgettable viewing experience for Disney+ subscribers.”

'Rugrats': The Question That Inspired a Show Told From a 'Tiny Human's Point of View

Scammers trick Britons out of £750m: Fraud losses soar by 30% in year