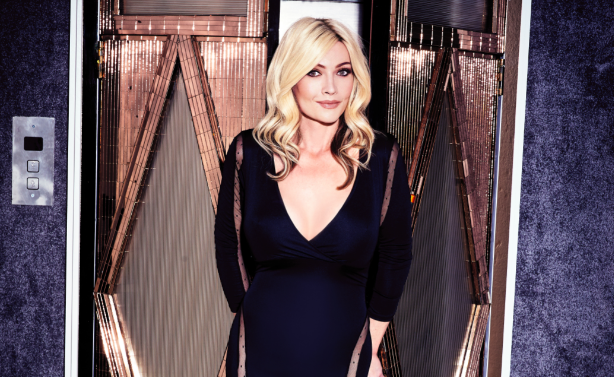 It’s no secret that there is a dark underbelly to the world of showbusiness – and that some famous names aren’t necessarily what they portray. And, like an industry, not all people are one another’s cup of tea.

It’s clear in new novel Ruthless Women, a salacious, exciting and gripping insight into the goings on on the set of fictional soap Falcon Bay, that many of the scenes and characters are based on people met by agent of two decades Melanie Blake.

Queen of the soap comeback, Melanie has represented the likes of Claire King, Stephanie Beacham and Gillian Taylforth and enthused about how strong, hard working and friendly most soap stars are.

But of course, that isn’t the case for everyone – and Melanie isn’t someone afraid of holding back.

She told Metro.co.uk: ‘I must be friends with the people I work with and I have to be a fan of what they have done as well – and that has in the past led me down a bad route to some poisonous people that I should never have done. Some actresses are much better at acting than some people think because in real life, they’re actually f*****g monsters.

‘I learned a lesson about five years ago and had a massive clear out of toxicity from my agency. There are several women on television who are absolute stone cold bitches, monsters, traitorous evil witches who masquerade as the nation’s favourite sweetheart. There’s no pay check that’s worth it to put up with that kind of stuff I realised.’

Addressing the characters in the Sunday Times bestselling book, she enthused: ‘These people in the book are all over 50 and having amazing sex – life has changed. It’s refreshing to have a book right now, showing older women loving, laughing, living – they’re superhuman women. Just like real life soap stars as they have to deal with that world and real life.

‘I wanted to write a moral tale and the comparison with Devil Wears Prada is interesting as it was from an intern’s point of view. And this is the take on showbusiness to make people realise that the industry is just not normal in any way, shape or form. If it was normal, it wouldn’t be special!

‘I have had some monstrous meetings at ITV where you just think, “how do you sleep at night talking about someone like that?” Women who read this book have said they always knew it was like that behind their back. You know when you just know that you know something? And boy, the actresses know.

‘So what else are women having to not say or even things that have been said to her that was normalised at the time? Some things only register years later that this is wrong. Always along the line, if they hear someone talk about someone in a gross way, they will always wonder if they too are being talked about that way.’

She added: ‘If you have ever provided entertainment for this country, the country owes you. They might as well be working in Chinese factories. Masks and shields everywhere, learning scripts, 12 hours day – soap stars are icons!

‘And it’s the hardest bloody work you’ll ever do as an actor, let me tell you! They’re exposed to everything, underpaid, overworked – who’d be a soap star!? I genuinely think that soap stars deserve far more celebration and zero snobbery – the industry chews them up and spits them out, they really are signing a deal with the devil sometimes. They should have pensions and other schemes for the hard work they do and what they have to put up with.’

You can buy Ruthless Women on Amazon now and find out what all the fuss about – it’s a rollercoaster of a read!

Outlander's Jamie Kicks Up His Heels: Sam Heughan on Fraser's Frisky Fling (and Why Claire Liked to Watch)

Parents could be alerted if child on verge of uni breakdown