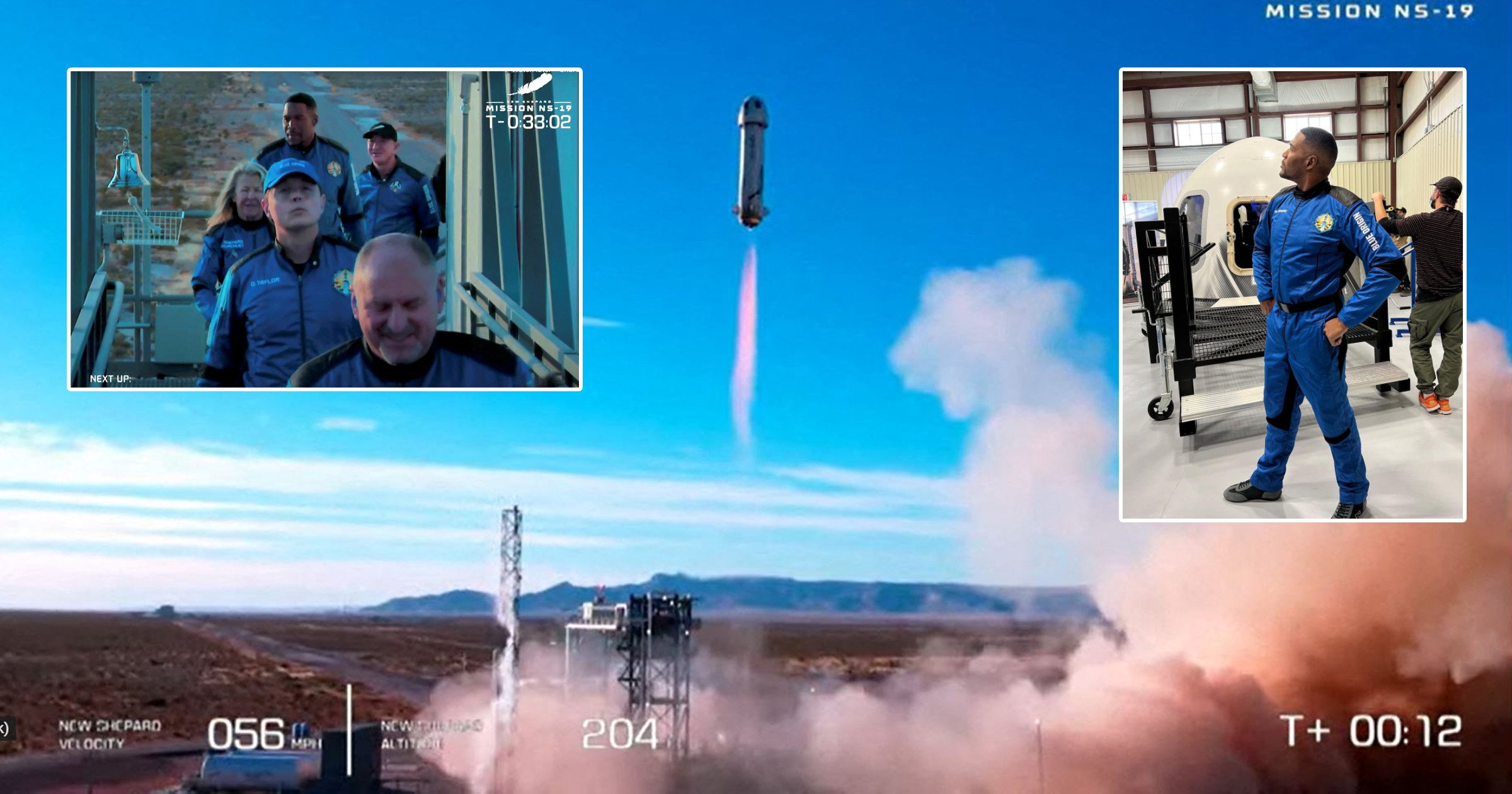 Alongside the daughter of famed astronaut Alan Shepard, Laura Shepard Churchley, and four paying customers, the crew took a ride to the edge of space on one of Jeff Bezos’ suborbital space tourism rockets.

The rocket launched at 10:01 a.m. ET from the company’s launch facilities near the rural town of Van Horn, Texas.

The capsule successfully landed after a 10-minute flight, with Amazon founder Bezos opening the vessel’s door to cheers from the crew.

This is the third manned Blue Origin flight, and the first time all six seats in the New Shepard rocket and capsule have been filled.

Strahan’s trip makes him the first US news anchor to leave Earth, with the 50-year-old excitedly confirming his trip into space on a show in November.

There was also a special VT following his journey from American football player to rocket man, including the emotional moment he picked up his uniform.

‘In less than three weeks, on December 9, I will be blasting off in the next Blue Origin space launch,’ he told the panel. ‘There we go, I’m going to space!

‘Blue Origin, they approached me and they asked if I wanted to be a crew member. Without hesitation, I said yes!’

Addressing what made him take them up on the offer, the presenter continued: ‘I wanted to go to space. I think being there at the first launch, it really was mind-blowing. Innovators have been risk takers.

‘It’s going to take a while but I do believe but I think it will bring a lot of technological breakthroughs and also innovations to us here on Earth. I just wanted to be a part of it. I was really enamoured by the first flight I saw.’

Strahan’s flight follows Star Trek actor William Shatner’s record-breaking flight in October, at the age of 90, and Bezos’ own trip in July.

This is a breaking new story. More to follow…