Former Coronation Street star Michelle Keegan has revealed that she’d return the ITV soap – despite the small matter of her character being dead!

The Our Girl actress, played Tina McIntrye from 2008 to 2014, when the barmaid was murdered by villain Rob Donovan.

But despite the fact that Tina is very much six feet under, that hasn’t stopped Michelle holding out hope for a big soap comeback. We know that death doesn’t always stop a return in Soapland, but we’d love to see how the writers explain this one!

“I always say that I’d love to go back to Corrie”, Michelle said told Press Association (via Evening Standard). “I was always a massive fan of Coronation Street growing up and I’ll never say never. You never know what happens in the future.”

This isn’t the first time that Michelle has spoken out a Corrie return Tina, previously admitting that she was “gutted” after learning that the door was being closed so finally. 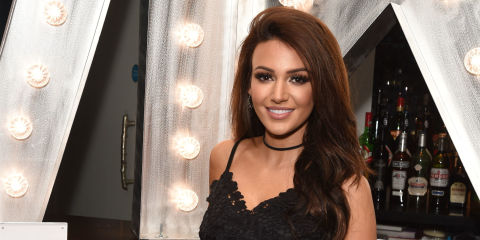 She said: “I was gutted to find out, but I gutted for Tina more than anything because I always thought she was one of those characters that could come back in the future.

”She’s got no family and I thought a relative could come in for her because she’s not had a very good life. Her dad died, she hasn’t had much luck with men – and then her life is over.”