Two aching dreams converge in the heartrending documentary “Mija,” the feature debut from director Isabel Castro. One belongs to Doris Anahí Muñoz, a 26-year-old music manager born and raised in California to Mexican parents, and the other to a Latina from Texas, who goes by Jacks Haupt, determined to a make a living as a singer.

Castro introduces her main subject, Doris, as she shops for party supplies, and soon interjects the present festivities with footage from home videos—endearing portraits to a distant past when her family was together. Six years prior, her older brother was deported. Though her professional earnings enabled her to start the process for her undocumented parents to attain legal status, they remain unable to leave the country and see their son.

Doris is their bridge. The only American citizen in a mixed-status household, she visits him often in Tijuana. Driving between countries in the company of her Selena Quintanilla car air-freshener, she imports and exports the warm embraces that can’t be exchanged in the flesh. Though she smiles through the disheartening circumstances, her poignant narration verbalizes introspective impressions on the toll that serving as everyone’s reliable source for support takes.

“Mija” is not just another immigration tale, mainly because of the lens through which the tropes are being examined: that of a U.S. born millennial, proud of the culture that molded her into the adult she is, but also forging her own unconventional career path. For parents like hers, fearful that the pursuit of a non-traditional professions may result in ruinous consequences, only a tangible financial improvement validates her efforts.

Woven into her present woes at home are glimpses of her relationship with client and friend Cuco, a young Latino star who, with her help, went from backyard shows to international fame. Their parallel ascents, Castro makes clear, represent an unprecedented moment for bicultural youth accessing spaces previously thought improbable for American Latinos of working class backgrounds. “When you haven’t seen someone like you succeed, it feels impossible,” explains Doris, speaking from personal account to a collective reality.

Early on in this dazzlingly shot piece of non-fiction filmmaking, Castro features a sequence at one of Cuco’s concerts. Faces in the crowd, of young Latinas singing along in effortless Spanglish, exemplify a powerful recognition of something familiar in the person on stage, which speaks to them and their experiences. One of those glossy visages is Doris herself, for whom music has always stood as antidote for what she cannot change. And thus, when a schism between her and the singer-songwriter comes, at the beginning of the COVID-19 pandemic no less, she scrambles to find her footing amid a new landscape of possibilities.

Cleverly, Castro made contact with Jacks, who Doris found online, before the two officially met in Los Angeles, showing us the dynamic she faces at home. Likewise the American daughter of undocumented parents worried about her wish for stardom, she finds in Doris, a handful of years older, a kinship with touches of mentorship, as well as reassurance that, while undeniably uphill, it’s plausible for her to follows creative ambitions and be compensated for her talent. 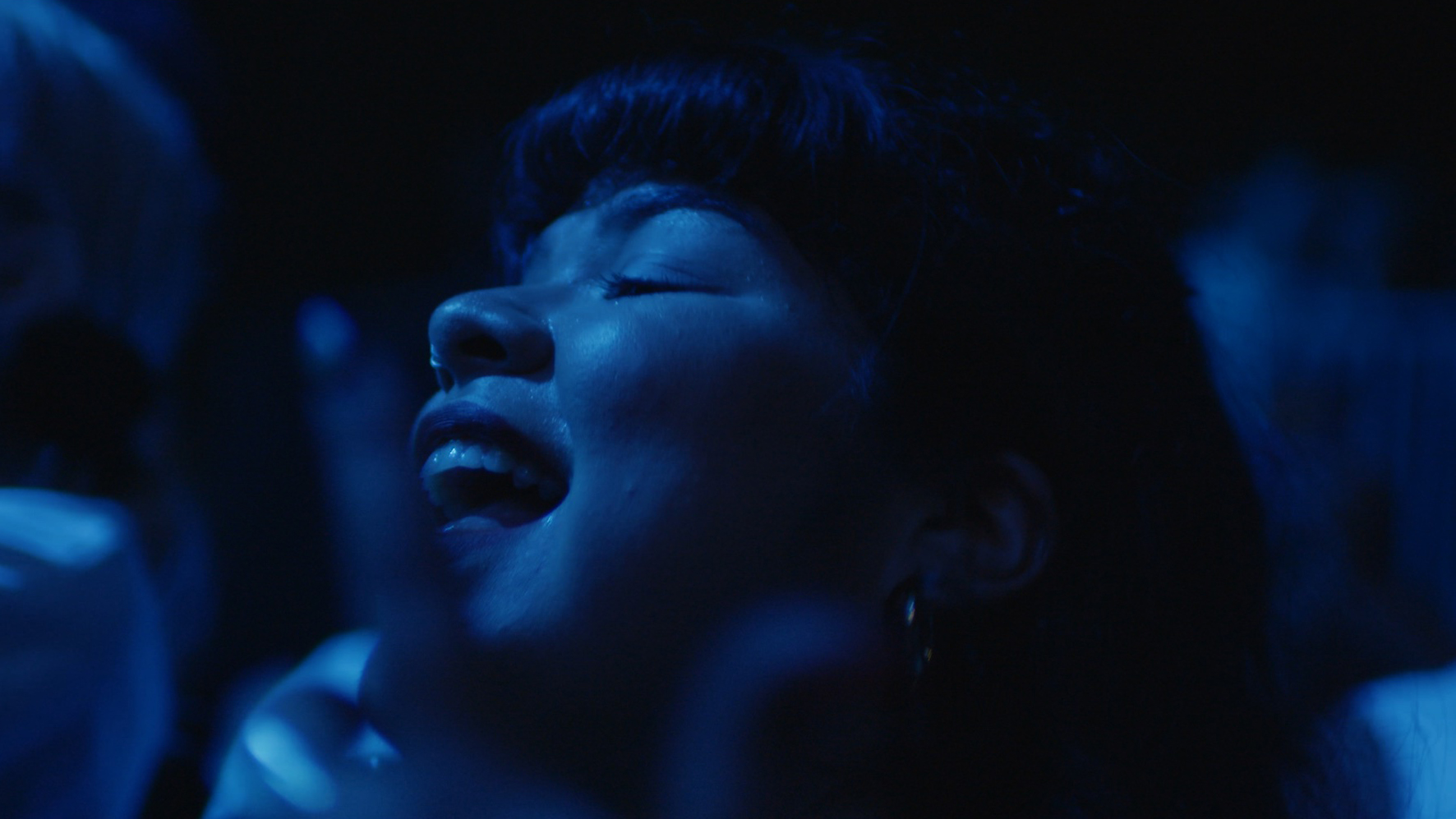 The encouragement, however, doesn’t protect Jacks from a livid phone call with her mother. Castro keeps the camera on the young woman as anger and impotence wash over her. For anyone who’s ever felt a rupture in communication with an authority figure that refuses to listen, the scene will be triggering. What makes it more aggravating, and that’s likely why the director lets it play in full, is that the fury coming from the other side of the line is the byproduct of hardship and trauma deposited onto the person they believe should save them.

For many young people whose parents lack legal documentation, turning 21 is momentous, as that is when they have the right to petition for them to be granted permanent residency, a green card, effectively pulling them out of the shadows. That this is a milestone young individuals like Doris and Jacks grow up worrying about, while others their age won’t ever have to consider the unthinkable prospect of family separation, elucidates their unfortunate position they have in an American society that criminalizes their loved ones.

Keeping within the musical theme of the project, Castro, who implements a music video aesthetic and visual rhythm throughout, portrays Jacks’ transformation on stage in alluring fashion. Dreamlike cinematography, credited to Castro herself with a team of additional camera people, submerges the two leads, on their respective but intertwined journeys, in a quasi-magical states. Shots of Doris mimicking a classic Hollywood star driving her convertible as she basks in the city lights depict her not as foreign to La La Land but decidedly a part of it. Stories centering Latinos in this country are seldom given this type of evocative treatment.

Castro doesn’t go into the administrative details of any immigration process or the politics of the issues, but concentrates on what the chance for reunification, with their child and their homeland, means in human terms for Doris’ parents. Late in the film, Cuevas deploys a tear-inducing scene at a family gathering where Juan Gabriel’s “Amor Eterno,” a devastating track traditionally played at funerals in remembrance of the departed, is sung in karaoke. That’s one of many instances in which having someone behind the camera with cultural insight like Castro, Mexican-American herself, pays off in an authentic emotional richness.

Living on the promise of a dream to be fulfilled — the quintessentially amorphous and unattained American Dream, or the Dream Act for those brought here as minors —immigrants and their descendants seek to transform that constant yearning for something better into joy and peace of mind in the here and now. A tribute to those children of immigrants, especially those in families divided across borders, pulling for their own aspirations while carrying on their backs their parents’ hopes for a life without fear, “Mija” beams with the knowledge that in its specificity it speaks to millions. That this documentary soon becomes a rock in an avalanche and not an isolated bright star of representation is the hope. As Doris would say, “aquí nomas manifesting.”

“Mija” premiered at the 2022 Sundance Film Festival. It is currently seeking U.S. distribution.

'The Big Bang Theory': Every Way the Characters Have Changed Since Season 1

Mercury in Scorpio Is Here to Start Some Serious Drama

Listen To This: Every Second With You!