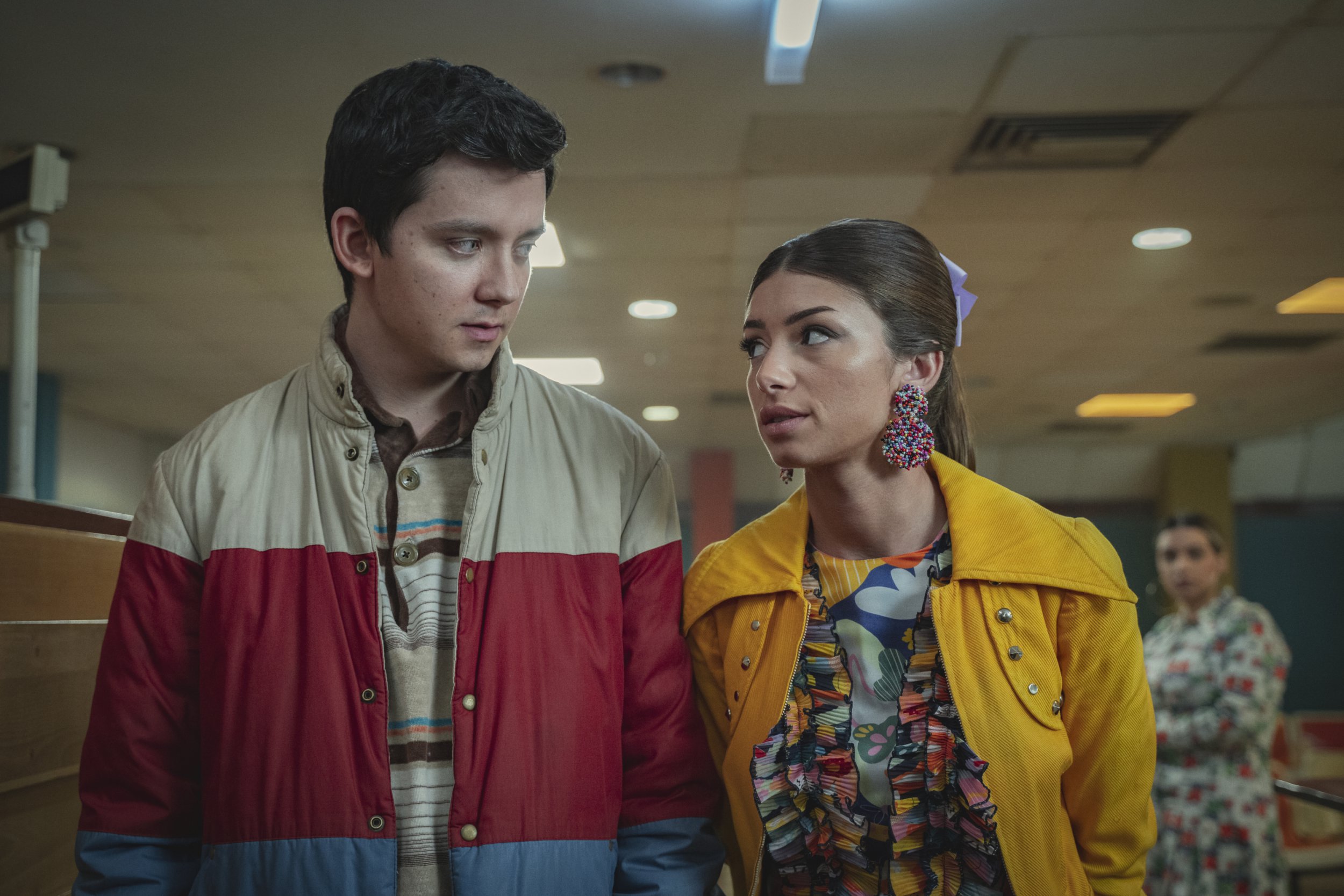 If, like me, you’ve been gobbling up the latest season of Sex Education like Goat the goat gobbled up those sexy magazines, you’ve probably been incredibly impressed by Mimi Keene.

The star has played social high-flyer Ruby Matthews on the Netflix smash since the very first season, but in the newest batch of episodes, she really soars – elevating the character from archetypal mean-girl-in-chief to someone with much more depth.

Thanks to some brilliant scripts and an unexpected new love interest, Keene continues to lean in to the funny, arrogant side of Ruby that made her so memorable in the show’s early years, and adds a rich layer of emotional complexity and vulnerability.

It’s helped propel the actress to new levels of stardom (she now has over 3million Instagram followers), but of course, many of us were already aware of how talented she is – after watching her as Cindy Williams on EastEnders as a young teenager.

She is the latest former soap star to achieve international success in a major high-profile production, and the fact that nobody’s really made much of an ‘omg’-style song-and-dance over her history on Albert Square (except, er, me in this article) is the latest thing to give me hope that the industry’s long-running snobbery against actors who come from the genre might finally be waning.

It’s been a long time coming.

I’m sure you don’t need reminding of the fact that several of this country’s greatest performers got their starts on continuing dramas – whether that’s Suranne Jones or Sarah Lancashire on Coronation Street, Mandip Gill on Hollyoaks, Jenna Coleman on Emmerdale or Ben Hardy on EastEnders.

Internationally, you even have ex-Neighbours favourite Margot Robbie and one-time As The World Turns regular Julianne Moore becoming Hollywood A-listers.

And yet, over the years, there has been a continued, lingering sense that those who appear on soaps are looked down on; like they have their abilities under-estimated, and/or – in some cases – face accusations that they were cast more for their looks than for their talents.

As a long-time soap fan, and – for nearly five years – soap writer (on Hollyoaks), that attitude has really wound me up.

Some truly exceptional performances happen all the time on soaps

Bronagh Waugh – who played Cheryl Brady on Hollyoaks for five years and has since starred in Derry Girls, Unforgotten and The Fall – revealed a few years ago that she was once encouraged to keep her time on the Channel 4 serial a secret altogether.

‘I’ve been told in the past to take the 5 years I was in Hollyoaks off my CV because it would hurt my chances at getting more “serious” roles,’ she tweeted. ‘Three series of The Fall later & I say [middle finger emoji].’

She added that her soap co-stars were ‘some of the hardest working ppl I’ve ever had the honour of playing with.’

That’s not even touching on the many who keep expanding their CVs and quietly garnering acclaim with brilliant theatre work, or less well-known screen roles.

Keene isn’t even the only example in Sex Education: Rakhee Thakrar (Miss Sands), of course, was outstanding on EastEnders, too – and several others have had one-episode gigs on shows like Doctors, Holby City and The Bill.

Hopefully, the exposure those folks are getting is continually proving to nay-sayers that these long-running tea-time programmes are stuffed full of talent.

What’s helping, as well, is that not only are former soap stars going on to other big things, but the reverse is happening: established names from across the industry are increasingly going into soaps.

At this moment alone, you have Sally Dexter in Emmerdale, Brian Conley in EastEnders, Maureen Lipman in Corrie, and Sam Tutty – the theatre world’s equivalent of Harry Styles – in Hollyoaks.

It all helps with the idea that a role on a soap is as worthy of respect as a role on anything else – and hopefully, in turn, that actors shouldn’t have to leave those shows before they get the attention they deserve.

Some truly exceptional performances happen all the time on soaps: I’m often pointing people to YouTube to watch last year’s powerful Hollyoaks scenes (written by Daniel Moulson, I should clarify – not myself) in which Jessica Fox’s Nancy and Ashley Taylor-Dawson’s Darren deal with the immediate aftermath of Kyle’s death as just one example. It’s world-class acting and there are many more examples like it across all the serials.

There will, I’m sure, always be folks who look down on the genre. But it plays such an important role in the lives of so many people; whether that involves sparking discussions or awareness with their issue-driven storylines, or just the glorious escapism that comes from a big twist or a shocking cliffhanger.

So I’m glad that stigma around soap actors seems to be slowly but surely on the decline. Keep your eyes on them, if you’re not already – you never know where the next Mimi, Suranne or Margot might come from.

Pro-Trump Protests Break Out All Over U.S. in Response to Joe Biden Victory

NBC lays off E!’s entire ‘In the Room’ staff