It’s official – Minions 2 is under way!

“We have a script,” its director Kyle Balda says from his home in Paris, having returned to Illumination Mac Guff’s studio following a period in the US. “I went back for about 15 months to do pre-production on the movie. Production is starting right now actually, in Paris, so I’ll be here for another couple of years.”

“We’re just starting – sets are being built and we’re doing some staging and some early layout for the film. And it comes out in almost exactly two years.”

Balda notes that the two-year production schedule is actually quite short compared to a lot of animated films.

“It’s pretty speedy,” he admits. “But it’s great because every day there’s a new puzzle to put together – there’s so many moving parts and things are happening at the same time. Certain parts are still in story development while others are being animated. So it’s like this beast that’s coming together that wakes up one day.”

Balda was speaking to Dragon+, the official free digital publication of Dungeons & Dragons, and a full interview will appear in Issue 21 in August. 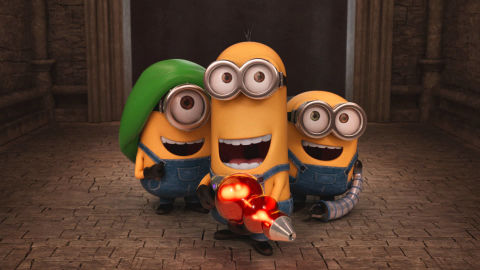 The animator and director reveals that one of his favourite pastimes as a child was to draw dungeon maps or the D&D characters played by him and his friends. He also cites Ralph Bakshi’s animated Lord of the Rings film and Ray Harryhausen’s Clash of the Titans as influences.

“I didn’t know I wanted to do animation when I was that young, I just understood that I was surrounded by this magical medium. And Dungeons & Dragons was a way to play with story, all of it completely unconsciously. It was just fun.”

The original Minions also looked much more like fantasy orcs. “They were these huge monsters with all kinds of armour and battle axes and each one looked different,” Balda says. “They weren’t as much fun as these cute little guys who do stupid things. Because Gru was this gruff, curmudgeonly character, they provide a nice balance to him.”

Samsung Galaxy Book S review: So much to like …if you can handle the compromise

Just bought this Samsung Galaxy phone? We’ve got some flippin’ bad news for you