Now that This Morning’s Holly Willoughby and Phillip Schofield are taking their summer break, regular Friday hosts Eamonn Holmes and Ruth Langsford are presenting during the week and leaving Friday open to a wealth of guest hosts.

And it helped that the duo managed to instantly win This Morning viewers over after introducing themselves as “Cox and Ball – or Ball and Cox”, setting today’s broadcast off in humorous style. 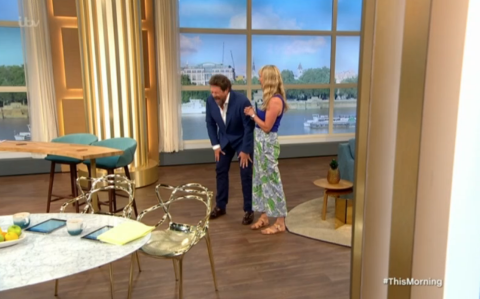 Their on-screen chemistry seemed incredibly natural, with Cox and Ball bouncing off each other with so much ease that many fans were also calling for the two to be asked back by the show’s producers.

Of course, it didn’t take long before viewers turned to Twitter to share their joy at today’s hosting duo – and their cheeky opening joke:

Today’s This Morning featured Love Island star Hayley Hughes discussing Brexit Nigel Farage (yes, really), as well as an interview with a woman who believes she can talk to the dead.

But one of the biggest talking points came halfway through the show during a viewer phone-in, when Michael was surprised by a ‘prank’ phone call. 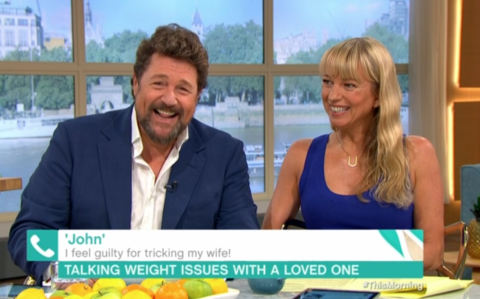 Dialling in under the name ‘John’, celebrated vocalist Alfie Boe trolled the guest host by saying: “I’m calling to say I’m just such a big fan of yours Michael. I sometimes sing with you in the shower.”

Seeming partly stunned and partly amused, Michael was slightly speechless before Alfie unveiled his true identity, with the host declaring: “You swine! You had me a little worried then!”

This Morning airs weekdays from 10.30am on ITV.