A MUM who claims her large '48J' breasts are ruining her life is told to lose weight by cruel trolls after begging for a reduction op on This Morning.

Fiona Hornby, 25, told how she has been turned down for an NHS funded boob job despite suffering from daily pain. 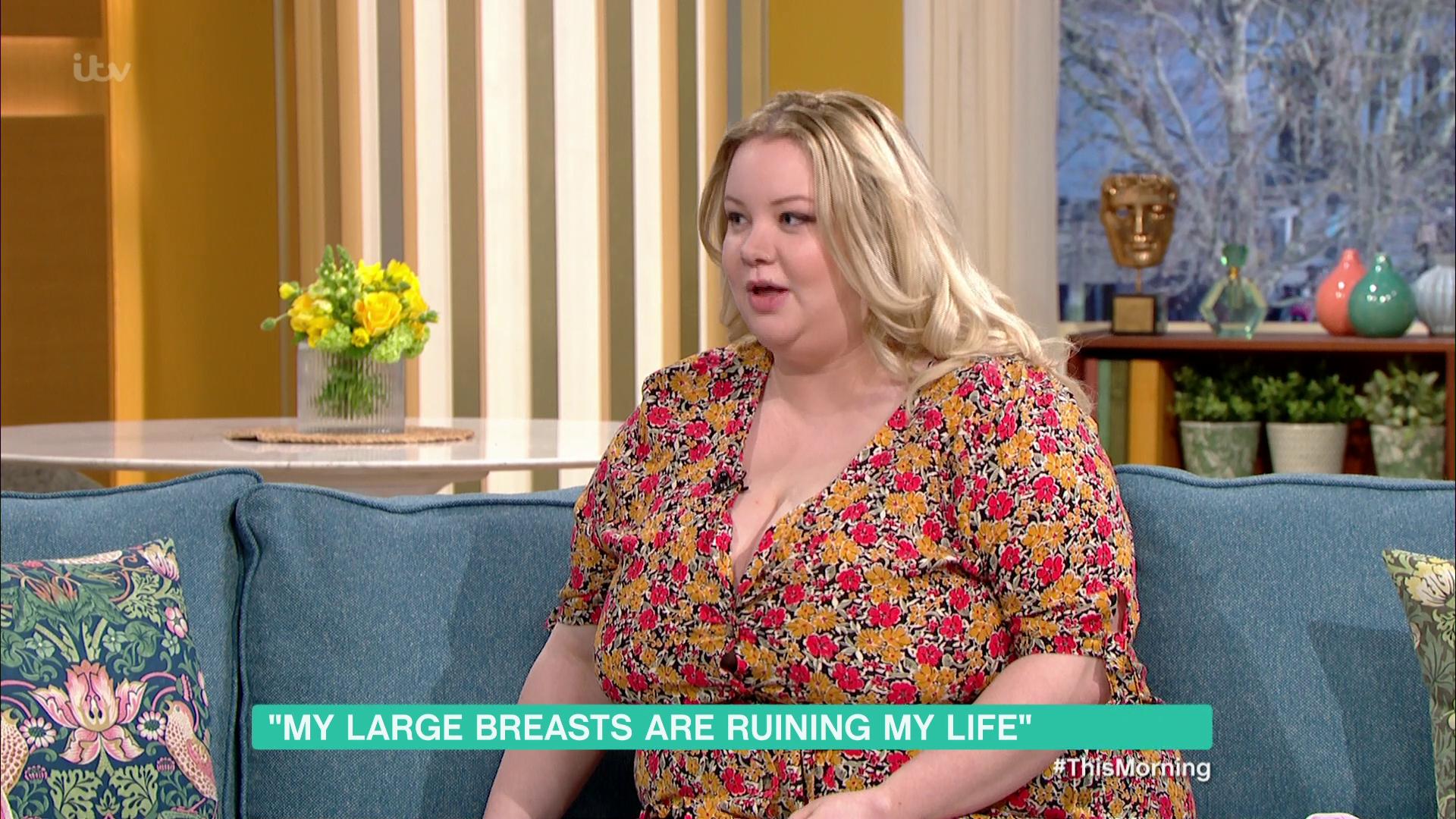 "It's so difficult every day," she said.

"It's uncomfortable with or without a bra. It's a struggle.

"They're in the way and they cause me so much pain.

"But there's no chance I'll ever get a reduction. 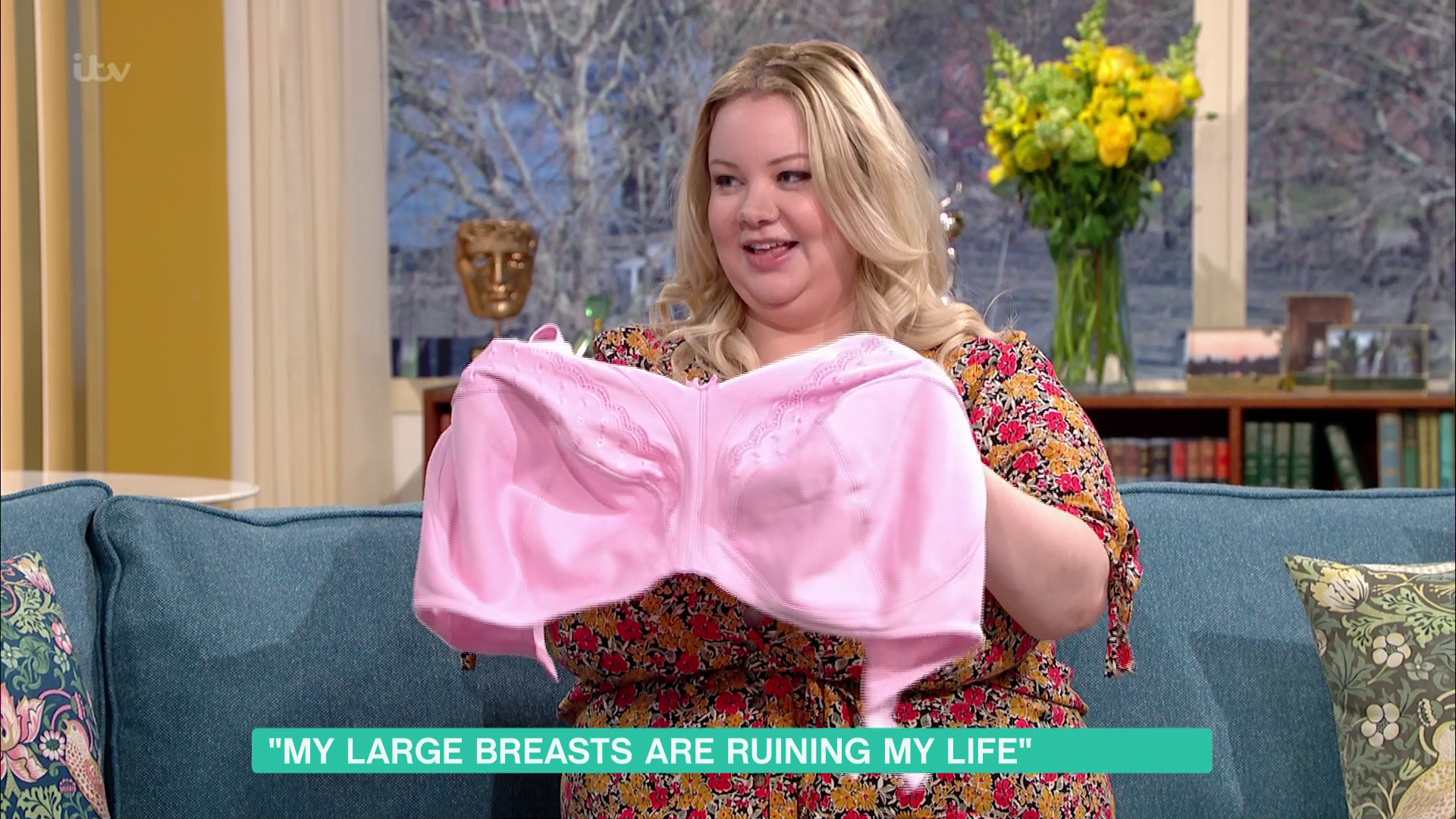 "They said it was because of Brexit. The way Britain is now and the economy there's no way you'll get it funded."

But viewers accused the mum-of-one of being too overweight to qualify for a quick-fix.

One said: "Can she not try and loose weight ffs? #ThisMorning."

Another added: "Can't think of the medical term for what shes got… oh yeah, she's fat! #thismorning." 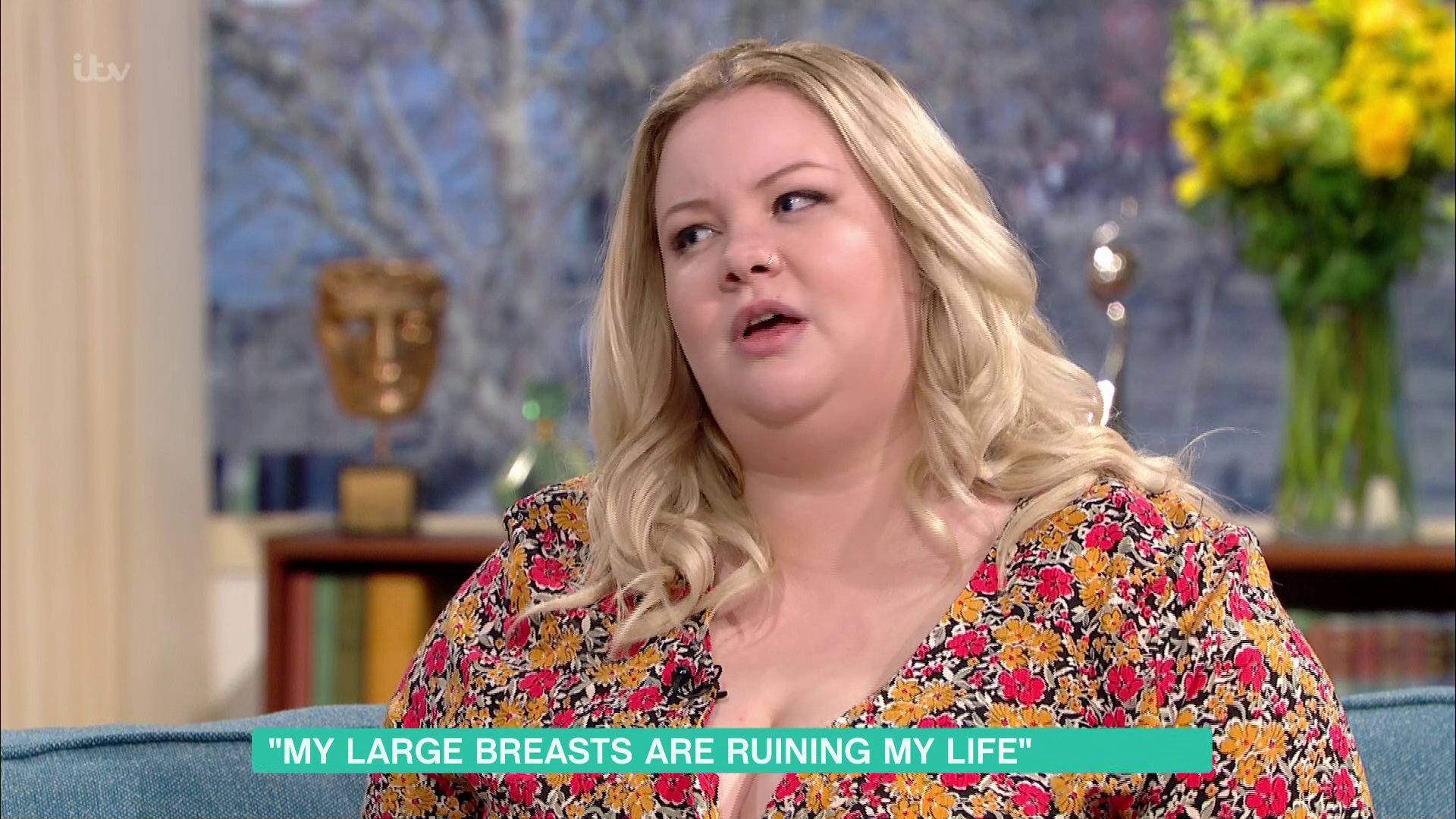 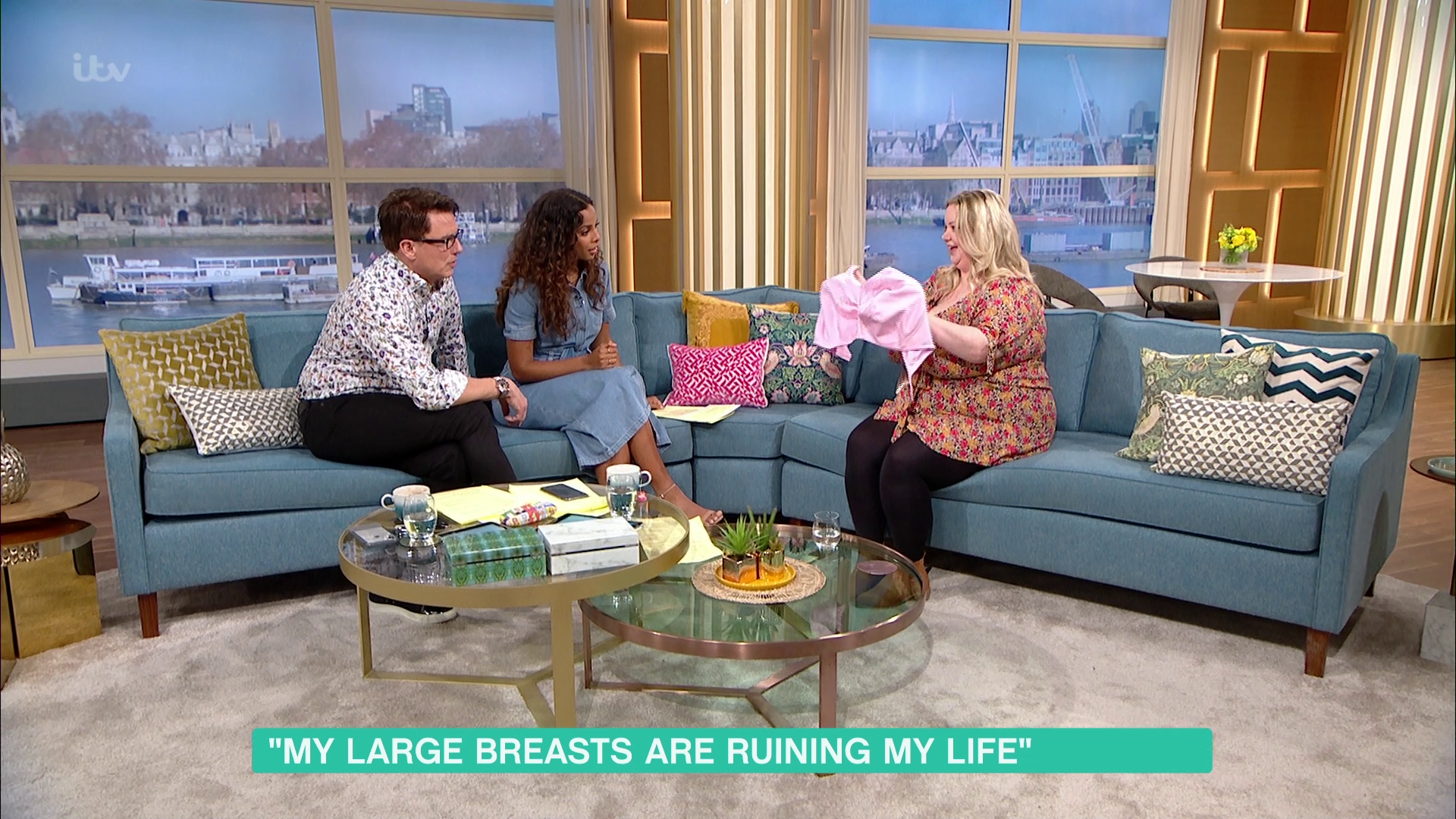 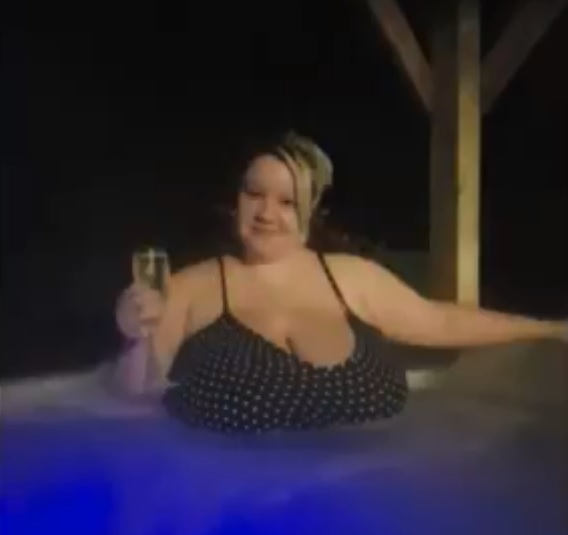 MACROmastia is a condition defined as having abnormally large breasts.

It is said to be casued by:

Someone else said: She must be on the seafood diet..she sees it she eats it. #thismorning."

Another viewer said: "Oi you on #thismorning with mahoosive knockers……

"No what that is …..greedy that's what……all that bosom..could've saved some for rest of us!"

A fan argued: "Only condition this lady has is ateallthepiesitis #ThisMorning."

Someone else joked: "interview over: *she types 'mcdonalds near me' into google* #thismorning." 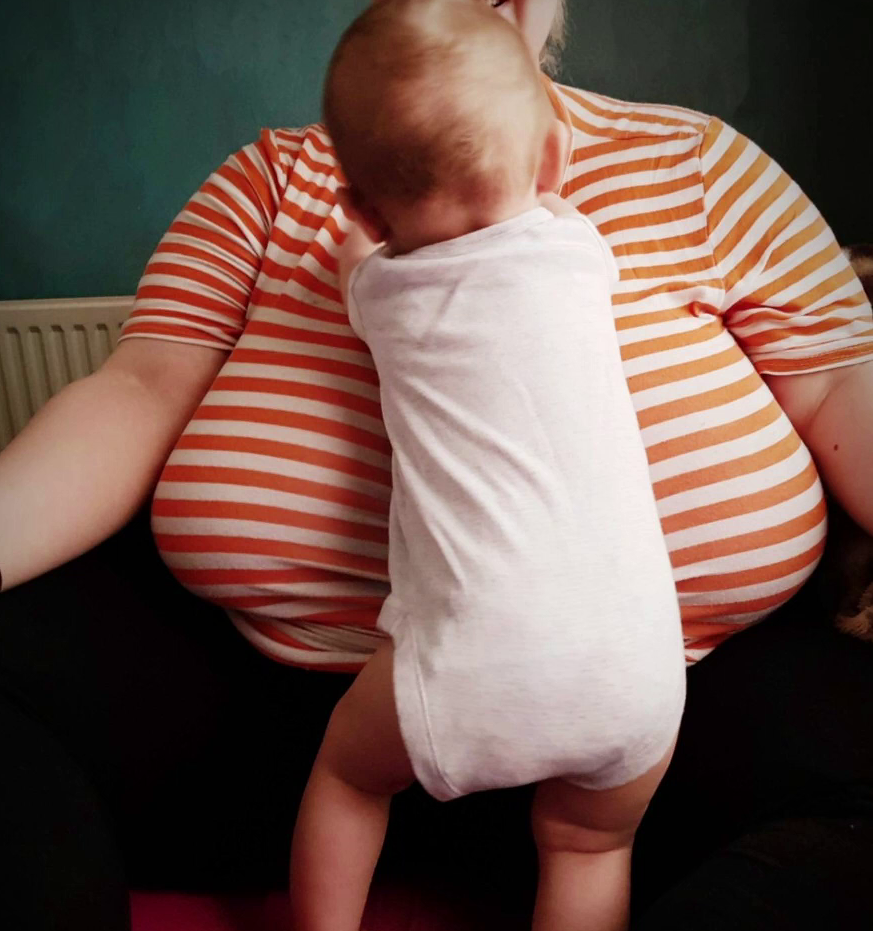 Fiona didn't shy away from addressing her size on TV.

She told guest presenters John Barrowman and Rochelle Humes: " I was a lot thinner than I am now, I was nine or ten stone and even then they wouldn't let me get a reduction.

"They haven't told me to lose weight but I'm constantly on a diet. It's difficult to exercise because of their size.

"Recently I was turned away and told it was cosmetic. It's far from that.

"I can tell they're getting bigger and it's like 'oh my god when is it going to stop'." 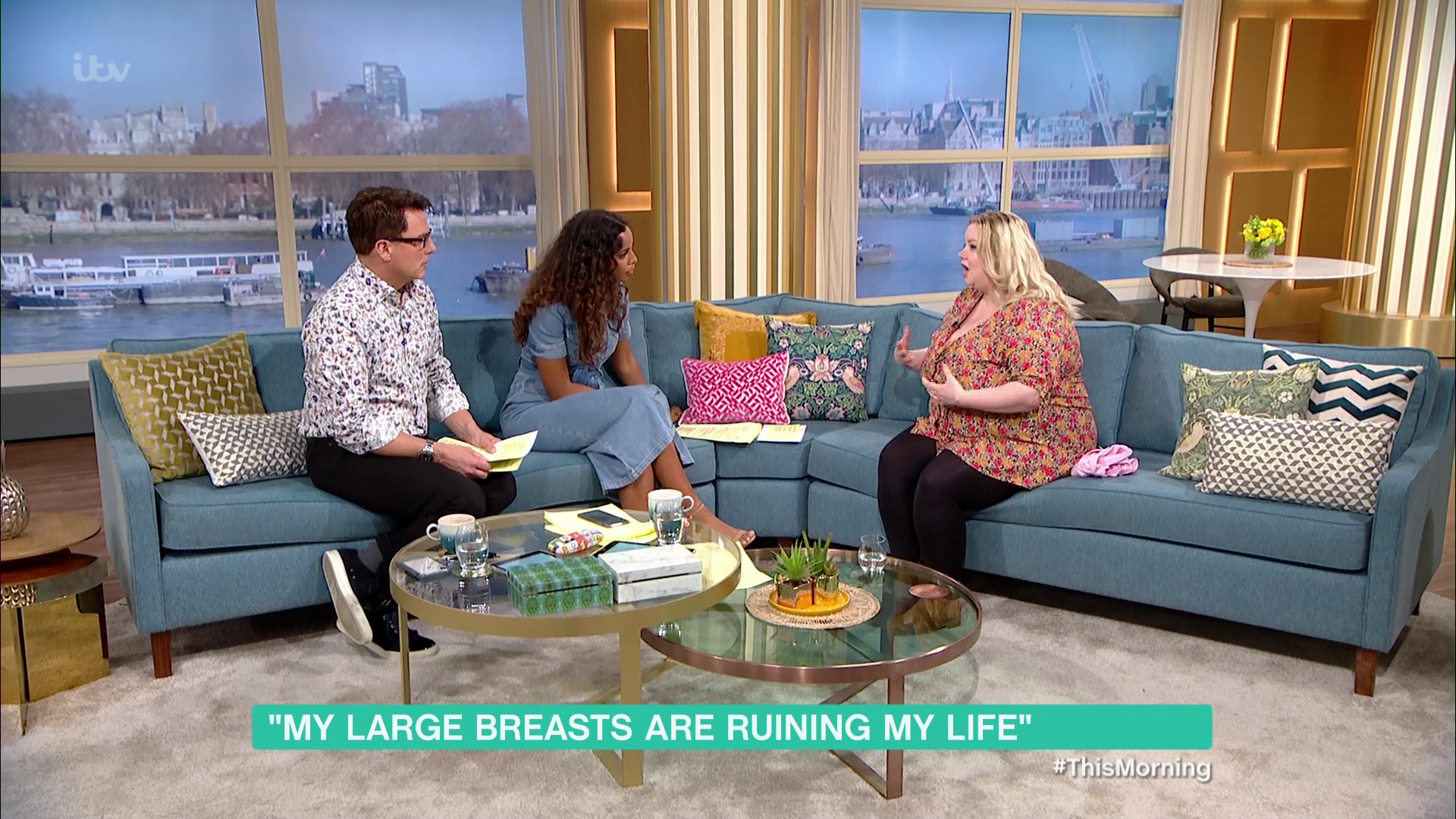 Fiona was diagnosed with macromastia in 2015, which is a condition of "abnormal enlargement" of the breast tissue.

She claims she woke up at ten years old with size C-cup bra.

Fiona now struggles to sleep, exercise or even stand up because of the size of her breasts.

The ‘Saved By The Bell’ reboot announces new cast members

Married at First Sight renewed: Lifetime series is coming back for two bigger seasons — Here’s what is changing